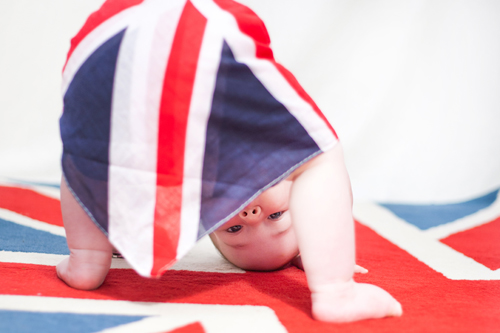 The top baby names in England for 2019 were led by Olivia and Oliver.

Along with Olivia, the top girl names in England last year include Amelia, Ava, Isla, Emily, Isabella, and Sophia.

Along with Oliver, England's top boy names include Noah, Jack, Leo, and Arthur.

England’s most popular baby names include the names of young Prince George at Number 2 for boys, and of Princess Charlotte just outside the Top 10.

Another royal name, Harry, stands at Number 3 for boys. William, the name of the future king, and Archie, the name of the Duke and Duchess of Sussex's infant son, stand among the Top 20 most popular names for boys.

Muhammad stands among the Top 10 boy names in England, and when counted with all its spellings ranks Number 1.