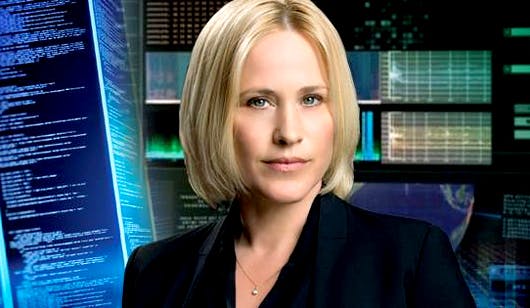 Walk into any kindergarten in America and you shouldn’t be surprised to find kids named Olivia, Quinn or Harrison. Maybe you’ll come across an Owen, Jackson or Callie too.

The names are popular picks for parents in the 21st century, which is why you’re much more likely to encounter a toddler Owen than one who’s middle-aged.

But all those names are actually characters from Scandal and Grey‘s Anatomy, two shows from the prolific Hollywood producer Shonda Rhimes. And they’re portrayed by actors in their 30s and 40s.

Rhimes is particularly fond of choosing character names that skew young (other examples: Asher, Oliver, Rowan and Abigail), but she’s by no means alone. Much of Hollywood suffers from Unrealistic Naming Syndrome (UNS), a condition that compels screenwriters to slap the name Sophia on a 40-year-old woman.

The new police procedural CSI: Cyber drew criticism for its implausible plotlines — e.g., hackers using baby monitors to kidnap infants. But the name of its main character may be the least credible part. The show would have us believe that an FBI agent played by the 46-year-old Patricia Arquette could be called Avery Ryan.

Sorry, no. Avery was a boys’ name until the 1990s. It’s now more popular for girls, but that’s a recent phenomenon. In other words, forget about hackers stealing babies — PATRICIA ARQUETTE STOLE A BABY‘S NAME.

Until now, the most egregious case of UNS was Samantha on Sex and the City. That character was played by Kim Cattrall, who was born in 1956. But almost no one was called Samantha before the show Bewitched came out in 1964. So Cattrall was nearly a decade too old to have that name. (Next time someone asks you if you’re the Carrie or Samantha of your group of friends, keep in mind that Samantha herself couldn’t have been a Samantha.)

Why do screenwriters pick wrong-age names for their characters? I think they’re looking for monikers that feel fresh and sophisticated. Face it: Jennifer, Amy and Lisa don’t feel fresh or sophisticated — even if they’re more probable for an adult character. Sophia, Isabella and Olivia have a lot more pizzazz.

Writers probably go through the same naming cycles as parents in terms of what’s hot and what’s not. But they’re putting their choices on adults, not babies.

Jennifer was the most popular name in America for 15 years. Television should be rife with characters named that. And yet, there are relatively few. (A notable exception: Sleepy Hollow has a Jenny, who’s played by a 31-year-old actress. Kudos, guys.)

In an especially odd move, the short-lived show Up All Night gave kiddie names to two adult women (Reagan and Ava) and then christened an infant character Amy. Huh?

Sometimes characters have names that are too old for them.

That’s the case with The Big Bang Theory, where several characters have outdated names — perhaps because the screenwriters wanted to signal dorkiness.

Let’s compare the names of the actors on the show with the statistical age of their character names (i.e., if you had that name in real life, what age would you most likely be?).

An exception is Penny (Penelope), who is played by a 29-year-old. The statistical age of that name is about 2.

There’s also a character called Amy, portrayed by a 39-year-old. Someone named Amy would most likely be 39. (Hey, even a stopped clock is right sometimes.)

Another example of an outdated character name is Sue, the teenage sister from The Middle. Sue is socially awkward and seems to fail at everything, but has a good attitude. The name Sue seems to fit that personality, even if there’s no way a teen would be called that these days. (The last time it ranked in the top 1,000, Mary Lou Retton was still swinging on the uneven bars.)

In some cases, writers can’t be blamed for tone-deaf names. The current Odd Couple reboot on CBS features two men in their mid-40s playing Oscar and Felix. When Neil Simon‘s original play premiered in 1965, those names wouldn’t stand out. Today, they’re more unusual — though both have showed some signs of recovery in recent years. If you meet a real Felix, he’s probably either quite young or very old…or possibly British.

The Simpsons is another collection of highly improbable names. And it gets less plausible by the year (the downside of a show where the characters stay the same age for more than two decades).

Matt Groening, the creator of The Simpsons, named the characters after the members of his own family. So even when the show started in 1989, the names were out of date.

Bart (Bartholomew) is supposed to be 10. But the name Bart peaked in 1959, and very few people named Bartholomew are still alive. (There’s a famous scene from the show where Bart laments that he can’t find a miniature license plate with his name on it, despite there being one imprinted with “Bort.”)

Animated shows may be some of the biggest offenders in general. None of the kids on Bob‘s Burgers (Tina, Gene and Louise) has an age-appropriate name.

In the end, there’s only one fail-proof way to ensure that a character’s name is true-to-life: use the same first name as the actor.

She was born in 1979, the year the name Mindy last peaked in the United States.

You don’t get much more realistic than that.

Nick Turner is a writer and editor living in New York City (by way of San Francisco). He and his wife have successfully named three kids. Follow him on Twitter at @SFNick.

View all of Nick Turner's articles