Sports Star Names in the News 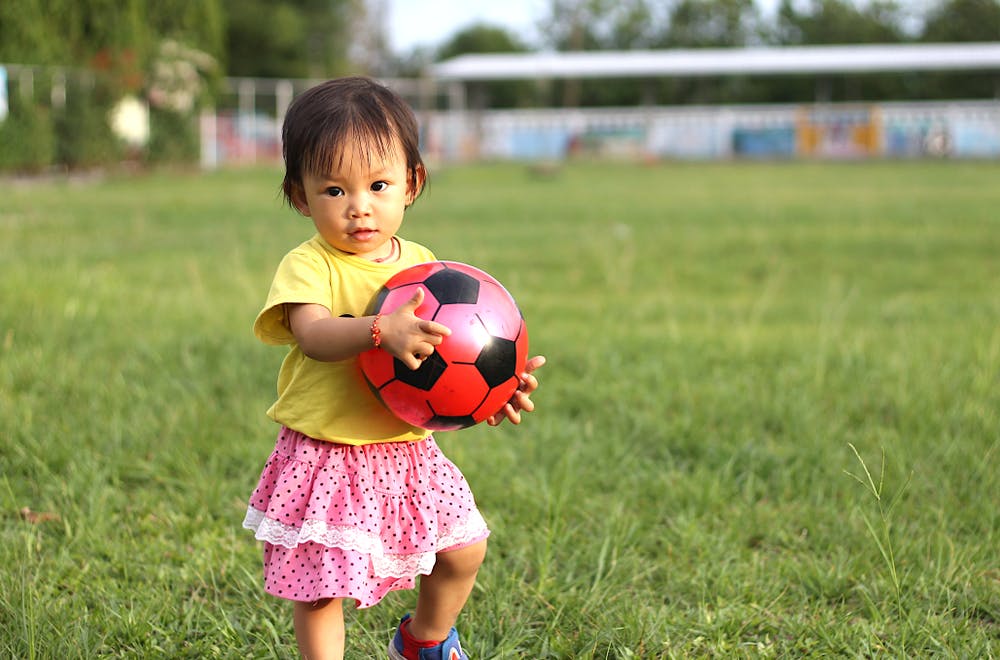 This week’s news includes big risers and fallers, a controversial baby name from Scotland, and which French names get the top grades.

Score! The USA women’s soccer team won the World Cup last weekend, and striker Alex Morgan already has at least one potential namesake. One fan, who’s expecting a baby in December, said that if it’s a girl her first and middle name will be Alexandra Morgan. In my humble opinion, Alex or Alexander Morgan would work nicely for a boy too! For more World Cup namespiration, here are our favorite names from all 24 national teams.

Who would have thought it: an Icelandic name in Indonesia! Gylfi Sigurdsson, an Icelander who plays for the British soccer team Everton, was on holiday in Bali when he met a local fan’s son named after him. It’s yet more proof that Indonesian parents are creative when it comes to naming – see also the recent story of the baby called Google.

If you’re more into hockey than football, don’t miss the best players’ names of the season. They include supremely Scandi names like Mads Søgaard, Nils Höglander, Kaapo Kakko. That last one is a Finnish short form of – can you guess? – Gabriel.

Which names are climbing the charts, and which are tanking in popularity, is of great interest to parents-to-be and name-lovers alike.

According to a recent survey by parenting website ChannelMum, popularity was among the biggest naming turn-offs for parents, although the top turn-off was “disliking someone with the same name”. As our Name Sage Abby pointed out, it’s notable that #5 on the list is “rising in the baby name charts” and #10 is “falling in the baby name charts”. So many of us are looking for a name that isn’t about to be the Next Big Thing, but also won’t soon feel dated. In other words, right in the sweet spot. For some ideas of names that fit the bill, take a look at our latest list of sweet-spot names…but don’t tell too many people about them!

One name still in the sweet spot is Santino, but it might not be there much longer now that Mario Lopez (forever Slater in Saved by the Bell) and his wife Courtney have named their son Santino Rafael. It’s a great style match for his older siblings Gia Francesca and Dominic Luciano, and Santino was even one of our celebrity baby name guru’s predictions – nailed it, Sophie! This cool Italian name is on the rise and currently sitting just below the Top 500.

On the other hand, there’s been a lot in the British press about names that are on the way out for children, especially 70s, 80s and 90s favorites like Craig, Scott, Gemma and Shannon. It’s not that they’re bad names, it’s just that they had their moment and now parents want something fresh for the next generation.

If you’re thinking, “Did you say Gemma?!” then chances are you’re American. It’s one of those names, along with Emma and Claire, that have had a completely different trajectory Stateside. Far from being mom names, as they are in England, they’re shiny and new – so enjoy them!

Nancy is another name with different vibes depending which side of the Atlantic you’re on: solid mid-century name in the US, cute vintage revival in the UK. It’s been in the news because brand naming expert and writer Nancy Friedman – aka Fritinancy – wrote an interesting piece about how disliking her own name led her to discover the dictionary and from there to her wordy career.

It’s fascinating how many name-lovers have rocky relationships with their own names. Does one lead to the other? More examples include our Linda’s story (plus the many Berry stories in the comments) and Abby’s adult name change. Me, I switched to my middle name at the age of four and haven’t looked back. You?

I wonder what story baby Lucifer will tell? There was only one Lucifer born in Scotland last year, and his parents are defending their decision to use this divisive name. Aside from the problem of other people’s reactions, which they’ve already experienced, I think an equally big issue is that he already has a sister named Lucy.

Names that make the grade

There’s no data for Lucifer, but on average French students named Luc did better in their final school exams than Lucas, and Lucile scored higher than Lucie. That’s news just in from the annual analysis of French children’s names and exam results.

A quick explanation as the article is in French: click on the graph to see it in its full glory. The  higher up a name is, the more students there were that name. The further right it is, the bigger percentage with that name got the top result. So there weren’t many students named Eléonore or Timothée, but people with that name scored than average. There were more named Enzo and Océane, and they got fewer top grades than average. And Léa is a glorious everywoman: lots of wearers, and in the middle of the pack when it comes to grades.

Finally, do you ever have trouble spelling your own name? You’re not alone. A candidate running for Senate misspelled his name repeatedly on the application forms, as Chris instead of Kris. (That’s his birth name, not short for anything.)

Well, at least there’s precedent. Shakespeare famously spelled his surname in at least 3 different ways, none of which is the one we use today.