Olympic Baby Names: Gold medal winners of the past 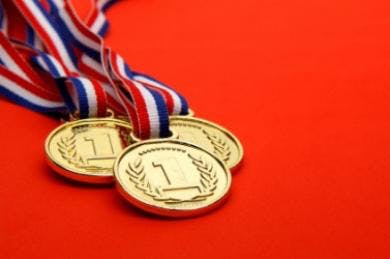 Nameberry’s Olympic baby names coverage continues, this time with a look back to Games of the past.  We perused the records going back to 1896, in search of the most unusual and interesting of past Gold Medalists’ names.

With such a wide-ranging international roster, we were able to mine some pretty exotic (in our culture, anyway) nuggets. Girls

Duke Kahanamoku–Hawaii, swimming, 1912, 1920 (he was  named not for Hawaiian royalty, but after his father who had been christened “Duke” following the visit of the Duke of Edinburgh to Hawaii in 1869).

Any names here that were unfamiliar to you but that you might consider?  Any others that you’d like to add to the list?–remember Gold Medalists only.