Let’s hear it for the Ola Names: Lola, Viola and Finola 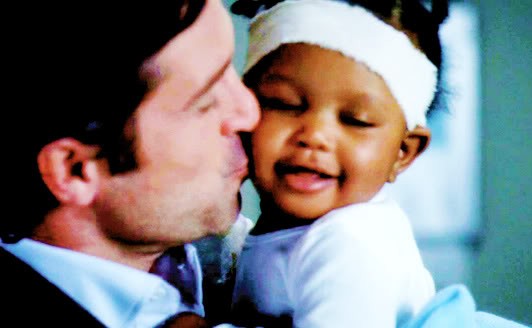 I’ve long loved Lola, and lately I’ve been crushing on Viola and Finola–which inspired me to take a look at what other ola names there are, and was pleased to find that there are lots of options, coming from several different ethnicities. As opposed to the diminutive ina-ending, ola‘s long o-_sound gives her a certain strength combined with femininity that is really appealing. So here come the _ola girls:

Carola—One of the more unusual members of the Carol family, heard more often in Germany, Austria, the Netherlands and Scandinavia

Fabiola—We’ve always liked the Fab-names—Fabia, Fabiola and Fabienne–bringing to mind such words as fabulous and fable. Fabiola is a diminutive of Fabia, and was borne by a fourth century Roman saint who was a physician famous for organizing the first hospice for sick travelers, as well as the name of a modern Queen of Belgium.

Finola—We’re beginning to hear a lot of buzz around Finola, joining fellow Fins Finn, Finley, Finnigan, Fionnuala/Finula, etc. It’s been associated most recently with actress and TV host Finola Hughes, and is an accessible import that still has traces of Irish myth.

Gladiola—Common though its namesake is in the garden, this is one flower name that has rarely been picked by parents.  Its meaning is ‘sword’ and has the pleasant association of gladness in its first syllable—the nickname Glad shared with Gladys.

Iola—Iola, which means ‘violet’- has a dated feel, evoking characters in early twentieth century novels and the Carol Burnett Mama’s Family show: in fact, it was on the popularity list from 1880 to 1945, getting as high as Number 265 in 1907. In Wales, it’s used as a feminine version of the haunting Iolo, and pronounced YO-la. It might be time to look at it with fresh eyes, as a possible Lola, Isla, Iolanthe alternative.

Lola—Lola is, of course, the ultimate ola name. Originally a Spanish pet form of Dolores, t’s been chosen by dozens of celebs, from Kelly Ripa to Annie Lennox and Lisa Bonet (and by Madonna as a nickname for Lourdes). Still retaining the femme fatale aura she’s had since the nineteenth century, Lola is currently ranked at Number 214 here—the highest since the 1890s– and in the Top 25 in England and Wales.

Nicola—Common and somewhat dated in other English-speaking countries—it reached as high as third place in England in the seventies– Nicola feels much fresher than Nicole does in the US.  Nicola is used equally for males in Italy.

Nola—Nola has a somewhat mysterious air, almost, but not quite, as sensuous as Lola, and has been favored by such moviemakers as Spike Lee and Woody Allen. Ranked now at Number 358 by Nameberries, it was as high as 254 nationally around the turn of the nineteenth century.

Paola—This lovely Italian name, pronounced POW-la, brings instant glamour and life to the dated English Paula, and is a classic in its native habitat, as well as being well used in Spain and Croatia.

Pola—Pola had her moment of fame via Polish-born silent screen star Pola Negri (born Apolonia).  Marilyn Monroe played a Pola in the film How to Marry a Millionaire. Could make a possible namesake for a Grandma Paula.

Romola—This attractive name will have strong literary appeal to George Eliot fans: she created the name for the heroine of her eponymous 1862 novel set in Renaissance Florence.

Sulola—The middle name of Heidi Klum and Seal’s daughter Lou might sound at first like a smoosh, but it is a Nigerian name reflecting Seal’s African roots.

Tola—A Polish name meaning ‘prospering,’ Tola appears as a male name in both the Book of Genesis and the Book of Judges.

Viola—Viola has so much going for her—the vivid V-sound, the musical association,  Shakespearian cfed, being a stronger and less popular alternative to Violet. It’s been off the list since 1972, but is definitely due for a revival, judging by it’s her high place on Nameberry—Number 189.

Zola—This French literary surname was chosen for his daughter by Eddie Murphy—which probably had more to do with its Z+ola sound.  Zola Budd is the name of an outstanding South African long distance runner, and the name was used for a baby on Grey’s Anatomy (shown).

And finally there is the simple Ola itself.

This is the last week to name your price for our revolutionary new 500-page baby name guide, The Nameberry Guide to the Very Best Baby Names.

Go here to get your book now in formats readable via computer, Kindle, iPad, and other devices — your choice.  Just like the price.  And just like your baby’s name.

Name your price for The Nameberry Guide to the Very Best Baby Names.  Click here to buy and download now. And please tell all your friends about our new book and our promotion!