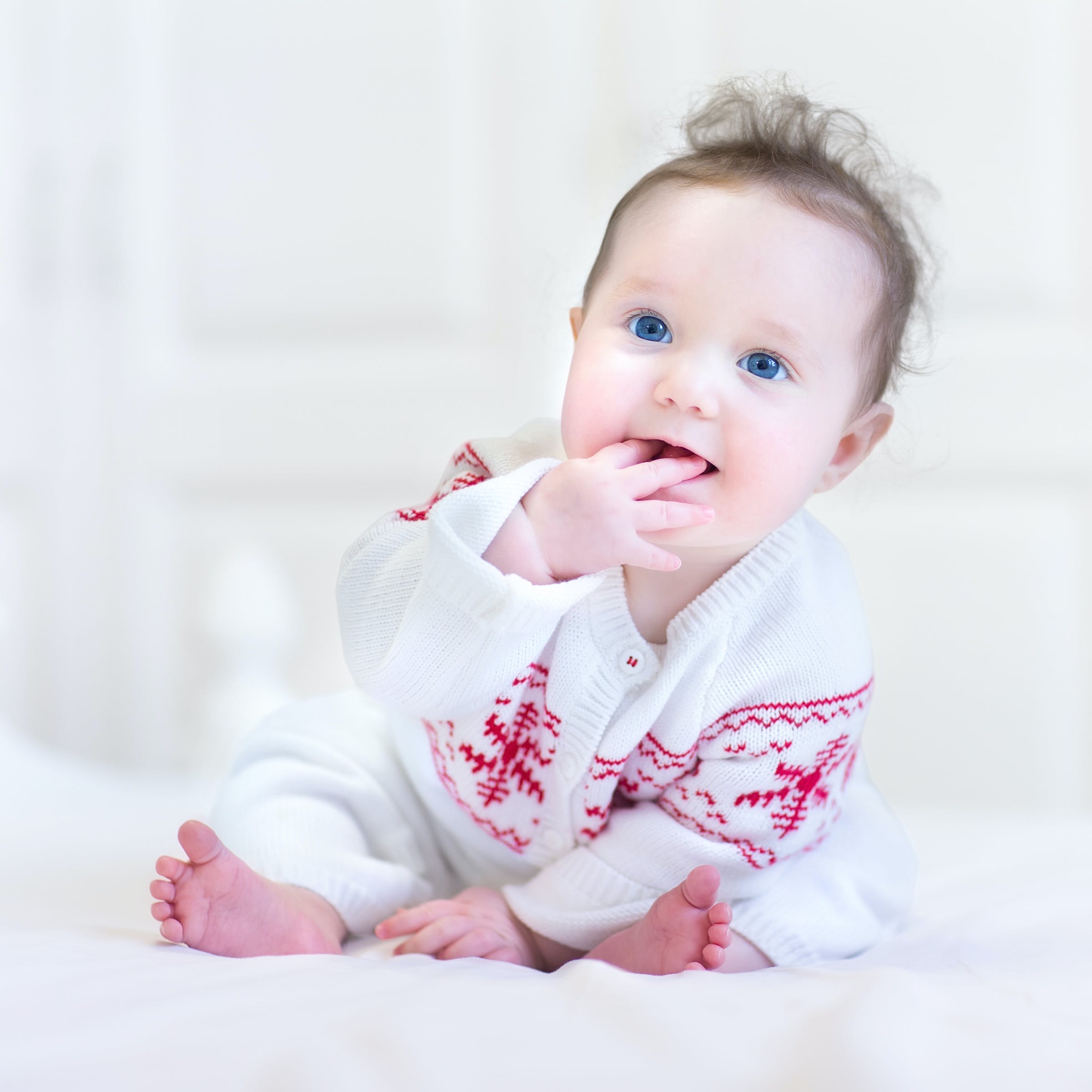 December baby names are often equated with Christmas names or possibly names associated with Hanukkah or Kwanzaa. But there are names for December babies beyond holiday names. December baby names might be names relating to winter, the season that begins on December 21. December 21 is also the date of the Winter Solstice, another source of December baby names, which may include names that mean light….or dark. And then there may be baby names related to snow, to the number 12, to the end of the year, to important namesakes connected to the month of December, or to the astrological signs Sagittarius or Capricorn. December baby names might also relate to December's birthstone, turquoise, or its flower, holly or narcissus. Scarlett, as in the color of Santa's hat, is the top girl name for December babies. Along with Scarlett, December girl names in the US Top 500 include Natalie, Olive, Stella, Christina, Eve, Faith, and the classic Mary. The classic Joseph is still the top December name for boys. Along with Joseph, December boy names that rank in the US Top 500 include Gabriel, Angel, Christian, Nicholas, Jasper, and of course Jesus. Unique December baby names on our recommended list include Dancer and Drummer, Abner and Leora, Holiday and December itself. If you’re expecting a December baby or perhaps naming a child conceived in December or one with another important December connection, consider these names for December babies.