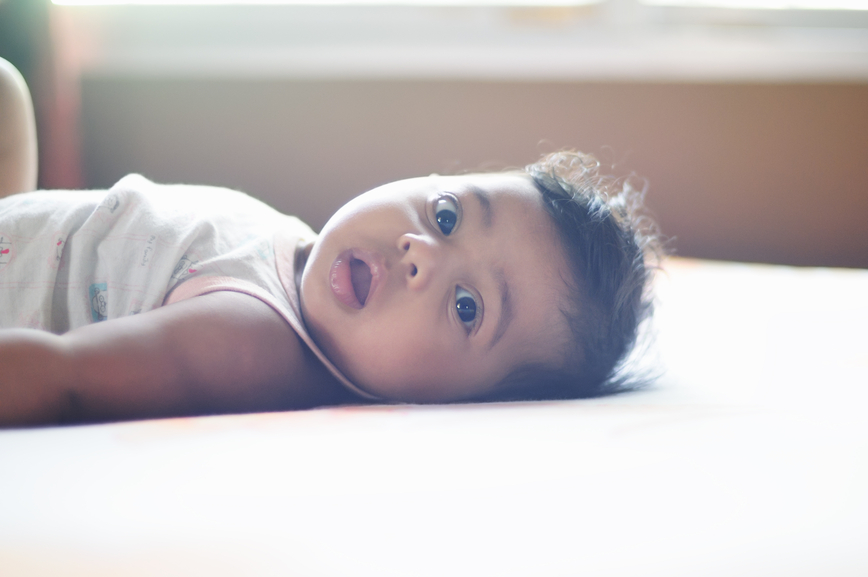 Over the past decade, we’ve seen celebrity babies named Wyatt Oliver and Wyatt Isabelle, Babyberries called Harbor Alister and Harbor Aurelia, and unisex options like Skyler and Peyton, Arrow and Linden crossing gender lines in both directions. And the number of babies receiving truly a gender-neutral name (one with at least a 35:65 gender split) is up more than 60% compared to a decade ago.

With all of these unisex first names flying around, you’d think that conventionally gendered middles would be holding firm, if only for practicality’s sake. And you’d be right — to a certain extent, at least. Although the SSA doesn’t record data on middle names, anecdotal evidence tells us that traditional picks like Rose and Elizabeth, James and Michael still reign supreme in the middle spot (although James has recently been creeping into an increasing number of girl birth announcements, too).

But we’ve also seen more adventurous — and ambiguous — options like Fox and Kit, Wilder and Winter, Bellamy and Callahan used for babies of both sexes, both on Nameberry and out in the “real world”.

In many ways, current name trends lend themselves to this. Some of the most fashionable sources of baby name inspiration in recent years — from novel word names to stylish surnames to brand new coinages — lack the long-standing gender associations that more conventional choices carry

But it’s also indicative of a broader cultural shift towards deliberately gender-neutral baby naming: after all, spelling variations aside, it looks like Ray/Rae could be both the new James and the new Rose in that historically conservative middle name slot.

Why Choose a Unisex Middle Name?

It’s easy to see the appeal. A unique unisex middle name can add an unexpected twist to a mainstream first name, as in the case of starbabies Penelope Scotland and Jonathan Rosebanks. It can help to tone down the frilliness or machismo of a strongly gendered first name: think Alyssa Milano’s Elizabella Dylan, or Kevin James’ Kannon Valentine. Or it can reinforce the deliberate ambiguity of a truly gender-neutral first name choice, like Megan Fox’s Journey River or Alanis Morrissette’s Onyx Solace.

And while monosyllabic monikers — from Ann and John to Wren and Gray — have always ruled in the middle spot, there’s room for more elaborate options, too. It can be fun to pair a short, simple first name with a more dramatic middle, or to balance out a fancy first with a more tailored middle name. This trend is all about thinking outside the box!

Here are five of our favorite places to look for fresh inspiration for the middle name slot, plus some of the coolest unisex options in each category.