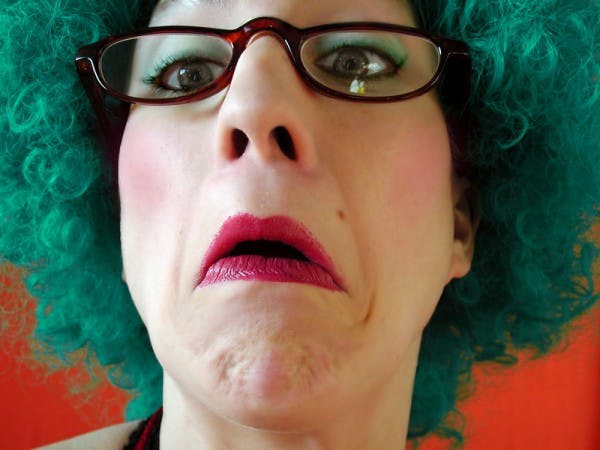 Great news! Your private lists are back! Access them through your member panel. It will be a few more days till you can modify lists or create new ones.

Any newcomer to the contemporary world of baby names may be amazed at how diverse and – to use a Mom word – different names have become. In the generation since Mom was naming you, the list of US Most Popular Name has expanded to include more ethnically distinct names, words freshly morphed into names, and newly-minted monikers. Mom might not recognize many of today’s Top 500, used for hundreds of babies now but virtually nonexistent in the 1980s.

Warning: If you choose one of these names for your baby, you should expect surprise – or possible shock – from Mom (and Dad too).

Popular baby names today least likely to be familiar to your Mom include:

Aniyah is one of those names that resembles a lot of other names, from Anya to Amaya to Aliyah, but is actually a recent invention. Used for zero babies in 1985, today it stands at Number 226. Aniyah was used for nearly 1500 girls in the US in 2014, with spelling Aniya given to another 500+. The name may be thought of as a contemporary spin on Ann.

If Mom is an astronomer or a history buff, she might have heard this celestial name. Nova, which means new and is the word for a star that increases in brightness, was used from the late 19th century until the 1930s, when it disappeared only to reemerge in 2011. Since then it’s soared all the way to Number 287, used for more than 1100 baby girls last year. In 1985, that number was a mere 38.

Many names from South of the Border have become more widely used in the US, and this is one of the freshest. Meaning “you will always be loved” in the Aztec language, it may also be related to the goddess name Yara, popular in Portuguese- and Spanish-speaking countries. Yaretzi, which didn’t appear at all on the 1985 roster, was given to nearly 900 baby girls in the US last year, placing it at Number 372. It’s Number 58 in Mexico.

Was your mom a fan of Zoe Saldana’s stone-cold killer in the movie Colombiana? We didn’t think so, in which case she probably doesn’t know this newly-popular name inspired by the character, though if she’s an orchid lover she may be familiar with the flower that inspired it. The name Cataleya was given to nearly 700 baby girls in 2014, placing it at Number 461, versus zero in 1985.

Unless your mom has been watching a lot of Disney Channel, she may not recognize this African name, popularized by a character on the show Jessie. Zuri was used for 660 girls in 2014 and ranked Number 475, but did not appear at all on the 1985 extended roster. The name is Kiswahili for good or beautiful.

To your Mom, Ryker may be the island where they keep prisoners in New York City, but it’s also a very popular baby name, given to more than 2500 boys last year and ranking at Number 151. In Mom’s baby-naming day, i.e. 1985, only eight baby boys were named Ryker.

Unless Mom is a big world soccer fan, she may not have heard of the name Iker, hugely popular in the US and internationally thanks to Iker Casillas, who plays for both Portuguese and Spanish teams. The name is Basque for visitation and is pronounced EE-keer. It was given to 1787 baby boys in the US last year, ranking at Number 215….and zero in 1985.

Tyler and Kyle were both already a Top 100 names in the 1980s, inspiring lots of variations, including combo-name Kyler, given to 64 baby boys in 1985. Today, though, that number has exploded, with over 1200 babies named Kyler last year, ranking the name at Number 288. Kyler is a Dutch occupational name that means “archer” – another trendy appellation that may not be on Mom’s scope.

As a Biblical name, Adriel was used quietly in 1985, when it was given to 42 boys and 14 girls. Today that’s increased to nearly 700 boys and 50 girls, with another 50 baby girls named Adrielle. Adriel ranks Number 433 on the boys’ list. If Mom was familiar with Adriel from the Bible, she may not have considered the name because of its tragic history, though other once-unseemly Biblical names such as Delilah and Cain are more acceptable now.

Of course Mom knows Jack, and she’s also familiar with Jackson, and she may even know that Jackson is sometimes styled as Jaxon or Jaxson. But Jaxton? Probably not, given that it doesn’t appear at all on the 1985 extended roster. A hybrid of Jackson and Braxton, Jaxton was given to 640 baby boys last year placing it at Number 457.