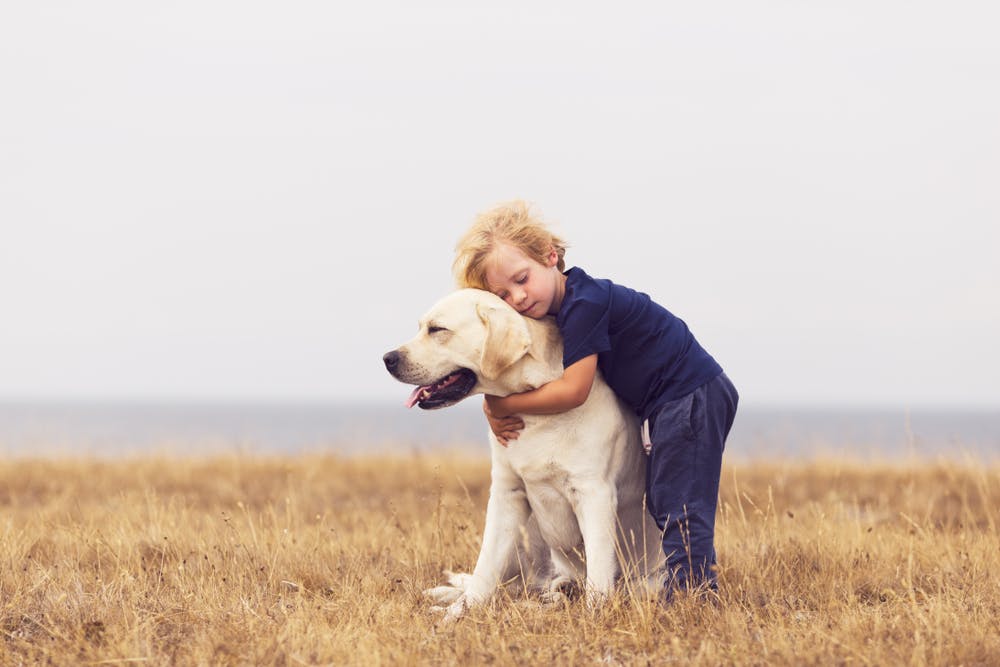 Labs may be the friendliest dogs, and so names that mean friend or friendly — such as Buddy and Alvie — make ideal names for Labrador Retrievers. Names that mean love might also make good names for Labs, because they show so much affection.
Along with Buddy, other Labrador Retriever names in the Top 100 for dogs include Cocoa, Scout, Teddy, Lucky, Kona, Shadow, Beau, and Mocha. Unique Labrador names with friendly and loving meanings include Dewey, Irvin, Luba, and Suki.
If you want to get meta with your Labrador’s name, you could give him a name that means “dog,” such as Caleb or Madden. Or you could use a name that is common among humans but feels unexpected on a dog, such as Dave or Darrell — both of which mean “beloved.” If you've got a brand-new Lab or Labradoodle to name, consider these great Lab names.