Neglected G Names for Girls: From Genevieve to Grey 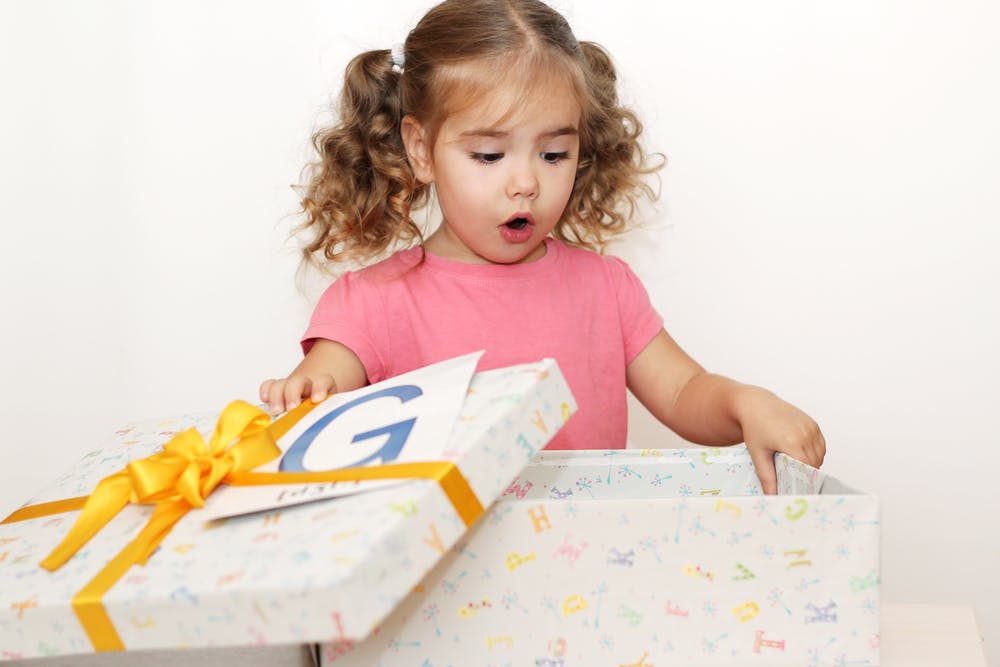 Many people tend to fall into the trend of having a favourite starting letter in their name lists. Right now there’s a significant number loving A names and E names but some of the other letters tend to get neglected. So, here’s to bringing the letter G into the limelight with some of the best G name choices for girls.

With the arrival of Prince George and screen influences such as The Danish Girl’s Gerda, it is not hard to predict that the letter G may be coming into mainstream use after years of neglect.

Here are some recommended girls’ names beginning with the letter G:

Gretel– With her glamorous sister name Greta becoming more popular, it is easy to imagine that Gretel won’t remain that far behind. Despite being steeped in myth and heavily associated with fairy tale brother Hansel, this name manages to sound fresh and buoyant, with enough familiarity to ground it in modern life– a perfect choice for adventurous parents who are not too fond of nicknames.

Goldie— With Marigold being an up-and-coming nature name we could foresee a rise in the derivative nickname Goldie. It has a great deal of radiant charm, though some may deem it not substantial enough on its own (it was actually Goldie Hawn’s full birth name)– the alternatives of Golda or Goldia could be more mature choices to consider. At the turn of the last century, Goldie ranked as high as 114.

Gloria— The first current image that this name may bring to mind is Gloria the Hippopotamus from the Madagascar film series—maybe not be the most favourable connotation. But the name has a far longer cultural history, with Gloria Swanson gaining fame in the silent screen era. This popular culture presence persists, with Glorias appearing in modern TV series such as Orange is the New Black, Modern Family, Nurse Jackie and The Vampire Diaries. Maggie Gyllenhaal and Peter Sarsgaard chose it for their younger daughter; current notable bearers include Glorias Vanderbilt, Steinem and Estefan.

Gaia— Meaning ‘Earth mother,’ representing the mythological Greek earth goddess, this short but substantial name it was used by actress Emma Thompson, who stated that she was attracted by its ecological element, a possible consideration for any conservationist or green-conscious parents. Gaia is a sweet sounding name, much more unusual than cousin Maia, a perfect name to commemorate the upcoming Earth Day.

Genevieve/Guinevere— One of the best known medieval classics, the evocative Guinevere was worn by the beautiful Queen of Camelot and would make a very romantic choice. Her French cousin Genevieve is a name of royalty and mystery, with a history of defending her city with courage and rational thinking. As the patron saint of Paris, Genevieve could serve as a fabulous honour name for anyone with French connections. It is is now at its highest level (# 210) since the 1930s, so is on the path to revival

Gwendolyn– This name has a plethora of dimensions and styles contained within it: from the nicknames Dolly and Winnie, to the more mature Gwen. Its meaning of “white ring” suggests an eternal purity and gives off an angelic radiance. It is a perfect example of a long name still being light and elegant and in no way dowdy. The ‘G’ here is a soft and elongated sound thanks to the following ‘w’. With an air of whimsy and medieval legend ties, this could be a perfect name for the right family. The authentic Welsh spelling is Gwendolen.

Garland—A little bolder but still on trend. Nature names have seen a vast increase in popularity in recent years and this one is an unexpected choice, and, with its intertwined natural imagery,  is by no means restricted to Judy Garland fans. Especially recommended for the middle name spot.

Greer—A strong Scottish surname name with ties to Golden Age Hollywood via actress Greer Garson. Another interesting middle name option. Brooke Shields used the Grier spelling for her daughter, and Greer of Kinross is a character on the current TV show Reign.

Grey— Usually seen more in the boy’s category, this unisex choice can work for either gender. Used as a surname name or a colour name, this contains multiple dimensions, especially for such a short name. In my opinion it evokes both a light silver and a rich steel: masculine strength and female empowerment– light coupled with darkness. This combination makes it a cool middle name spot replacement for such single syllable filler names as Rose and Grace. Can also be spelled Gray.

Gwyneth Paltrow. Paltrow. Paltrow. There is an indelibly strong association with this Welsh name but I think it still feels fresh for a little girl of today. The airy quality of the underused Gwyneth makes her sound contemporary and magical, but is grounded enough in the familiar as to make it usable. A true gem that would age really well.

Hannah Bowes is an English Literature student at Edinburgh University. She says, “I love how names flow, linger and almost fill a physical space when said aloud. The emotional connection that a group of letters can convey when attached to a human life will always remain fascinating to me. “