Gentleman Cowboy Names Have a Rein on Style 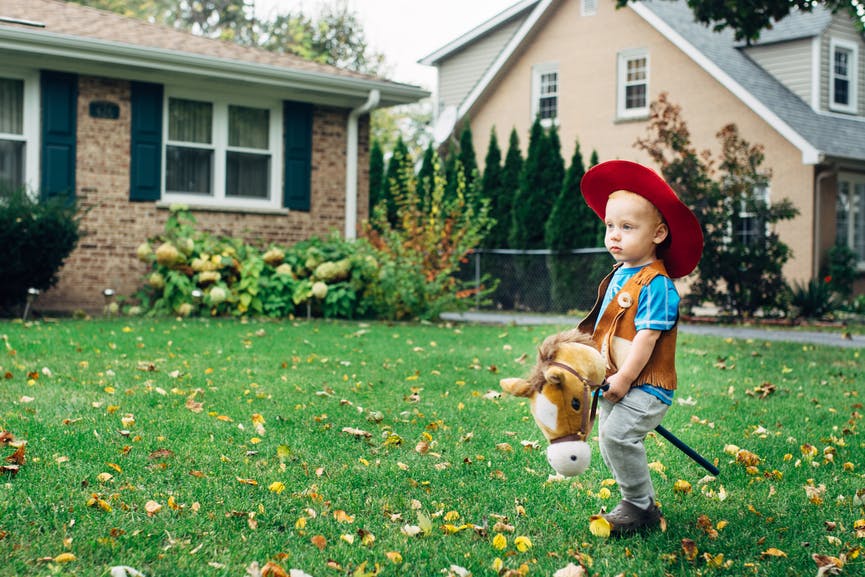 Cowboy names are defined by their brawny and casual qualities. Think Cord or Luke — names that are hardy and masculine, with a sense of informality.

Cowboy names — the more gentlemanly ones included — are attracting more attention among style-conscious parents across the country. However, they’re particularly popular in the western United States — the epicenter of cowboy culture.

Here, 15 of our favorite gentleman cowboy names for your own little buckaroo.

Abner — The 20th century comic strip Li’l Abner helped send the name out of the US Top 1000 four years after it began syndication, and it hasn’t come back since. Fortunately, enough time has passed for Abner to shed its hillbilly image and parents are beginning to appreciate it for what it really is — an overlooked Biblical classic. It currently sits right outside the Top 1000 and has momentum — expect to see Abner in the 2019 Top 1000.

August — August is a handsome name that is simultaneously gentle and strong — ideal for a gentleman cowboy. Plus, it comes with the nicknames Augie or Gus, if you’re feeling more casual. August is also used as a girl name, although much less frequently, as Mark Zuckerberg and Garth Brooks did for their daughters.

Brooks — Brooks is an extremely versatile name that changes personality in response to the names around it. It can feel preppy, Southern, bohemian, vintage, and in this case, like the name of a gentleman cowboy. Brooks is a true chameleon, which you can use to your advantage when planning your sibset.

Calvin — President Calvin Coolidge gives his name a silent but steady vibe — seemingly ideal for a gentleman cowboy. It’s a verified classic, having always ranked in the Top 250 but seldom above 100. Associations such as Calvin Klein and Calvin & Hobbes may help keep Calvin feeling relevant.

Coleman — Coleman is a more unique — and much more cowboy-like — full form for Cole when compared to Nicholas. At Number 999, the chances that it will fall out of the Top 1000 in 2019 are high. Coleman’s Mustard is a common linkage, as is the Coleman camping gear company.

Deacon — Reese Witherspoon and Ryan Phillippe named their son Deacon in 2003, and by 2004 it was on the popularity charts. It’s unsurprising that the name caught on — an occupational meaning plus an -on ending is a recipe for success in 21st century naming. Reese and Ryan choose it as an honor name, but Deacon also has spiritual significance as the title of a religious leader in Christian churches.

Dexter — The TV show Dexter did a lot for the name, despite its association with the charismatic serial killer. It took a steep climb in popularity the years the show was on the air and is now on the decline again. In terms of its cowboy-ness, the nickname Dex feels right at home on the range, while Dexter steps it up a notch to gentleman status.

Heath — Even though Heath was scarcely used (if at all) during cowboy times, its succinct masculinity and robustness help land it a spot on this list. Historical inaccuracies aside, we can easily picture it on a ten-gallon hat-wearing herdsman. Heath now threatens to leave the US Top 1000, as the name has become almost synonymous with actor Heath Ledger, who died tragically in 2008.

Jameson — Following the path that Jackson carved, Jameson became a hit in the 2000s, finally breaking into the Top 100 in 2017. It’s dignified but not stuffy, and easily wearable on any type of boy. Or girl — in 2018, Jameson was given to 51 female babies.

Quentin — Before the rise of Quinn, Quentin and its variations were the only options for boy names starting with Q. It remains the most classic of that category, and it’s that sort of time-honored quality that helps makes Quentin a gentleman cowboy name, as opposed to a typical cowboy name. For a quirky nickname option, try Quint.

Remington — The ‘80s crime drama Remington Steele first drew attention to the name, but it’s really only in the past decade that Remington has seen significant use. Some parents are attracted to it for its association with the Remington firearms brand, while others see it as a way to get to the up-and-coming unisex nickname Remy.

Sayer — To us, Sayer feels like a gentleman cowboy name, but in reality, it might be better suited for a gentleman lumberjack, as it means “woodcutter.” It’s a fantastic and truly unique alternative to Sawyer, which has really taken off, since Sayer was only given to 16 baby boys in 2018.

Sterling — Sterling has always been familiar, but never common, having ranked between Number 308 and 901 since 1880. It is linked with silver, of which sterling is one of the highest qualities. Fans of This is Us will recognize it as the name of actor Sterling K. Brown.

Waylon — Waylon has only been ranked in the US since 1968, influenced by country singer Waylon Jennings, and that might be why we think it has a distinctly country Western feel. His son and grandson, both also named Waylon, are called Shooter and Blackjack — two names that feel less gentleman and more cowboy. Waylon is one of the names that are trendier than you think, currently at Number 142 and rising.

Wyatt — Perhaps it’s the alliteration, but doesn’t Wyatt feel like the perfect name for a cowboy from the Wild West? There is something to be said for that though, as the state Wyatt ranks the highest in is Wyoming, coming in at Number 5. Wyatt is an easygoing name that strikes the perfect balance of dignity and informality for a gentleman cowboy.

Which gentleman cowboy names are your favorites? Which names would you add?