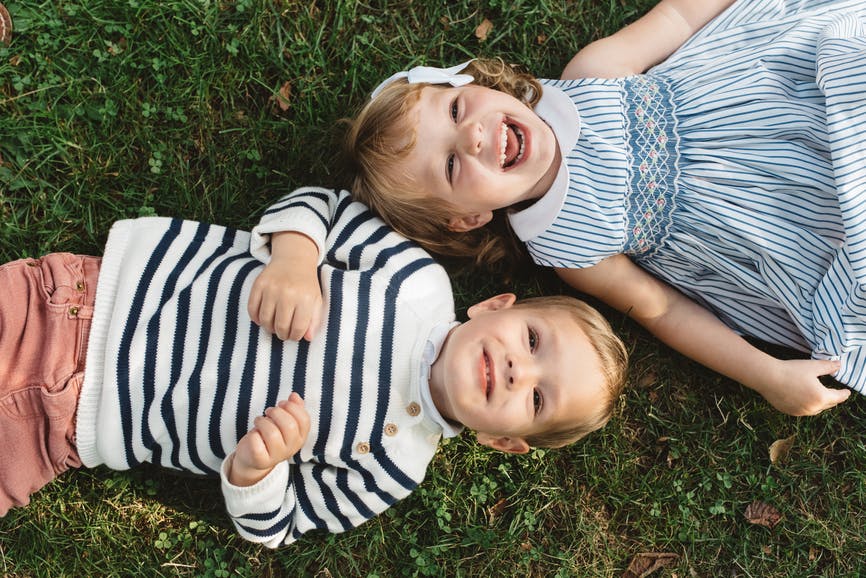 Preppy baby names are suggestive of the American preppy subculture, associated with generationally wealthy members of the elite who attend Ivy League universities. Preppy style draws from upper class British tradition, as do preppy baby names. Some of the preppiest baby names are upper crust English surnames, such as Jameson and Hollister.
Classic names can also read as preppy in the right context. Choices common in the British royal family, such as Victoria and William, feel especially appropriate for a preppy baby.
Along with Victoria and Jameson, other preppy baby names in the US Top 800 include Caroline, Fletcher, Graham, Hadley, Harrison, Reid, Sloane, and Tinsley. Names inspired by preppy institutions include Oxford, Phillips, Princeton, and Yale.
Preppy names may also be inspired by preppy icons, real and fictional. John F. Kennedy and Princess Diana of Wales give their names a preppy sense, as do Holden Caulfield of J.D. Salinger’s A Catcher in the Rye, and Blair Waldorf, a character on the preppy TV show Gossip Girl.
If your closet is filled with polo shirts and penny loafers or you like both lacrosse and Lacoste, you may want to consider a preppy baby name. Explore our comprehensive collection below.