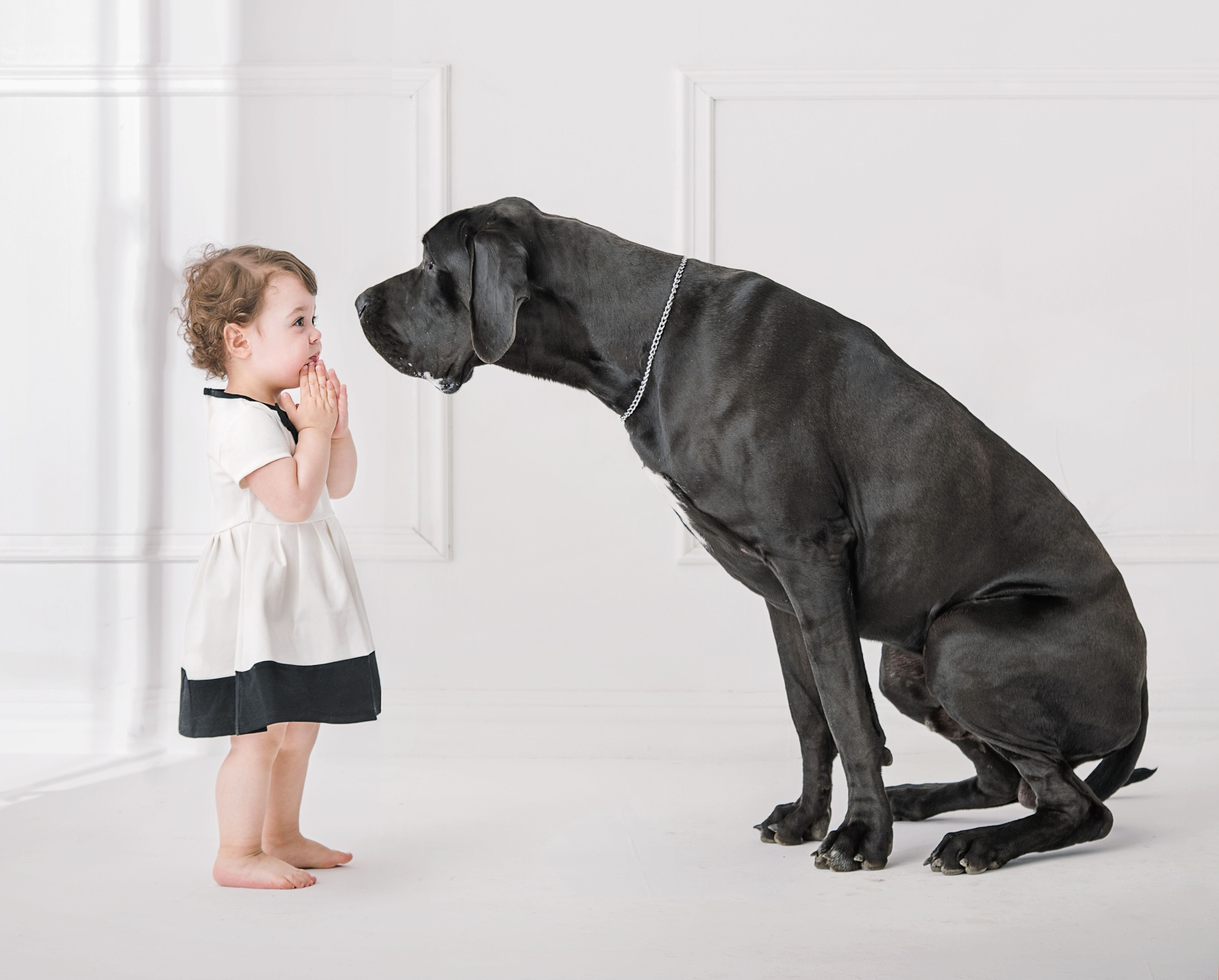 Big dogs need big names: names that mean large or great, names too dramatic or wild to use on a baby. Naming your large dog can be a chance to use one of those guilty pleasure names, a name that was just a bit too imposing to use on a baby, or a name that gives your pooch dignity and gravitas. Or you can spin things in the opposite direction and choose a name that means small. Here, major names for large dogs.