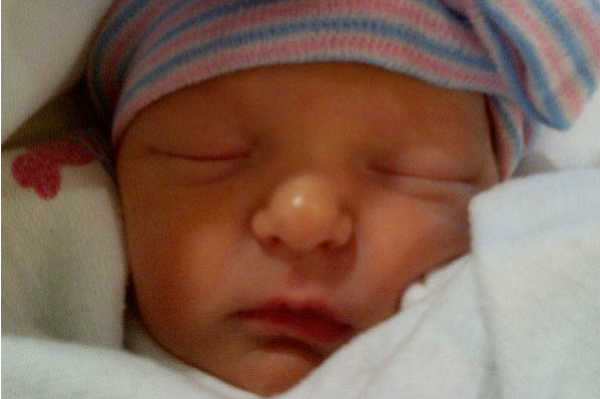 The news this week includes one notably conservative name for a royal baby boy, and several bold names for girls.

His Royal Highness Prince George of Cambridge is just a week old.  We’ve discussed his name – and the names the royals didn’t choose, or might be holding in reserve for future princes and princesses – for months.

But while Will and Kate were welcoming their firstborn, plenty of other babies made their debuts.  Many of them are baby girls, girls with bold, brave names.  Some are retro, some are inventive, and others are just plain great choices.

One name remains unknown.  Penelope Cruz and Javier Bardem welcomed a daughter on the very day George Alexander Louis was born.  The famously private Cruz-Bardem family has yet to share the name of Leo’s little sister.

There’s no shortage of names that we do know.  Let’s take a look at the bold names for girls that we have heard on new arrivals this month:

Penelope Joan – Anna Chlumsky graduated from My Girl to Veep.  Now the former child star is a new mom to daughter Penelope Joan.  High profile parents have embraced this quirky cool Greek name.  As a middle name, Joan is a bold choice, too.  From Joan of Arc to Mad Men, it’s been worn by strong, determined women.  Together, it is a winning combination.

Eisele Kaye – Lady Antebellum’s Hillary Scott and Chris Tyrrell are new parents.  The pair went with Eisele Kay for their new daughter’s name.  Both choices come from their family trees.  Eisele is Chris’ mother’s maiden name, while Kaye honors Hillary’s mom.  Stumped about how to say Eisele?  The surname is pronounced eyes-lee.  She fits right in with Riley, Hailey, and all of those ends-in-ley names that we’ve been in love with ever since Ashley arrived in the 1980s.

Antonella – While I was searching for clues to the name of Penelope and Javier’s new addition, I learned that Monica Cruz – Penelope’s younger sister, also an actress – welcomed a daughter in May.  Monica’s little girl is Antonella, a frilly, elaborate appellation that I’ve heard more and more in fashionable circles.

Rhythm – There’s Aria and Melody, Harmony and Cadence.  Now reality television’s Whitney Whatley, of Big Rich Texas fame, has named her new daughter Rhythm.  Whitney is getting her own spin-off show on Style this fall, so we may hear more of Rhythm.  I’m hoping for an episode where mom explains her unusual choice.

Rio – The Spanish word for river has been used as a baby name for both genders in recent years.  If River and Leo are boys’ names, why not Rio?  Then again, my first thought is Duran Duran’s catchy 1982 pop anthem, and the refrain “Her name is Rio.”  Now it’s the name of Goldie Hawn’s first granddaughter, a daughter for Oliver Hudson and his wife Erinn Bartlett.  The couple also has two sons, Wilder and Bodhi.

Tilly Elizabeth – One more sassy, throwback name to add to our list this week – Tilly Elizabeth is the new daughter of Big Brother alum Britney Haynes.  Tilly is a sweet short form of Matilda or even Ottilie.  But if Sadie and Hattie and Winnie can stand on their own, why not Tilly?

Maren Virginia – Joe Mauer of the Minnesota Twins is a new dad!  He and wife Maddie welcomed twin daughters last week.  Older sister Emily Teresa has a lovely, traditional name.  Younger twin Maren Virginia’s name is quite stunning.  Maren is one of many variants of Mary.  She feels modern and traditional at once.

Liv – She’s shorter than Astrid, edgier than Ingrid, but equally Norse.  Liv is a Scandinavian name meaning life.  From Liv Tyler to Julianne Moore’s daughter, it is a name that has gotten some attention in recent years.  It helps that she shares sounds with the mega-popular Olivia.  Now actress Alana de la Garza has welcomed a daughter named Liv Elena – a nice blend of the on-trend and the unexpected.

Have you heard any great bold girl names recently?  Do you prefer shorter names, like Liv and Rio, or longer ones, like Penelope and Antonella?