What to Name Your November Baby 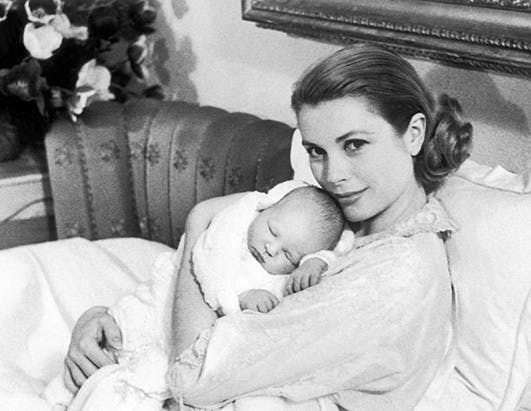 November baby names go with the sweater weather and scarf season that marks the last month of fall. November gets its name from the Latin word “novem” meaning nine, as it was originally the ninth month in the Roman calendar. Let’s look to past Novembers for notable November baby name inspiration.

Newbery Medal-winning writer Madeleine L’Engle was born on November 29, 1918. L’Engle incorporated her Christian faith and passion for modern science into her books. Generations of children are still mesmerized by A Wrinkle in Time, her most acclaimed novel. Madeleine is a French name meaning woman of Magdala and is currently ranked at Number 301. That spelling is less popular than Madeline, which ranks at Number 90, and Madelyn which comes in at Number 59. Madeleine is also the name of a small shell-shaped sponge cake that may have been named for French pastry chef Madeleine Paulmier and was immortalized by Proust.

On November 12, 1954 Ellis Island closed after admitting over 12 million immigrants into the United States; it was was the nation’s most bustling immigrant inspection station from 1892 until 1954. Ellis is a Welsh name meaning benevolent. Currently ranked at Number 419 for boys, it is a less popular alternative to other great El– names like Elias, Elijah, and Elliott. Ellis is also currently ranked at Number 962 for girls, possibly due to Dr. Ellis Grey, a female character on Grey’s Anatomy. Ellis Bell was Emily Bronte’s male pseudonym when she wrote Wuthering Heights.

Indira Gandhi, India’s first and only female Prime Minister to date, was born on November 19, 1917, serving as PM from 1966 to 1977. Indira is a Sanskrit name meaning beauty and is also another name for Lakshmi, the wife of the Hindu god Vishnu. Only 46 baby girls were given the name Indira in the US last year. You may also recognize it as the name of actress Indira Varma who plays Ellarra Sand on Game of Thrones.

The Origin of Species by Charles Darwin was published on November 24, 1859. Revered as a classic of scientific literature, The Origin of Species is considered to be the foundation of evolutionary biology. A cool and meaningful choice , Darwin fits in with other trending two-syllable surnames ending in -n. Another bonus is that Darwin means dear friend. If you prefer the more classic and conventional Charles, it now ranks at Number 50, much more popular than Darwin at Number 877.

On November 21, 1922 Rebecca Latimer Felton became the first female US Senator. Fenton was a writer and prominent campaigner for Progressive Era reforms, with emphasis on women’s rights. A Hebrew name meaning servant of God, Rebecca peaked in the mid-1970s. Although still well used, Rebecca is currently the lowest it has ever ranked, at Number 188. In the Old Testament Rebecca was the wife of Isaac and the mother of Esau and Jacob. There are countless Rebeccas in film and literature, from Daphne du Maurier’s eponymous gothic novel to the character of Rebecca Mitchell “Beca” in the recent Pitch Perfect movies.

Jazz tenor saxophonist Coleman Hawkins, nn Hawk, was born on November 21, 1904.  Hawkins was one of the first well-known jazz musicians on his instrument and, in addition to being associated with swing and big band music, contributed to the development of the bebop genre of the 1940s. Coleman is an English surname meaning servant of Nicholas. It peaked in 1903, just a year before Hawkins’ birth, and briefly fell out of the Top 1000 through most of the 1960s and 1970s.  Today Coleman ranks at number 887 and lends itself to the appealing contemporary nickname Cole.

On November 8, 1889 Montana became the 41st state to be admitted into the Union. Montana is the largest of the Rocky Mountain states and, fittingly, its name means mountainous. Montana is a fairly rare first name, only given to 125 girls and 71 boys last year. There is the Hannah Montana TV Show association and the tie to the Scarface character Tony Montana. Actor Richard Thomas chose the name Montana James for his son and Laurence Fishburne has a daughter named Montana.

French literary theorist Roland Barthes was born on November 12, 1915. Barthes is best remembered for his influence on semiotics, anthropology, and structuralism. Roland is a strong German name celebrated in medieval poetry and song. Now Number 586 in the US, Roland is a bit more popular amongst us name-lovers here on Nameberry, where it ranks at 388. Roland peaked in the 1920s, when it was in the Top 100, but has seen an upswing in popularity in the last five years. Roland is the name of Robin Hood and Maid Marian’s son on the TV show Once Upon a Time.

Classic beauty Grace Kelly (shown) was born on November 12, 1929–the actress who became the Princess of Monaco after marrying Prince Rainer III in 1956. Grace was first used as a virtue name by the Puritans in the 17th century. In recent years, Grace peaked in popularity in 2004 and is still a well used at Number 19, and is also a well-used middle. Lance Armstrong, Kevin Costner, Meryl Streep, and Dave Matthews are just a few of the many celebrities who chose this timeless name for their daughters. Gracelyn, a modern twist on Grace, has been moving up in popularity, currently ranked at Number 358.

Abraham Lincoln became the 16th President of the United States on November 6, 1860. Among his many accomplishments, Lincoln issued the Emancipation Proclamation during his Presidency, declaring freedom to slaves within the Confederacy and is one of the most admired presidents in history. A patriarchal figure in the Old Testament, Abraham was originally named Abram until it was changed by God to Abraham. A Hebrew name meaning father of many, Abraham currently ranks at Number 170, the highest it has been in nearly a century. Musicians Ziggy Marley and Lila McCann each have sons named Abraham. Lincoln, is, of course, another possibility.

Meagan, also known as TulipByAnyName, is an artist, a vlogger, a blogger, and of course a baby name enthusiast! She loves exploring everything from literary names to celebrity baby names. You can hear her talk about names on her YouTube channel www.youtube.com/user/tulipbyanyname or visit her blog www.tulipbyanyname.com. \n

View all of Meagan's articles