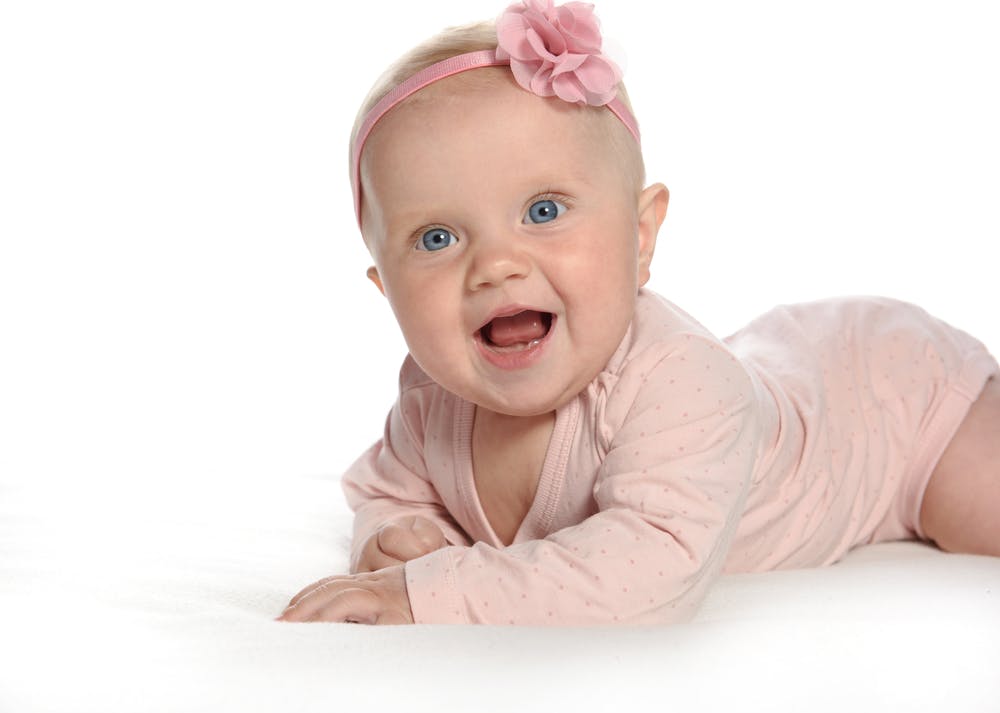 Great news! Your private lists are back! Access them through your member panel. It will be a few more days till you can modify lists or create new ones.

Earlier this week, Mike Myers and wife Kelly Tisdale welcomed a new daughter, a sister for Spike Alan and Sunday Molly. Their older kids’ names are bold, unconventional choices, but they went a different direction for their newest arrival: Paulina.

It might be a departure for the Myers family, but it’s in step with many of the names that we love for girls today. Sophia is popular the world over. Olivia and Isabella are Top Ten favorites in the US, and names like Arabella, Ariana, and Valentina are stylish, too.

Could Paulina be part of the next wave of long, lovely, romantic names for girls? And if so, what are some of the other up-and-coming names that could also catch on?

Paulina – In March, Vin Diesel named his youngest daughter Pauline in memory of his good friend Paul Walker. Now Mike Myers has chosen another form of Paul for his daughter. It brings to mind Czech supermodel Paulina Porizkova, and fits right in with choices like Elena and Adelina. The name was given to just 279 girls in 2014, ranking Number 953 in the US. It’s been fading over the past decade, but could be ready for a comeback. A bonus? It comes with built-in nickname Polly.

Louisa – Here’s a surprise: lovely Louisa was given to only 271 girls in 2014. The vintage name is literary, as in Little Women author Louisa May Alcott, and also shortens to Lucy, Lulu, or Lou – all spunky nicknames that make Louisa versatile, as well as classic. Louisa returned to the US Top 1000 in 2014 after more than fifty years’ absence.

Antonia – Could Antonia substitute for the very popular Amelia? The name was given to 270 girls in 2014, up slightly over the last few years. Willa Cather’s 1918 novel My Antonia is considered a masterpiece of American literature, putting Antonia in the company of names from novels like Emma and Daisy. There’s also Antonella, chosen for 216 girls in 2014.

Cordelia – The name of King Lear’s loyal daughter from Shakespeare’s tragedy was chosen for 264 girls in 2014, but that’s a big jump from just 64 girls back in 2000. It’s not only Cordelia on the rise, either. Cora, Coraline, and Corinne all gained in 2014. Could Cora names be the new Lily names? Even if they are, Cordelia has a strength that makes this name a standout.

Ramona – Maggie Gyllenhaal named her daughter Ramona in 2006, when the name was near its lowest point in many years. Now Ramona ranks a few spots outside of the US Top 1000, with 233 newborn girls given the name in 2014. A feminine form of Raymond, Ramona first caught on thanks to an 1884 novel. It also brings to mind children’s book heroine Ramona Quimby.

Ophelia – It’s another lovely name for girls with ties to Shakespeare, though some might find Ophelia too tragic to consider. And yet the name is on the rise in 2014, given to 225 girls. Musician Dave Grohl’s youngest daughter is Ophelia Saint, and Ophelia is very popular on nameberry. It could be a great substitute for Olivia.

Davina – This feminine form of David has never been very popular. A mere 185 girls were named Davina in 2014. But Davina would fit right in with Ava and Avery. It feels slightly British, and indeed there’s a Lady Davina Lewis in the line of succession to the British throne. She’s Number 28, right behind her niece, Lady Cosima Windsor.

Loretta – This list almost included Tabitha, a name popularized by 1960s sitcom Bewitched and chosen by Sarah Jessica Parker and Matthew Broderick for one of their twin daughters in 2009. But it’s Tabitha’s twin, Loretta, that makes the list instead. While Tabitha is still falling, Loretta has climbed steadily over the last five years. 177 girls were named Loretta in 2014.

Seraphina – Let’s end with one more celebrity-inspired baby name: Seraphina, the surprise choice of Jennifer Garner and Ben Affleck for their middle child. Firstborn Violet’s name is mainstream, and son Samuel’s name is a classic. But Seraphina was a seldom-heard choice that remains relatively rare. 175 girls were named Seraphina 2014, up from just 50 in 2008, the year before Miss Affleck arrived.

What are your favorite long and lovely names for girls?