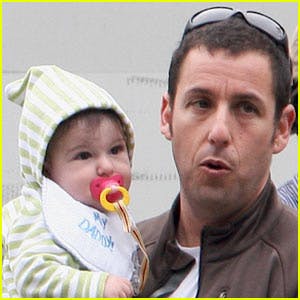 Mike Myers’ recent choice of the name Spike for his infant son got me to thinking.  Did other former SNL cast members make equally offbeat, out-of-the-box choices?

Saturday Night Live is at this point a certifiable institution.  The show has now been around for 36 years, and over its long run has featured many of the funniest, most creative, offbeat comic talents in America–some of whom have gone on to become so iconic that we’ve almost forgotten they were ever regulars on the show. As in Billy Crystal, Robert Downey Jr, Bill Murray, Dennis Miller, Chris Rock, Ben Stiller, Eddie Murphy, Adam Sandler, Martin Short and now-Senator Al “I’m good enough, I’m smart enough” Franken.

In fact,  SNL has been around so long that it’snow  multi-generational–one of the current cast members, Abby Elliot, is the daughter of  early 1990s SNLer Chris Elliott.

So  the question is did these guys apply their quirky creativity when it came to naming their babies?

The answer is: not so much. For example, Billy Crystal named one of his daughters Jennifer, Julia Louis-Dreyfuss and Brad Hall have a Henry and a Charles, Dana Carvey a Thomas, Al Franken a Joe, and Jim Belushi a Robert.

But there are some who did– to lesser and greater degrees–think outside that aforementioned box, most recently Maya Rudolph with her choice of Lucille, and Amy Poehler’s Archibald and Abel. Here are some others born to cast members who span the history of the show: