The Most Influential Celebrity Baby Names 2016 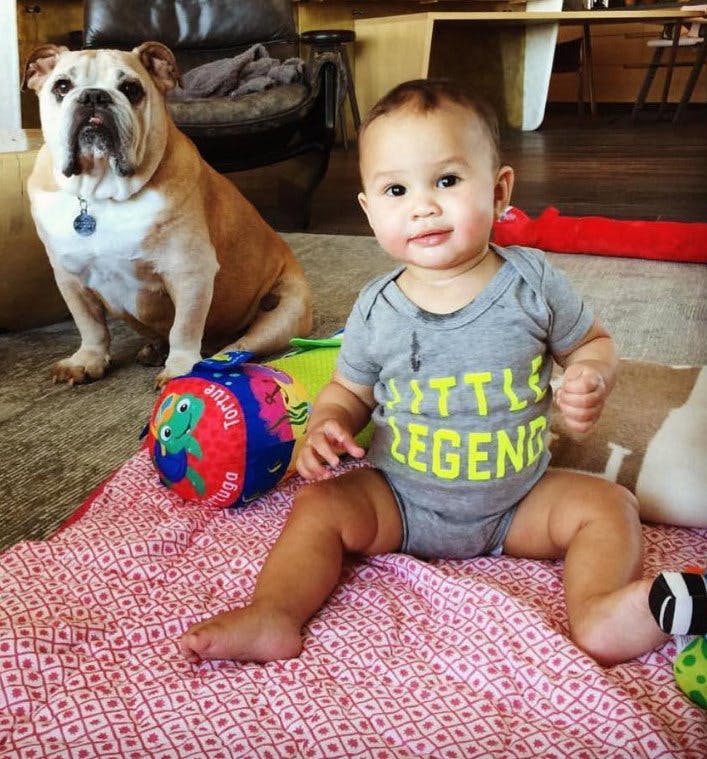 We know that celebrity baby names can impact the popularity charts for years to come. Way before Emily Blunt welcomed baby Hazel, its choice by Julia Roberts pushed it an astonishing 600 places up the US popularity chart. Heather Locklear and Reese Witherspoon were moms to early Avas, which turned that old Hollywood Glamour name into a modern star. And Kevin Costner and Harrison Ford were both dads to sons named Liam more than a decade before it reached the US Top Ten.

So which star choices of the past year are most likely to inspire the baby names the rest of us choose?

Arrow Rhodes – Jensen and Danneel Ackles blur the line between babies and superheroes. This year, daughter Justice Jay was joined by twins Zeppelin Bram, a boy, and Arrow Rhodes, a girl. Arrow fits with meaningful names like Journey, and proves that dramatic word name choices aren’t just for our sons. After all, arrows find their targets, making this a modern virtue name of sorts. While still rare, Arrow should attract even more attention in 2017, along with the already-popular related boys’ name Archer.

Cleo James, Sally James, Olivia James – Speaking of bold choices, James has gone from a jaw-dropping surprise on a girl to a celebrity baby middle almost as expected as Grace or Rose. MTV’s Nev Schulman welcomed daughter Cleo James; actress Audra McDonald went with Sally James; and Kellie Martin opted for Olivia James. It’s appearing in more and more birth announcements outside of Hollywood, too. Celebrity parents definitely get credit for making James a possibility for our daughters.

Daisy Josephine –Olivia Wilde and Jason Sudeikis found a pitch-perfect name for daughter Daisy Josephine. She joins big brother Otis Alexander. Both names combine a vintage, nickname-proof, friendly first with a longer, more buttoned-down middle. While Daisy is more popular than Otis – it’s been in the US Top 200 since the 1990s! – they’re very well matched. Otis re-entered the US Top 1000 after the couple chose the name; let’s watch for an uptick in baby Daisys, too!

Dusty Rose – Color names have gone mainstream. Just ask Scarlett, Violet, or Grayson. Adam Levine and Behati Prinsloo brought back a favorite shade from the 1980s for daughter Dusty Rose. The name also brings to mind iconic 1960s singer Dusty Springfield. The couple has not confirmed if the singer served as inspiration, we do know who suggested the name initially: Ellen DeGeneres. We’ll be looking for more baby Dustys – or maybe Joni, Aretha, and Mavis.

Iris Mary – Actor Eddie Redmayne had a banner year. Not only was the Oscar-winning actor nominated for another Academy Award in The Danish Girl, he starred in the blockbuster Fantastic Beasts and Where to Find Them. In between, Redmayne welcomed daughter Iris Mary. Iris fits in with florals like Daisy and Lily, but has a slightly more serious vibe, thanks to writer Iris Murdoch. Iris is poised to become one of the most popular vintage baby names for girls.

Luna Simone – Chrissy Teigen and John Legend named their firstborn Luna Simone (that’s her in all her adorableness above). Luna belongs with other celestial favorites like Stella and Skye. As for Simone, it appears this is another honor name, paying homage to the great Nina Simone. After all, Legend has appeared at a tribute to Simone, as well as referencing her in his Oscar acceptance speech. Luna Simone hits exactly the right notes – on-trend, but not too popular, and meaningful while still stylish. Except both names to climb next year.

Mabel – Another vintage choice on the rise is Mabel. Long-neglected, this former Top 20 choice has been boosted by two celebrity dads. Bruce Willis welcomed a Mabel in 2012, and now Russell Brand has named his daughter Mabel, too. It’s catching on in the US, and a few high-profile birth announcements can only help. Mabel reminds me of Hazel, a similar-sounding name that was out of favor until celebrity baby names changed our minds. If the pattern repeats, Mabel might make the US Top 100 sometime in the 2030s.

And the boys’ names:

Boomer Robert – Will we meet many baby Boomers? Probably not. But the name Olympian Michael Phelps gave to his son could encourage more parents to choose boldly. Phelps called them “cool kid” names. With choices like Maverick, Kai, and Kingston in the current boys’ Top 200, cool names are more and more common. It’s easy to imagine parents cautiously considering Ledger or Bridger thinking, “Well, it’s not as extreme as Boomer.” Sometimes it’s the name that catches on, and sometimes it’s the style.

Charles Max – Savannah Guthrie and Mike Feldman reminded us that family names make a powerful style statement, even when they’re as traditional as they come. Charles “Charley” Max joined big sister Vale just this month. Charles comes from Savannah’s late father, while Max is a family name from dad’s side. Charley and Charlie continue to be a fast-rising favorite for sons and daughters, as a nickname or a stand-alone – classic, casual, upbeat, and found on many family trees.

Freddie Reign – Now that boy band One Direction is all grown up and starting families, many future parents are paying close attention. Louis Tomlinson became the first 1Der dad when he and Briana Jungwirth welcomed son Freddie Reign. Nickname names like Freddie are common in the UK. Maybe the singer’s son will help American parents to embrace the trend. If so, expect to hear more of Archie, Alfie, and Freddie on American playgrounds soon.

Hugo Wilson – Once stars Ginnifer Goodwin and Josh Dallas pick names that hit the fits-in/stands-out sweet spot. Big brother Oliver Finlay was joined by Hugo Wilson earlier this year. Hugo boasts plenty of history, and that great ‘o’ ending puts the name in the company of popular picks like Leo and Milo. Expect to hear more of Hugo in 2017.

Journey River – 21st century parents often look for names rich with spiritual meaning. Think of Destiny and Zion. Or Journey River, the name chosen by Megan Fox and Brian Austin Green for their third son together. Their family also includes Bodhi Ransom, Noah Shannon, and Brian’s son Kassius. Equally intriguing: Journey is used in much larger numbers for girls. It’s refreshing to see more families considering names for boys that might be perceived as feminine. It could prove one of the most influential names of the year.

Remington Alexander – Kelly Clarkson named her daughter River in 2014, and River rose for girls dramatically the following year. While the name was already on the rise, Clarkson’s daughter – and the children’s books bearing her name – helped. Now the family has added son Remington. Could the pattern repeat? Remington is another new favorite that many parents already have on their shortlists, so a celebrity boost should take this name even higher.

What were your favorite celebrity baby names of 2016? Do you see any of these catching on?