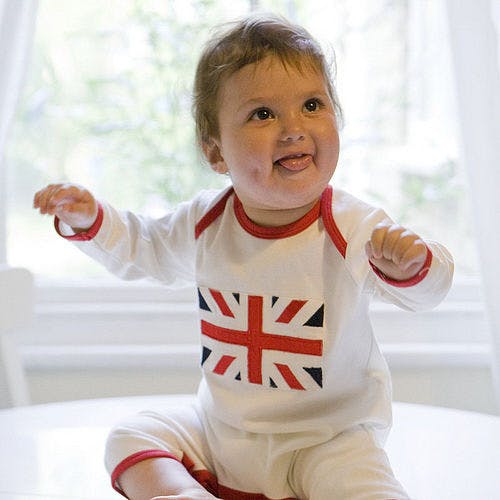 English names for boys dominate the popularity lists of the US, the UK, and other English-speaking countries, with William and James ranking highly in the US, and Jack, Oscar, and Charlie reigning in the UK.
Read More

Many English names for boys drawn from surnames are currently fashionable in the United States: Jackson, Cooper, Lincoln, Hunter, and Landon, for instance.And then there are English word names from Gray to Loyal that have become fashionable for baby boys.
Along with William and James, other English boys’ names in the US top 100 include Carter, Grayson, Julian, Mason, Parker, Robert, Sawyer, and Wyatt.
Baby boy names popular in England include Oliver — a top name throughout the United Kingdom — Harry, Leo, and Alfie.
Some of the straightforward boys’ names we think of as English — like the royal Charles, William, Henry, George, and Louis — all have non-English roots but may carry nicknames like Charlie or Bill that are distinctively English.
Browse all our English names for baby boys here.The top names below rank among the current US Top 1000 Baby Names and are ordered by popularity.Unique names rank below the Top 1000 and are listed alphabetically.
You might also want to check out our English names for girls.
See Unique English Names for Boys
Page