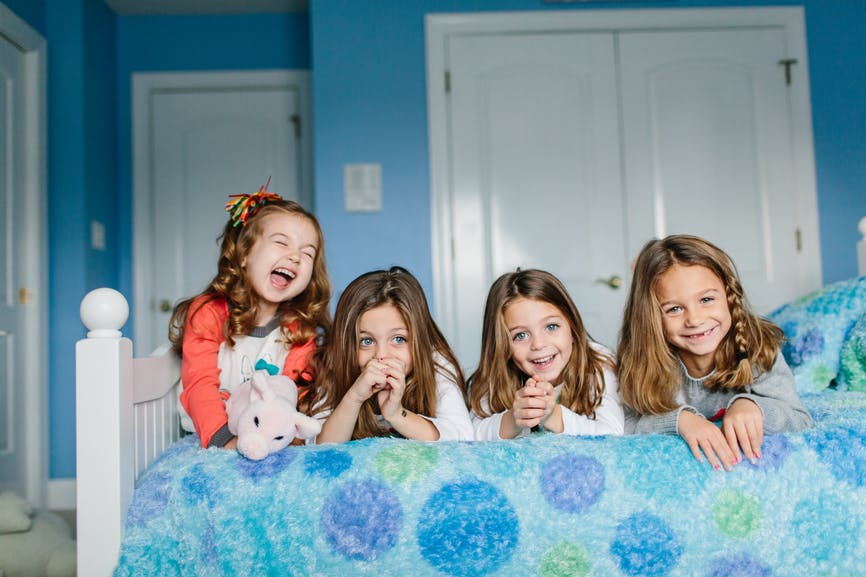 Four syllable names for girls are led in the US, as well as in many other countries, by the sweet and sophisticated trio of Olivia, Amelia and Isabella – all of which currently rank in the Top 10 baby girl names.

Along with Olivia, Amelia and Isabella, other four syllable baby names for girls which make the Top 100 in the US include classic Elizabeth, Victoria and Alexandra, as well as international favorites like Penelope, Valentina and Eliana.

Uncommon and unique four syllable girls' names we recommend range from underused traditionals like Felicity and Georgiana, to long and lovely international beauties like Esperanza and Scheherazade, to unique four-syllable mythological girl names like Callidora and Persephone.

If you're looking for a longer baby girl name to balance out a short surname – or if you just love long and feminine names for girls – this is the list for you!

Browse 180+ girl names with four syllables to fit all styles and tastes below.