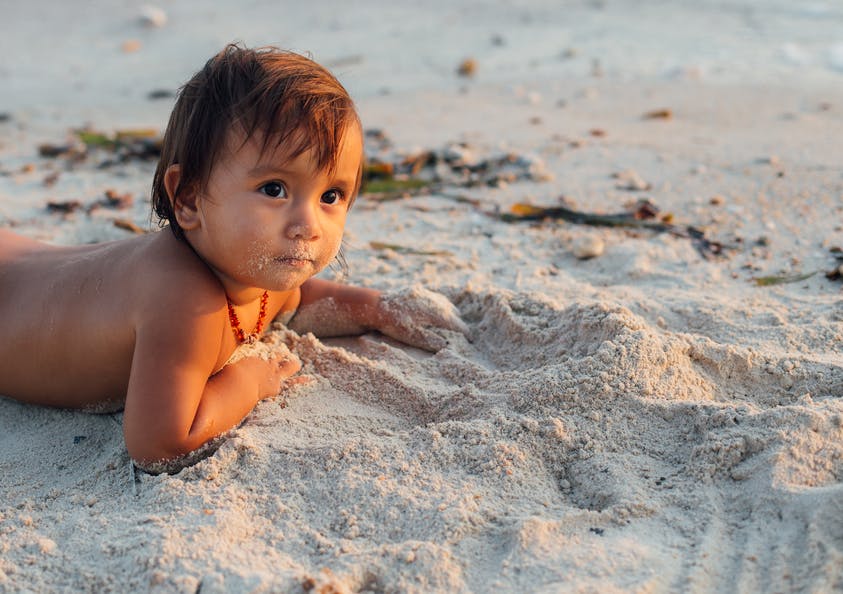 Beach baby names call on the sand, the sea, and the sun for inspiration. Figures from mythology along with beach-related flora and fauna, such as Piper and Fisher, might also be considered beachy baby names. Along with Piper and Fisher, other beachy baby names in the US Top 800 include Ariel, Dylan, Finn, Madison, Maren, Marina, Summer, and Wade. Names inspired by natural elements of the beach, such as Reef, Dune, Cove, and Ocean, are among the coolest gender-neutral names right now.
Beach names would be perfect for a child born during the summer months, the child of a sailor or a surfer, or a family that lives near the water. Beach baby names to consider for your list include the following.