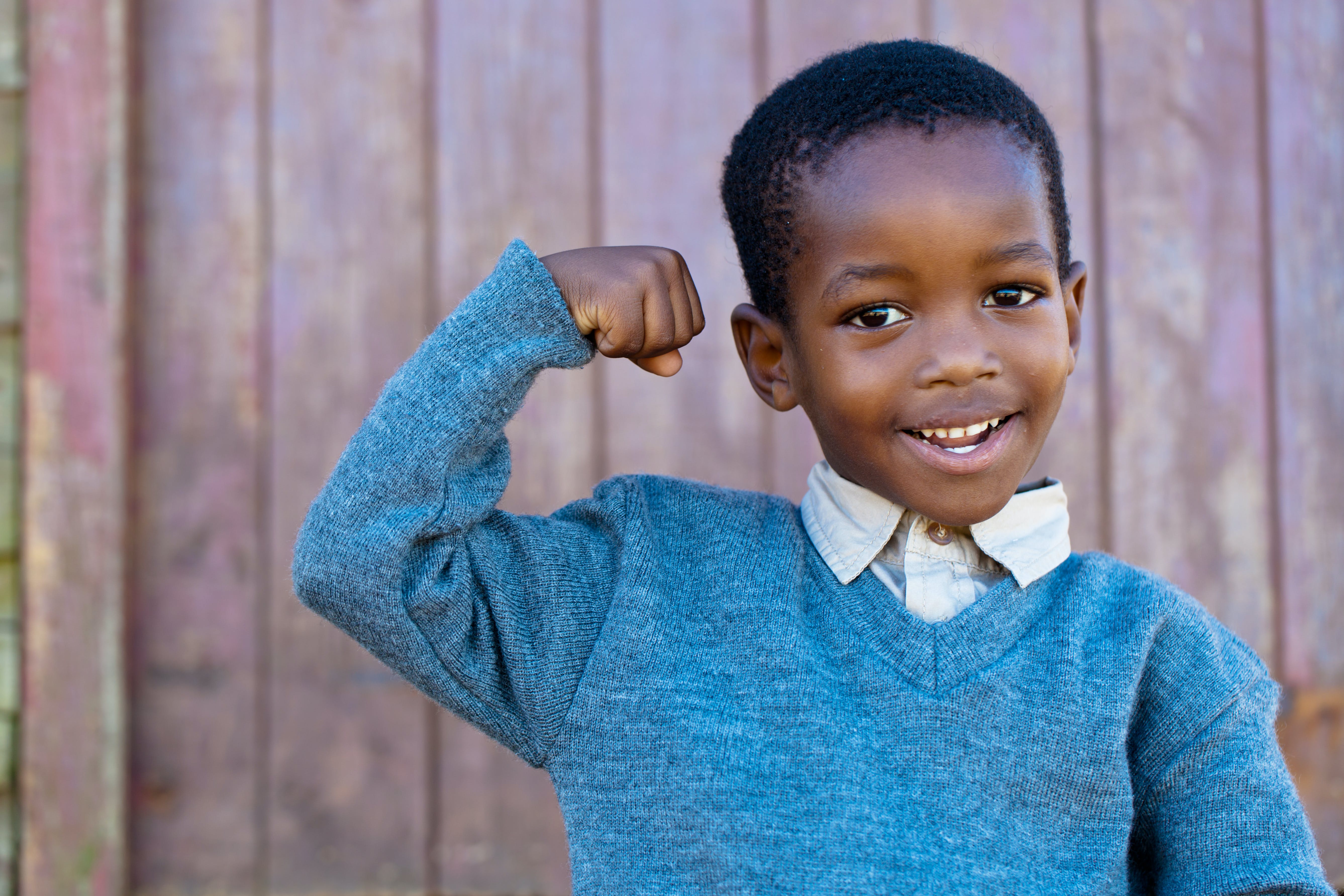 Baby names that mean strong may help to arm your boy or girl for whatever lies ahead. Strength-related name meanings have become more popular in recent years, as parents seek to prepare their children for challenging times. And let's face it – what young boy or girl wouldn't like to discover that their name means "strong and healthy" (Kenzo) or "mighty in battle" (Matilda)?

Strong baby names come from a variety of different cultures and encompass many different styles. We often think of succinct, no-nonsense names like Drew and Zeke as strong, but there are also plenty of long and romantic names with strength or power in their meaning, like Gabriella and Valentino.
Along with Gabriella and Zeke, other names that mean strong in the US Top 1000 include Anders, Audrey, Bridget, Ethan, Gabriel, Griffin, Valentina, and Valerie. Uncommon strong baby names worth considering include Evander, Trudy, Valencia, and Zale.
If you're looking for a strong baby name that will empower your child, you can find our full list of the best baby names meaning strong or powerful here.