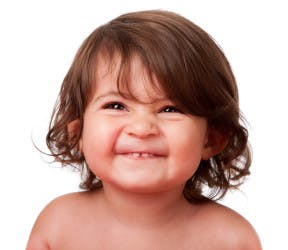 I am due in July with baby number two, a girl. My husband and I are having a difficult time agreeing on names.

We are looking at both English and Spanish baby names. My husband’s only condition is that it can be pronounced easily in both Spanish and English. I am a little more flexible in that my only requirement is that it not be too popular.

Our surname ends with “-in” and while our son’s name is Julian, this time we’d like to steer away from similar sounding names. M names are also out due to our surname.

I love Sofia, Isabel, and Camila but find them all to be a bit too popular. I also really love Beatrice/Beatrix and Noelle, but my husband isn’t a fan of these two names.

He likes Naomi, Elena, and Natalia but I’m on the fence about all three. I also like Eliana, but it almost breaks my rule about not sounding too much like our last name, and it might be too close to our son’s name.

Is there a way to make popular names work without sacrificing that unique feeling of a rare name?

I love this question: Is there any way to make popular names work without sacrificing that unique feeling of a rare name?

The answer is yes … and no.

If your favorite name for your daughter is Sofia, the fact that lots of other parents have discovered the name doesn’t have to make it any less special for you. And just because your daughter shares a name with other girls her age doesn’t make her any less beloved. Focus on the reasons you love the name, and why it is the right choice for your family, and maybe concerns about popularity will fade.

Practically speaking, you can also choose a really unusual middle name. There will be many fewer girls named Sofia Aranza than Sofia Rose. It’s also possible to choose an unusual nickname – Sosie for Sofia, or Ibby for Isabel – that might make a name feel a little different.

But what you can’t control is how often you’ll meet other girls who share your daughter’s first name. If that bothers you – and it does bother many parents – it’s worth looking for something slightly less common.

Sofia, Isabel, Camila, and Naomi are all Top 100 names. Natalia, Eliana, and Elena aren’t far behind. Beatrice and Noelle are less common, but your husband has ruled them out.

Let’s see if we can find some English/Spanish crossover names not in the current US Top 250 but still nicely familiar.

Sabrina or Serena – Sabrina and Serena are both familiar names in English, but they’re relatively under-used in 2016.

Lucia – Lucia is just inside the current US Top 250, and it’s catching on – but it remains much less common than Sofia and company. It could be a good compromise between a Top Ten name and one that’s much less common.

Catalina or Caterina – Romance language versions of Katherine are another possibility. They’re traditional, but less common. It might be a great way to arrive at a relatively rare name that everyone recognizes.

Calista – Calista has rarely charted in the US Top 1000, but it feels like many popular girls’ names today – including Camila. It comes from the Greek kalos – beautiful.

Maribel, Anabel – If Calista can substitute for Camila, maybe Maribel could substitute for Isabel? Another potential bonus with Maribel: it’s originally a contraction of Maria and Isabel – which would tie your daughter’s name to your name, Mary.

Vera – Vera is used in over a dozen European languages, as well as English. It doesn’t get much more international than that. It’s a little shorter than most of the names on your list, but the culture-spanning qualities might make it worth consideration.

Bianca – If you like the B sound of Beatrice, I wonder if you’d consider Bianca? I’ve heard that Blanca is the traditional Spanish form of Blanche, while Bianca is the Italian. But Bianca seems to sound just right in Spanish. It’s also the name of the younger daughter in Shakespeare’s Taming of the Shrew, which makes it nicely literary.

Graciela, Gracia – Grace is a very common name in the US right now. Choosing a Spanish form of the name, like Gracia or Graciela, might give you the best of both worlds: popular nickname Gracie and the slightly less common Spanish version, Graciela.

If you’re concerned about popularity, my sense is that names like Lucia and Sabrina are better choices than Isabel and Sofia. And yet, there are lots of names on your lists – like Camila and Elena – that fall somewhere in between.

Let’s have a quick poll here, because I’m curious to see if readers find your favorite names especially popular.

Readers, have you used more popular names, like Isabel or Natalia? If so, can you share your experience? Also, please share more great Spanish/English crossover names with Mary and her family. Thanks!