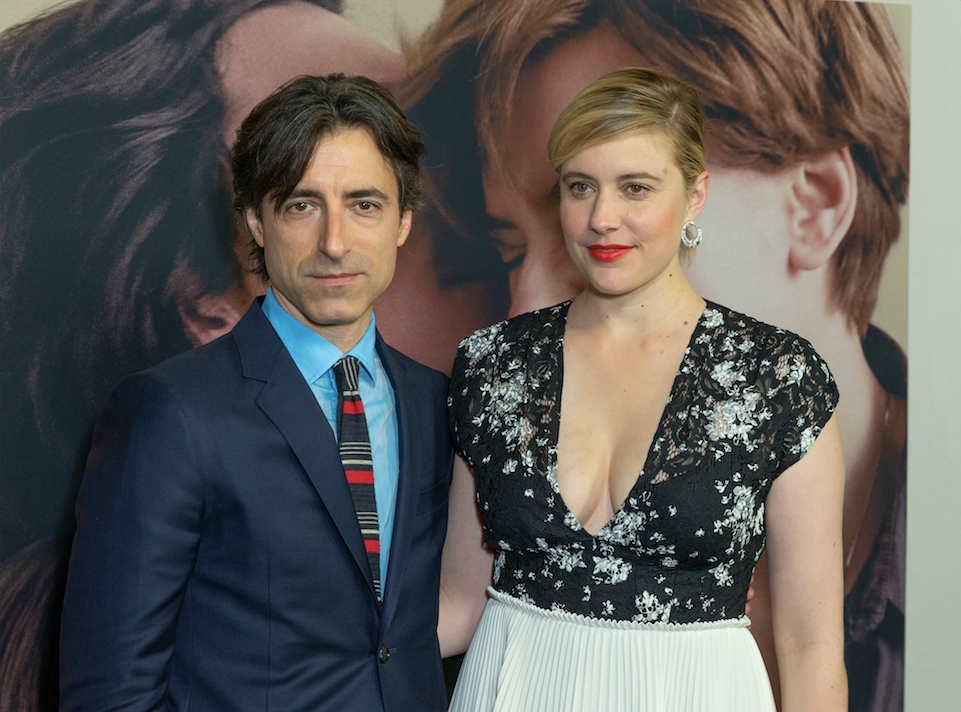 More and more celebrities are choosing to delay the announcement of their children’s names—weeks, months, or even years after the births. In December, Greta Gerwig and Noah Baumbach revealed their son’s name in Vogue, ten months after his birth. (The frustration of waiting for ten months quickly dissolved once we learned his name was Harold Ralph Gerwig Baumbach).

Gerwig and Baumbach fall into the category of celebrities who hide their children’s names for privacy reasons. This is the same group of stars who cover their children’s faces with emojis on Instagram or eschew social media altogether. It’s a form of going off the grid, allowing them to revel in private time with their baby before they are ready to share their news with the world.

However, there are stars who go further, choosing never to let us in on their children’s names. Joseph Gordon-Levitt has two sons—ages two and four—whose names are unknown to the public, and he intends to keep it that way. In a 2015 interview on Live with Kelly and Michael, Gordon-Levitt explained, “[My son] hasn’t made the choice to be in the public eye, and that’s a choice I would like him to be able make when he’s older, when he can think about these kinds of things and make that decision for himself.”

Pharrell Williams and his wife Helen welcomed triplets in 2017, never revealing the name or sex of any of the three (and their oldest son is named Rocket, so you know these are good names). A handful of notable starbaby births from the past few years, including the children of Claire Danes, Hugh Grant, and Rachel Weisz, were never followed up with name announcements.

Celebrities like Rachel McAdams and more recently, Anne Hathaway, abstained from the traditional representative-confirmed birth announcement, instead leaving it up to paparazzi photos to verify that they had given birth. The Daily Mail recently caught Anne Hathaway out and about with her family—plus an infant car seat—but the baby’s sex, let alone name, is still anyone’s guess.

Blake Lively and Ryan Reynolds have confirmed that their third child is another girl, but they’ve not yet revealed her name. When asked about it on The Today Show, Reynolds joked, “We’re going to be original, and all the letters in her name are silent.”

It’s hard to tell whether Lively and Reynolds are delaying the announcement for reasons of privacy or spectacle (although the two aren’t necessarily mutually exclusive), because the fact of the matter is, if you’re a big enough celebrity, your child’s name announcement is going to be news no matter when you announce it.

Some celebrities capitalize on this fact, imposing a waiting period on the name for the drama of it all. The trick is to wait the perfect amount of time—enough so that the public gets antsy, but not so much that they move on to other celebrity gossip. Kim Kardashian and Kanye West, old pros at this by now, waited about a week between each of their children’s birth and name announcements. North, Saint, Chicago, and Psalm’s names were revealed via simple tweets, but that did the trick—the press and public went berserk.

Beyoncé and Jay-Z waited even longer—a whole month—before announcing the names of their twins, Rumi and Sir. The Instagram post publicizing the names was pure drama, featuring a veiled Beyoncé in a ruffled dress, holding her twins in front of a floral arch overlooking the ocean. In other words, made for the media.

Delayed announcements aren’t just a trend among celebrities though. Parents around the country are waiting to reveal their babies’ names, usually until after birth. It’s the latest best-practice in baby naming, and we dole out this advice to expecting parents all the time.

Before a baby is born, a name is merely a concept. Parents, coworkers, and anyone else you decide to share the name with are going to have opinions—often strong opinions—on the name you so carefully chose for your darling child. Maybe Cecilia was the meanest girl in school, or Ira was their mom’s ex-boyfriend. People won’t be afraid to tell you! But when that name is attached to a person (particularly a sweet, baby-faced person), it’s harder to argue with.

Of course, like celebrity moms and dads, there are parents who choose to reveal their child’s name in a more dramatic fashion, usually with a perfectly-styled Instagram shot, or occasionally a name reveal party. For those who have the name locked-in (and won’t be swayed by other’s opinions), this can be an exciting undertaking before the baby is born. But a few days after birth seems to be the most common time to announce a child’s name—although we have heard of parents who waited to do the reveal until the Sip and See!

The timing of a name announcement is a personal choice, and in a time when much of our private lives are lived publicly on the internet, it’s understandable that more parents—celebrities or not—are choosing to delay the reveal.

When did you reveal your child’s name? How did you do it?