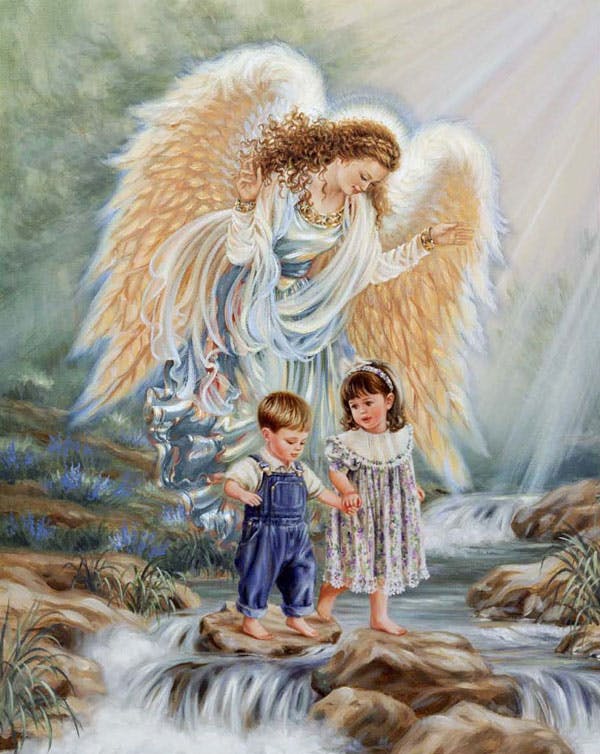 Most of us are familiar with the names of at least a few angels—after all, archangels Michael and Gabriel and to a lesser extent Raphael, have had widespread and long-lasting popularity over the years.

But there is a profusion of other angelic creatures whose names are not as well known.  Thought of as messengers of light, angels are seen as reflecting God’s radiance.  There are Biblical angels, seraphim and cherubs, and guardian angels who oversee various days, months, Zodiac signs, natural elements and virtues.  There are angels in Persian and other Eastern religions and mythologies, and angels in works of fiction.

Then of course there is the whole family of straightforward Angel names–Angela, Angelica, Angelo, et al, that mean ‘angel’ or ‘messenger’; Evangeline, whose meaning,  ‘good messenger’ relates to angel, and Seraphina, which is derived from the word seraphim.

Here are 25 angel names from a range of sources you might consider for your baby girl or boy.

Do you have a favorite angel name of your own?