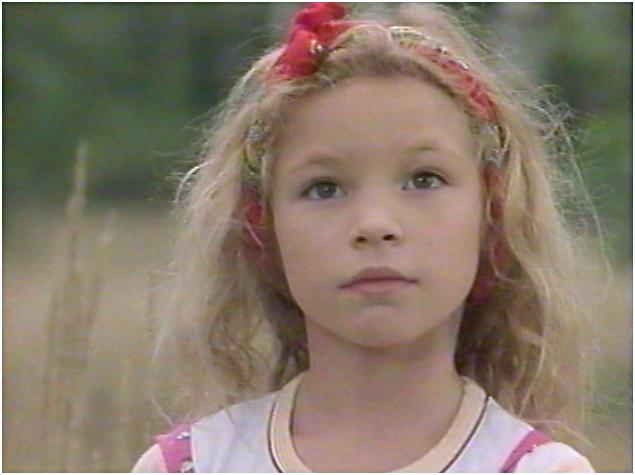 Ever since I spotted the name Honeysuckle on the credits of the ITV series Foyle’s War, I have been riveted by the cast rolls at the end of other British shows. For if the characters on these comedies and dramas have good names, some of the actors—particularly the women—have fantastic ones, and to me at least, they seem quintessentially British. Here are some of the best I’ve spotted.

Cascade Brown is most known for her leading role in the TV show The Bill, followed by many others. This is a rarely-if-ever heard waterfall-ish word name, with a pleasant sound and connotations. Could work and play well with an Adelaide.

Clemency Burton—Virtue names are more commonly used by the Brits than us Yanks—there’s also Charity Wakefield of Wolf Hall. Clemency Burton, aka Clemmie Burton–Hill has appeared in such TV projects as _Midsomer Murders—_and is also a classical musician, novelist, journalist and radio personality. Clemency makes a stunning alternative to Clementine.

Doon Mackichan—Born Sarah–Doon Mackichan, this actress-comedian was one of the writers and stars of the comedy series Smack the Pony and numerous other shows. Doon, used by photographer Diane Arbus for her daughter, has a nice beachy feel.

Emerald Fennell—Lovely actress Emerald Fennell (great combo) has been seen by American audiences as Patsy Mount in Call the Midwife, and is also a published novelist. This neglected gleaming green gem name, the birthstone of May, could easily join Ruby and Pearl and all those other more popular Em-names.

Fidelis Morgan—Fidelis Morgan is primarily a theatrical actress (and also a playwright and novelist) who has been seen by US TV viewers in As Time Goes By and Jeeves and Wooster. A rare unisex Latin name, Fidelis conjures up loyalty and strength.

Holliday Grainger will be familiar to Yanks via her role as Lucrezia Borgia in the Showtime series The Borgias. Her festive, fun name is more commonly spelled with a single L, as in the daughter of Brittany and Harold Perrineau. Breakfast at Tiffany’s Holly Golightly’s full name was Holiday, though the character came close to being called Connie.

Honeysuckle Weeks is the adorable Samantha (Sam) Stewart in Foyle’s War. (A young Honeysuckle is shown)Her parents named her after the honeysuckle flowers that were in bloom when she was born, and she has a sister named Perdita. Is Honeysuckle charmingly sweet or over the top? Your call.

Petronella Barker has been featured in various TV series for decades. Her name, heard most commonly in t he Netherlands, is one ‘ella’ name we don’t see catching on here.

Prunella Scales made an indelible impression as Sybil, the bossy and demeaning wife of Basil in the iconic series _Fawlty Towers—_which was voted the best British television series of all time. But though the name Prune is megapopular in France, neither it nor Prunella has much of a chance with American parents.

Romola Garai –Romola Sadie Garai has starred in such BBC series as Emma and The Hour. We don’t know if her unusual and exotic name was inspired by the Florentine heroine of George Eliot’s eponymous novel, but suspect it might have been. From an R-themed family, she has sisters named Roxy and Rosie and a brother called Ralph..

Sheridan Smith—Among her many TV credits is the comedy Gavin & Stacy. Her attractive Irish surname name may well have family antecedents. It’s more frequently heard as a male name, as in author Sheridan Morley and The Man Who Came to Dinner curmudgeon character Sheridan Whiteside.

Tuppence Middleton has appeared on such TV shows as Bones and New Tricks. She was named after the childhood nickname her grandmother had given to her mother—kind of demeaning when you think of the value of a tuppence.

Verity Rushworth. Yet another virtue name, and one of the best, with its aura of truthfulness. Rushworth is best known for her work on the long-running British soap, Emmerdale.

Xanthe Elbrick—Xanthe Eleanora Marie Davina Elbrick is primarily a stage actor, but made her TV debut on the BBC show Doctors. Xanthe boasts the cool X beginning plus the jazzy Z sound. A Greek mythological name meaning yellow, it arose as a name for a blonde and though not to be found in the US Top 1000, the Berries rank it at Number 366.