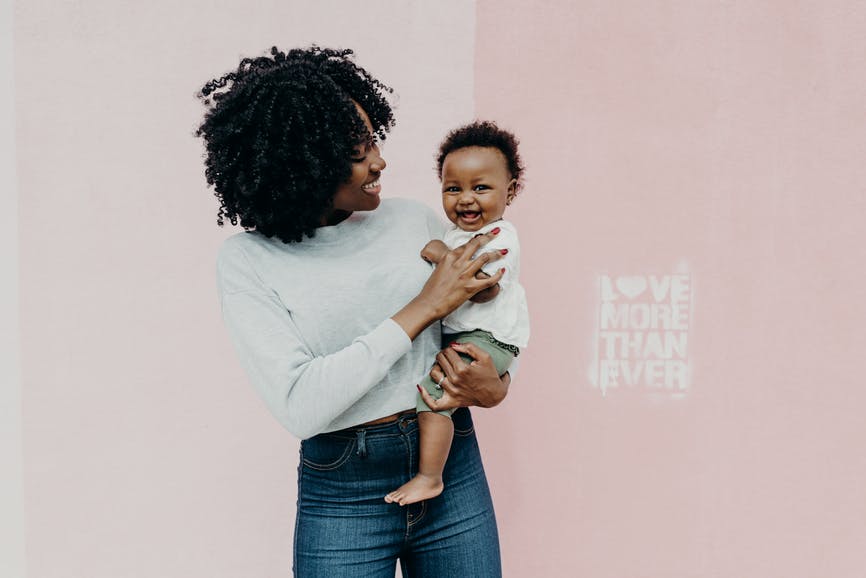 If the current crisis has taught us anything, it’s that love and laughter are incredibly important.

On the whole, humanity has been at its best during this epidemic. Communities have pulled together to protect the most vulnerable. Friends, families and neighbors have connected in new and innovative ways. And Twitter has been on fire!

With the aim of bringing a little bit of laughter to your Wednesday (definitely Wednesday, we checked), today we’re shining a light on some of the most hilarious and heartwarming stories of the past few weeks.

And also – of course – on the wonderful names behind them!

Creativity has played a pivotal role in lockdown life for many. And from the Getty Museum’s household object art challenge to this genius who gradually replaced family photos with crayon replicas (any guesses on how long it took them to notice?), it’s given us some good chuckles too.

As a name, Art is either short for Arthur, or a Celtic name meaning “bear” or “champion”, used in its own right for centuries.

15-year-old Courtney Johnson, known as Coco, finished her long and gruelling cancer treatment at the end of March, and her friends and neighbors pulled together to throw her a surprise (social distancing compliant) street party as she arrived home.

We recently recommended Coco as one of the best unique nicknames for girls — and if you wanted a longer form, any C name feels like fair game.

Cleveland’s local Fox 8 news station launched a surprisingly helpful new segment last week. “What Day Is It?” provides a welcome blast of entertainment and education in this lockdown-induced daze we’re all living through.

Rainbows have been springing up in windows all over the world as a symbol of hope in hard times. And now they’re being used in a viral Instagram challenge to promote body positivity and mental health during the coronavirus crisis.

Have you heard the one about the boss who accidentally turned herself into a potato for a team video meeting? Her resigned potato face says it all, really.

In the absence of any good potato-related baby names (does Chip count?), consider the boss’ own highly unusual name: Lizet. It’s a variant form of Elizabeth, and could be an interesting way to honor an ancestral Liz.

A photo of 93-year-old Pennsylvanian Olive Veronesi holding her homemade “I NEED MORE BEER!!” sign has been shared more than 5 million times on social media. And now Molson Coors has promised to keep her fully stocked up until the lockdown is over!

Olive is a funky vintage favorite which has been chosen by stylish celebrity parents including Isla Fisher and Sacha Baron Cohen, and Drew Barrymore and Will Kopelman.

BBC weatherman Owain Wyn Evans takes working from home very seriously. As well as presenting his regular segment from his back garden, he’s also been rocking out to the BBC News theme on the drums.

The ancient Welsh name Owain (o-WINE) is now more commonly seen in its Anglicized spelling, Owen — even in Wales. But there’s something pleasingly Arthurian about the original.

With few actual sports left to commentate on, BBC presenter Andrew Cotter has instead been following the epic battles of wills between his two labradors, Mabel and Olive. The ultimate prize? The coveted title of “very good dog”.

Mabel is a sweet vintage name which is rocketing up the charts in the UK, currently sitting just below the Top 100 there. And it’s one to watch in the US, too — entering the Top 500 in 2017 for the first time in 70 years.

Ever since a video of a T-Rex taking out the trash in Murcia, Spain went viral back in March, these prehistoric predators have been cropping up all over the place: from Miami Airport to Truro, Cornwall.

Long dismissed as a dog’s name, kingly Rex is making a comeback among adventurous namers. It now sits at #637 in the US, and shares its cool final X with popular picks like Max and Jax.

One of the most incredible stories of this crisis has to be that of Captain Tom Moore, the British World War II veteran who has raised over $33m for the National Health Service by walking laps of his garden with his Zimmer frame.

Full name Thomas is an evergreen classic which has ranked in the US Top 100 every year since records began in 1880.

A black and white cat named Walter found fame on Twitter after he became a conversation starter between quarantined neighbors in Leeds, UK. His humans have now set him up with his very own Instagram account: @waltersobchat (see what they did there?!)

As a name, Walter is just as handsome and noble as its feline bearer, and sits in the popularity sweet spot at #271.

As human activity has decreased, animal life has flourished. Wild boars in Paris and Barcelona; monkeys in Lopburi, Thailand; deer in Nara, Japan… and a herd of mountain goats taking over the coastal town of Llandudno in Wales. It’s also sparked this hilarious series of memes.

Emma Waterhouse joined the team in 2017, writing about everything from the baby names to watch in 2022 to how not to choose the next big baby name. As Nameberry's head moderator, she also helps to keep our active forums community ticking. A linguist by background, Emma speaks several languages and lives in England's smallest county with her husband and four young children. You can reach her at emma@nameberry.com.