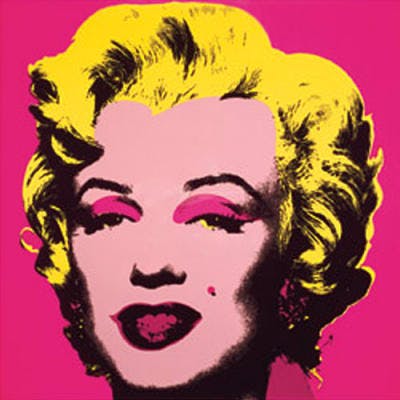 I was sitting here last week, making a list of what I was thinking of as Modern Hero Names – you know, like Palin and Winslet – when the news came in about the names Mariah Carey had chosen for her newborn twins. She’d given her daughter the Old Man Name of Monroe, she said, to honor one of her heroines, Marilyn Monroe.

Bingo. I’d been hesitating a bit about whether this was a real trend, but Carey’s choice confirmed it. There’s a new generation of Modern Hero Names that are, typically, surnames and that honor heroes and heroines who may not have been considered baby-worthy before now.

Not only do the namesakes need to be surprising and cool; their names have to be too. So we’re going to disqualify choices like Armani, Chanel, Kennedy, and Lincoln that are feeling a bit too familiar these days.

Bardot – David Boreanaz put French screen siren Brigitte’s last name on the map when he chose it for his daughter.

Bowie – Are parents honoring rocker David Bowie or do they just like this Western-sounding name? Whichever: Three times as many baby boys received the name in 2010 as 2009 and 19 baby girls were called Bowie too.

Edison – As a Thomas Edison fan, I’m delighted to find this surname gaining favor among parents appreciative of one of our greatest geniuses.

Ellington – Musician Duke is a suave modern hero whose name sounds stylish and right for both boys and girls; used as a middle name by Cyntha Nixon for her son Max.

Finch – To Kill A Mockingbird hero Atticus Finch’s first name is newly groovy but we spot Finch on the horizon too.

Harlow – Nicole Richie made this surname of the original Platinum Blonde, Jean Harlow, into a modern first name.

Jagger — Not one but two celebrities have given their children Rolling Stone Mick‘s last name as a first.  Jagger Jonathan is the son of Lindsay Davenport and Jagger Joseph Blue is the daughter of Soleil Moon Fry.

Jeter – Yankee great Derek’s last name was given to nearly 50 boys last year, up 20 percent over the year before. A new alternative to Peter?

King – Martin Luther’s last name is on the rise, given to 57 more baby boys in 2010 than the pervious year.

Landry – Legendary Dallas Cowboys coach Tom Landry has spawned a legion of little boys and nearly as many girls – 230 and 208 last year — with his last name as their first.

Lennon – Patsy Kensit and Liam Gallagher have a son, now 10, named Lennon after John Lennon. There were over 200 boys and nearly 80 girls named Lennon in 2010, along with nearly 50 boys called Lenin – who is a whole different namesake.Madden — So…your husband wants to name your son after a football video game? Actually, John Madden was a pro football player turned coach turned sports commentator, and Joel Madden is a rocker who fathered Nicole Richie‘s famous children, so maybe he wants to name your son after one of them.

Monroe – After the President who proclaimed the Monroe Doctrine? Naaaaah. Mariah Carey and Nick Cannon chose Monroe for their daughter in honor of Marilyn Monroe.

Presley – Elvis may have dropped off the Top 1000, but there were nearly 1200 girls named Presley along with over 100 boys.

Radley – Undoubtedly not all of the 50 boys and 5 girls who were named Radley last year are called after To Kill A Mockingbird’s Boo, but a few of them certainly were.

Rockne – We hadn’t really pegged Rockne, surname of football coach Knute “Win One for the Gipper” Rockne, as a New Hero Name, but how else did five boys get that name last year?

Winslet – Winslet, as in actress Kate, may not show up on the Social Security list yet, but we’ve heard rumors that people are considering it as a baby name. Winslow and Winston, the first names of painter Homer and politician Churchill, are also in use.

Heard any others? Or can you think of any others you’d use?