Initial Names: From AJ to Zee 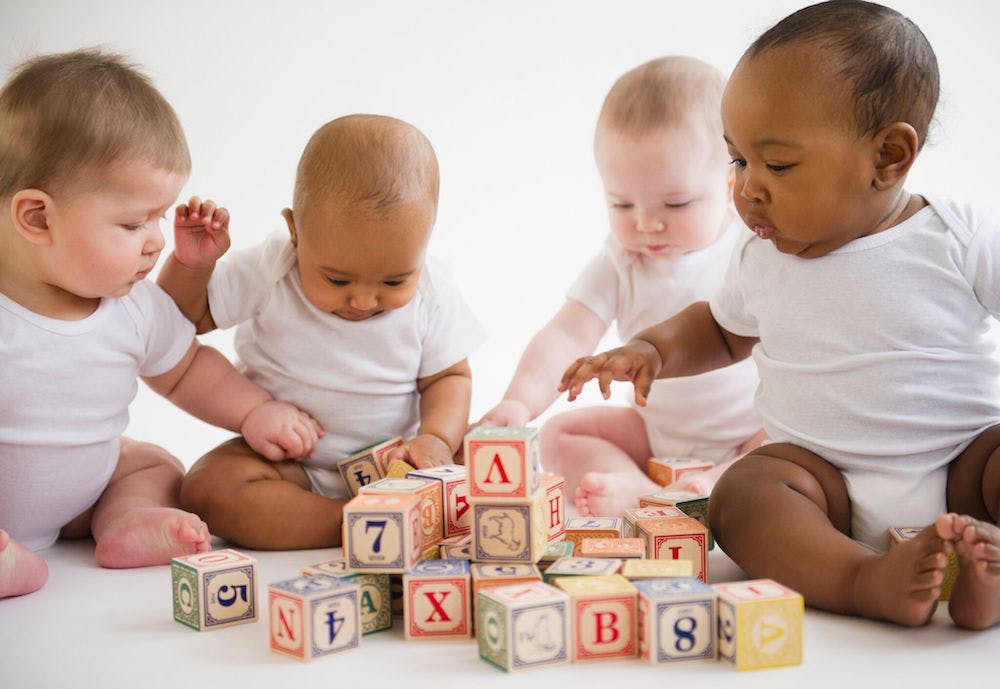 Today we’re celebrating names that are made of initials, from AJ to Zee.

Initial nicknames are a fun way to shorten a formal full name into something more casual, like Spiderman’s Mary Jane “MJ” Watson, Alexander James “AJ” McLean of the Backstreet Boys, or Dallas’s John Ross “J.R.” Ewing. But some parents prefer to skip the formalities and put the initials straight onto the birth certificate.

When taken to extremes, this results in names like X Æ A-XII, Grimes and Elon Musk’s son, who turns one today. (It was originally X Æ A-12, but later changed to meet Californian law. Fun fact, it might still have been illegal in Switzerland.) Happy birthday, X!

But initial names don’t have to be so out-there. Here are some fun ways you can use them.

If you know you only want to call your child a two-letter nickname like CJ or KP, you could put it straight on the birth certificate. It may narrow their options — whereas Callum Jax has the choice of being CJ, Callum, Cal, or something else — but it keeps things simple.

Two-initial names recorded for boys in the 2019 US baby name data include (in order of popularity, with the number of boys given the name):

There’s clearly something about the letter J that sounds good in initial combinations. It could be inherited from a time when so many people had John (Jane) in their name that it was by far the most common initial. The “Jay” sound is popular in names like Jacob, Jayden and Jayce, meaning that these initial names still fit with modern tastes.

There are a couple of false friends and uncertainties in the data. “Jr” on a birth certificate may represent the initials JR, or could be Junior. “Md” could be initials, but more likely means that the child has Mohammed as his first name (shortened on the birth certificate), and is known by his middle name.

This style leans more male. There were no two-initial girl names recorded in the 2019 data, although in past years there has been the occasional girl with a name like this, including AJ, BJ, CJ, DJ, KC, MC, MJ, and TJ.

If you like the sound of initial names but want them to look substantial on paper, you could go down the route of parents who spell out the sounds, like Bebe or Teejay, or even half-and-half, à la Jay-Z. Or even a three-letter combo, like Elphaba.

For inspiration, here are some spelled-out initial names from recent US records.

There’s a special bunch of names that happen to sound like two initials, even though they have a completely different origin. You may know people with them — or even have one yourself — without realizing.

They can be a way to have fun playing with initials, and give a secret layer of meaning to a name. Take Jay-Z and Beyoncé’s daughter, Blue: her middle name, Ivy, is thought to be a pun on IV, the Roman numeral for four, a significant number for her parents.

It could be a hidden honor name, like Casey after your dad, Kevin Charles. Or Emmie for your home state of Maine (ME). Bonus points if it works as both initials and a diminutive, like Edie for Edith Diane, or Katie for Katerina Therese.

These are some legit names that also sound like initials:

Then there are the names that, by chance or design, sound like letters of the alphabet. They’re great in their own right — short, sweet and punchy — and if the letter happens to have significance too, so much the better. For example, naming your child Bea could honor Grandma Barbara, Uncle Brandon and your childhood dog Buster in one fell swoop.

The most widely-used single-initial names are:

Finally, if using an initial name as a first name isn’t right for you, there’s the option of slipping it into the middle spot. The classic example is Harry S Truman: S was his complete middle name, honoring two grandfathers with S names.

Or you could just wait for your child to choose their own middle initial. J.K. Rowling has no middle name, but added K to her pen name in honor of her grandmother Kathleen. Michael J. Fox’s middle name is Andrew, but he preferred the sound of J to distinguish him from another actor named Michael Fox.

How do you feel about initial names? Do you prefer them strictly as nicknames, or are they good to go on the birth certificate too?