How I Named My Baby: Julian Belle 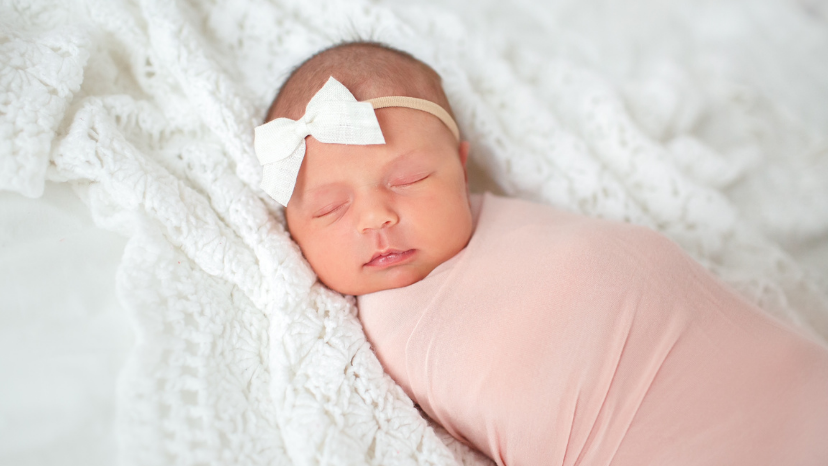 Here, we talk to Allyson about how she and Chris chose the name Julian Belle for their little girl.

Tell me how you chose Julian’s name!

I’ve really always loved the name Julian — it was our top boy name. When we found out that she was a girl, I really struggled to come up with a name because I already used my two favorite girl names.

I started watching The Resident, where Jenna Dewan’s character is named Julian. She’s a really strong medical device rep, and I loved hearing people say her name, Julian Booth. I would always think, “that’s such a cool name.”

Soon after that, I saw an article that was posted on Nameberry all about the name Julian. I started reading about the historical figure Julian of Norwich, who wrote the first-known English book by a woman. I read a lot, so it felt like a sign to read more about this historical figure — a woman! — named Julian.

Around that time, my husband and I started thinking Julian could work for a girl. We still weren’t 100% — we were always tossing around other name ideas. But we compared everything to Julian.

Did you intentionally choose a more feminine middle name to balance out Julian?

Yes, definitely. Both of our older girls have family names in the middle. So I knew that we wanted to do something to honor someone in our family, but didn’t want Julian to be the only child that just had a random middle name. My great-grandma’s middle name was Belle, and I thought Julian Belle had a nice ring to it.

The other girls have one-syllable middle names, Kay and Jane, so Belle just checked all those boxes. And being so feminine, I liked it with Julian, a traditional boy name.

Did the girls have any opinions or suggestions for baby names?

Yeah, they had lots of ideas. Some of them were so far out there, basically cartoon character names they see on TV. Especially from my four-year-old. The eight-year-old would throw out really feminine names. There were a couple of names that were similar to Julian, like Juliette and Julianne. She was on the same track we were — similar nicknames.

That was another thing I liked about Julian. I was wondering what the nickname would be for a boy. Julie and Jules are pretty feminine nicknames, which would be okay, but made me hesitate. It made it even more perfect for a girl. I do call her Jules a lot — it’s such a natural nickname. Both of the girls call her Jules most of the time.

I tried not to spend too much time thinking about nicknames. I did that with the older two, and nobody calls them by the nicknames I anticipated. I thought everyone was going to call Lennon “Lenny,” which I didn’t love, but nobody does. We call my oldest Hads as a nickname, which never occurred to me when we named her Hadley. It just naturally came out!

Did you consider any names besides Julian?

I really liked the name Emerson for a long time. That was always in the back of my mind as an alternative to Julian. I hear that name a lot, and I decided it was more common of a name than what we wanted. Chris wasn’t really sold on it either.

By the time we got to the delivery room, Julian was the only option. I just hadn’t fully committed to it yet. I hadn’t told anyone — I didn’t want anyone’s opinion. I just know how that can be. Even if they’re trying to be nice and saying that they like it, there’s always that person who says, “Ohhhh…, interesting.”

How did people react when you revealed her name?

Everyone was really nice. I didn’t get any negative feedback. About her middle name, a couple people said that others would think she was named after the Disney princess Belle. But I don’t really care if people think that — there are much worse things you can think that you’re named after!

Overall, people really liked it. I have a lot of friends with similar style, who have kids with gender-neutral names. Everyone on that bandwagon really loved it. They thought Julian was just a great name for a girl.

What other middle names were you considering?

Since we wanted to use a family name, another name I considered was Daisy. It was one of my great-grandmother’s names, and very feminine. I felt like Belle worked better with Julian than Daisy did. And the grandmother Julian is named after was my grandma’s mother, which felt more meaningful to me than the other connection.

What were your middle name options for a son named Julian?

A boy was going to be Julian Edward. My husband’s father, her grandpa, has the middle name Edward. The other two middle names had been from my side of the family, so we thought it would be a nice way to honor him. We thought Edward went nicely with Julian too, being a masculine middle name.

We were able to tell my father-in-law that we were going to name a boy Julian Edward, and he felt good about that. It was kind of like a consolation prize, I guess.

When you were younger, at any point in your life, what would you have liked to name a baby?

It wasn’t until I was an adult that I knew I wanted my kids to have gender-neutral names. At the point when I was actually thinking about having children, though high school and college, I wanted to name my daughter Lily. That was just a name that I loved. But then that became super popular. Pretty quickly, I moved on from that. But Lily was always my little girl’s name when I had that in mind growing up.

What draws you to gender-neutral names?

As far as my girls go, I want them to feel comfortable being who they are and not feel like they have to perform being super feminine or anything like that. Dressing how they want and being into the things they want to be into. I feel like their names reflect that.

I find it really varies! I have a couple of friends who recently used very common names, like Amelia and Evelyn. Evelyn is one of those cool vintage names — people are naming their daughters after their grandmas or something — and it has that super cute Evie nickname. Some of my friends have done super cool gender-neutral names. One of our friends has a little girl named Scottie Jo, which I think is really cute. They just had a little boy and named him Monroe and call him Ro. I know a girl named Monroe too, but I thought it was great for a boy.

I just love to see what our friends come up with. I didn’t worry about it with Julian, because I would have been surprised if someone else named their daughter Julian, but with the others I worried that one of my friends would have a child and use one of my names. Luckily that never happened!

Do you have any other fears related to baby names?

That was the big one — just that someone was going to take one of mine. I worried about it the most with Hadley because it’s a little more common. We hear it a lot, but we wanted her to be Hadley before we were even pregnant. Lennon is a little more unique, but our neighbor just had a baby and named her Lennon Joy.

Now that we have all three of ours named — and we’re not going to have any more — I feel really happy when I hear other babies that have their names. If they did get the name from us, I’m really flattered, and if they didn’t, I just think it’s fun. I would love to come across another little girl named Julian. I haven’t yet, but I hope someday I will!

What was the most surprising part of the baby name process for you?

I thought that when I came up with the name that I would immediately know it was The One. That I would be 100% all in. And I felt that way with Hadley! But it wasn’t the case with Lennon or Julian. I was tentative and a bit unsure with both of them. But once they were born and we put it on paper, they just became that person. That made me wholeheartedly in love with their names.

That’s a lesson for people that are feeling hesitant — you may not be 100% in love with it until your baby arrives. You can take a risk, and it’s pretty unlikely that you would feel regret over a name choice because once it’s your baby’s name, it’s hard not to love it.

Thank you so much, Allyson!

See the entire How I Named My Baby Collection here, and for the chance to participate yourself, fill out our interest form.