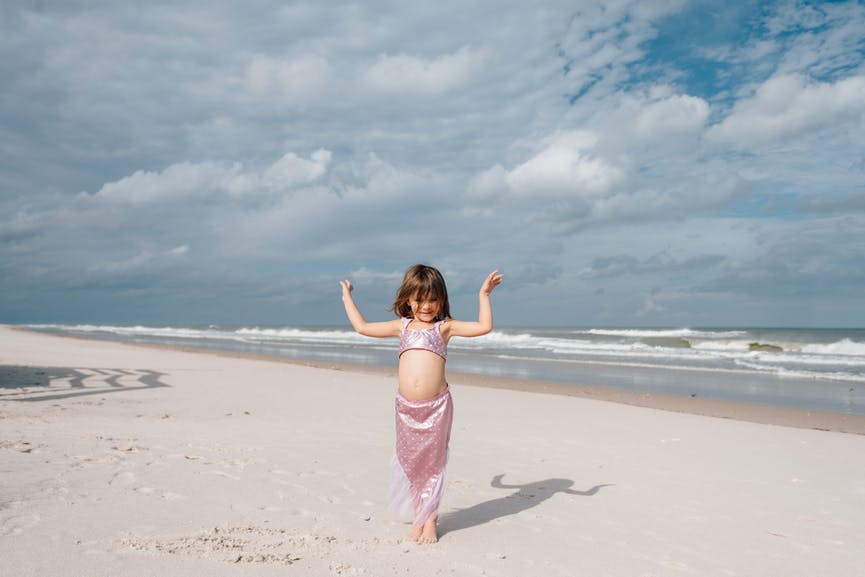 There’s more to mermaid baby names than Ariel, the Disney Princess inspired name that has been a common choice for decades. Another popular girl name, Madison, also has a mermaid to thank for its acclaim. The name became used for girls after the release of the movie Spalsh, in which Daryl Hannah’s mermaid character chooses the name Madison for herself after the Madison Avenue street sign.
Along with Ariel and Madison, other mermaid baby names in the US Top 1000 include Alana, June, Lily, Lorelei, Marina, Melody, Miranda, and Sabrina. Also included on this list are names that mean mermaid, such as Naida, Nixie, Morvoren, and Nerissa.
Mermaid baby names of myth and popular culture are a lovely group and may prove inspiration for your little water baby. See our blog for more on mermaid baby names.