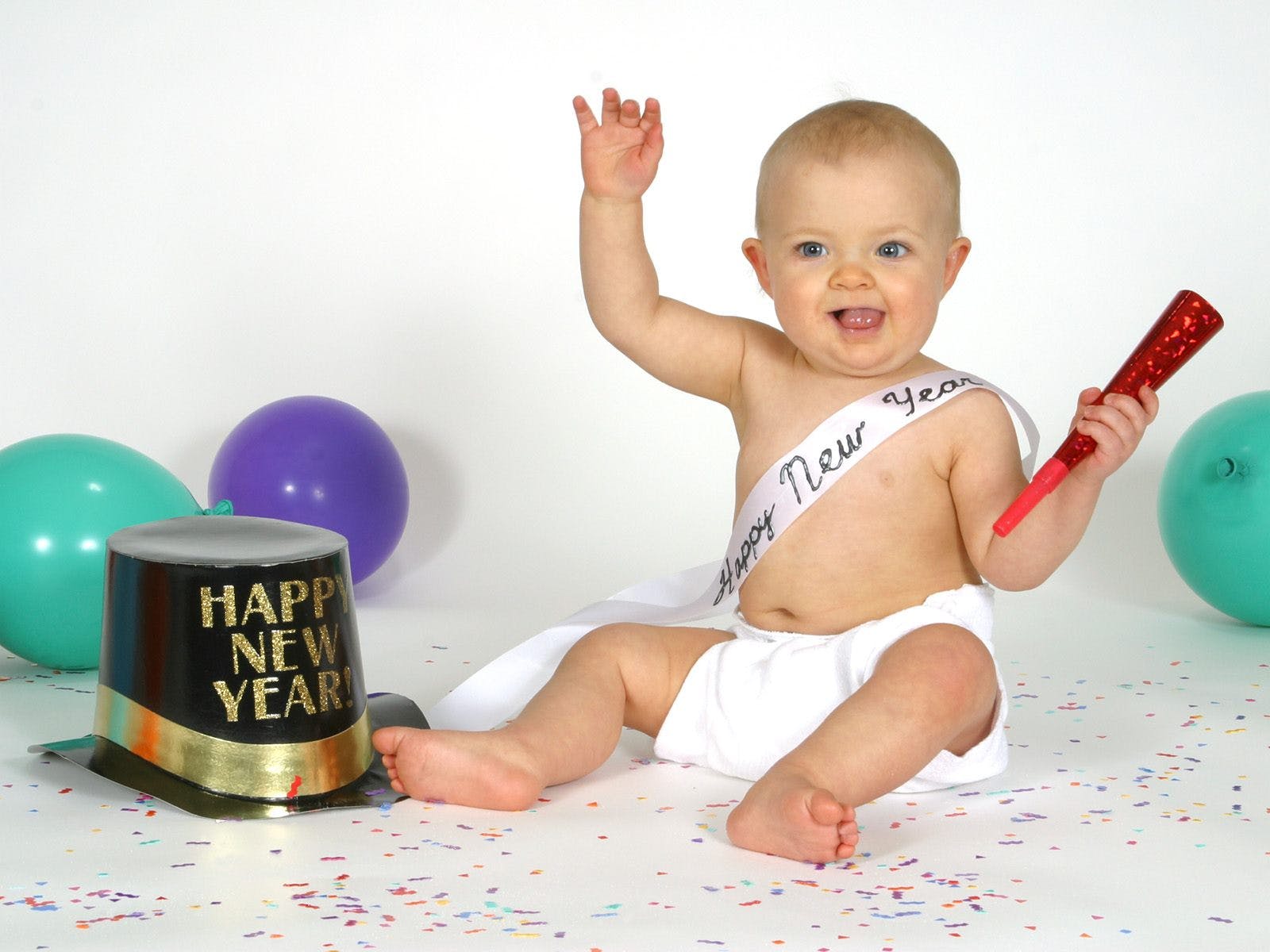 The countdown is on! On New Year’s Eve, many people will celebrate by staying up late, watching the clock and waiting for midnight: the moment when the old year ends and the new one begins.

The name Midnight has been on the radar as an unexpected middle ever since Nicole Richie named her son Sparrow James Midnight in 2009. It’s only been used enough to make the charts once, in 2005 when it was given to 8 girls. It would certainly be a dramatic choice, but the option of friendly nicknames like Midge, Mimi and Minnie perhaps make it more approachable.

To celebrate this turning point of the year, here are twelve (of course) more baby names inspired by midnight and counting time.

Even in these days of digital clocks, the moment of midnight is often marked by a clock bell tolling twelve, sometimes followed by peals of bells to ring in the new year. Alfred Tennyson immortalised them in his poem In Memoriam: “Ring out the old, ring in the new…” With an E, Belle is a Top 1000 name. Without it, it’s more musical, more unisex and much less common. It’s also a surname, as in the inventor of the telephone, Alexander Graham Bell. Other clock-related word names include Chime and Quartz.

Midnight Blue is a beautiful deep color, said to be the shade of the night sky around a full moon, or a vat of Indigo dye. Blue has become a modern favorite middle name, instantly making any combination cool: examples from the wonderful blog For Real Baby Names include Polly Blue, Cornelia Blue, Atticus Blue and Hudson Blue. It’s rare as a first name: where Beyoncé led, not many have followed.

If you’re boogieing in the new year, would a dance party be complete without “Come on Eileen” by Dexys Midnight Runners? For full disclosure, the 80s band was named after the stimulant Dexedrine – but that simply comes from the word meaning “right” that also gives us Dexter. If you like the sound of Jax, Dex is a less common alternative to consider.

Midnight marks the end of New Year’s Eve, and sometimes the obvious word names are the best. This powerful yet simple classic – which is only a word name by coincidence – is more popular now than it’s ever been, but at #436 it’s not trendy or overused. Longer, bolder versions of the word are Even and Evening.

In the classic children’s book Tom’s Midnight Garden, when the clock strikes thirteen each night, Tom finds a mysterious garden where he plays with a girl named Hattie. This sweet nickname for Harriet was popular a hundred years ago. Right on time, parents are now in love with it once again.

From an Akkadian root meaning “night”, Lilith ultimately shares the same root as Layla. It has a complex history, with both dark and feminist elements, and in recent decades a whole lot of pop culture associations – which is worth checking out if you’re considering using Lilith. Its resemblance to Lily has helped it to become a Top 500 name.

Meridians are the imaginary lines down the earth that we use to set time zones, like the Greenwich Meridian in London. It’s used a few times each year as a girls’ name: you could think of it as a scientific update of Meredith. Other geophysical names include Nadir – solar midnight occurs when the sun is at its nadir, or lowest point – and its opposite, Zenith.

In some Slavic languages, the word for “midnight” is the same as the word for “north,” a reminder that the two concepts were linked in ancient times. This adds an extra layer to a name that’s already packed with meaning, if you can get past the celebrity connection.

The Latin word for “night,” Nox is much rarer than its soundalike Knox. It’s short but full of impact and meaning – and of course it has that cool X factor. If you like a two-for-one, it could be a nickname for Lennox. Its Greek counterpart Nyx was the goddess of night. There’s also the Indian name Nisha, and Icelandic Nótt, which is sometimes used as a middle name for girls in Iceland.

In the Ancient Greek world, Orpheus was a great musician and poet. His name has long been associated with the very similar Greek word for “darkness” – and this connection is strengthened by his most famous feat, going into the underworld to find his wife Eurydice. Names from mythology are big right now, but this one hasn’t been discovered yet.

Another literary connection: Saleem is the main character in Salman Rushdie’s novel Midnight’s Children. He was born at exactly midnight on the day when India became independent, and this gives him special powers. Saleem is a cross-cultural name meaning “peace”, just like Salman itself, as well as many related names including Solomon, Salome and Salma. Which is a pretty good message for a new year.