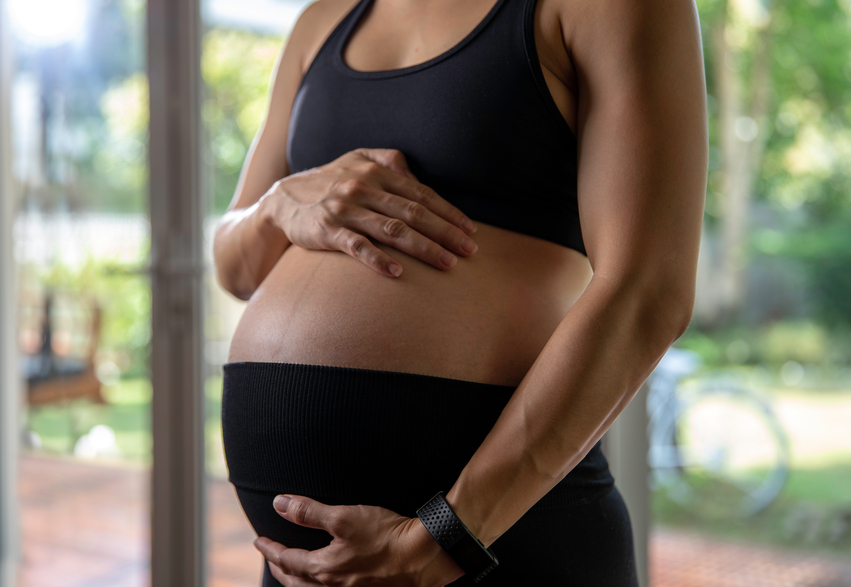 The final few weeks of the second trimester include several important health checks, designed to pick up pregnancy complications which could be damaging for you or your baby. It’s also the optimal time to get certain vaccinations, to protect both yourself and your newborn for the first few months of life.

You might feel a little bit like a human pincushion by the time the third trimester rolls around, but remember: it’s all for a good cause!

Most pregnant women will undergo a routine glucose screening test at between 24-28 weeks, to check how well their body processes sugar. You’ll be given a super-sweet glucose solution to drink, and then have a blood sample taken an hour later to check your blood sugar levels. Most women are given the all-clear after this test, but if your levels are looking high then you’ll need to undergo further testing to check for gestational diabetes.

5-10% of expectant moms do develop gestational diabetes (GD) during pregnancy. Most are able manage their condition through diet alone, but some may need daily insulin injections to keep their blood sugar levels under control. Left untreated, gestational diabetes can cause your baby to grow bigger than average, which can make medical interventions during delivery more likely, and they may also have trouble regulating their own blood sugar after birth. But by keeping your levels under control during pregnancy, you can drastically reduce your risk of developing complications associated with GD.

You may also have another blood draw towards the end of the second trimester, to check for iron-deficiency anemia. It’s pretty common for pregnant women to develop this condition, which can leave you feeling weak and sluggish, but the good news is that it’s normally easily remedied by adding iron-rich foods and/or supplements to your diet.

As you head toward your third trimester, your growing bump can put a lot of strain on your back, pelvis and joints. If you’re struggling with pain in these areas, a pregnancy support band might be a valuable investment.

With just a few short weeks to go now until you welcome your new family member, how much have you discussed the idea of a new baby sibling with your older children? Young babies or toddlers might find the concept difficult to grasp, but you could try reading some books about becoming a big brother or sister together, or give them a “baby” of their own to practise on!

Whooping cough is a highly contagious disease that can be very dangerous to young babies. It’s important to get the Tdap whooping cough vaccine during every pregnancy, ideally between 27 and 36 weeks.

The flu vaccine is another important shot to get, and again you need to have this one during every pregnancy, since each year brings different strains of flu. You can get the flu shot at any stage of your pregnancy, ideally by the time the flu season starts in October–November.

Now that your little one is growing bigger, you’ll be able to feel his or her kicks much more strongly, and you’re probably starting to notice some patterns. Make some time each day to tune into your baby’s movements, and if you’re concerned that they’re moving less than usual, don’t hesitate to contact your doctor or midwife. They won’t mind dealing with false alarms!

Speaking of doctors… have you looked into finding a doctor for you baby yet? You’ll be seeing your child’s pediatrician at least six times during the first year alone, and it’s important that you like and trust them to give the best possible care to your baby. Try asking your own healthcare provider or fellow parents for recommendations, and be sure to meet potential candidates face-to-face to get a feel for the way they and their practice operate.

Baby Name Popularity: How Much Does It Matter?

The word “popular” used to be a good thing, but in today’s individuality-obsessed society? It doesn’t always feel that way.

We often hear from expectant parents worried that their longtime name love has become — or is in danger of becoming — “too popular”… But how much should you really fret about where your favorites fall on the rankings?

There’s no right answer, of course, but here are three important points to bear in mind if you’re concerned about a name’s popularity:

Regional popularity: Emma and Liam may be the nation’s favorite baby names, but do you feel like you meet more little Evelyns and Wyatts? Maybe you live in Vermont.

The national name rankings from the SSA can only tell you so much: your state, region, district and even social circle will all have their own baby name microtrends, which might leave even rare names like Florence or Finnick feeling relatively commonplace in your circle. So don’t be blinded by the numbers!

Relative popularity: The top baby names of the 1950s, James and Mary, were given to just under 1.5 million babies during that decade. 80s favorites Michael and Jessica were given to a little over 1.1 million. But fast forward another generation, to the early 2000s, and the top names Jacob and Emily were given to just 460,000 babies between them.

And the downward trend continues. Choosing a Top 10 name today — even if it’s the top name — is nothing like choosing James in 1950, or Michael in 1970. Both were given to almost 5% of all baby boys born in those years; by comparison, less than 1% of boys born in 2017 were named Liam.

Distinctiveness: Zayden may seem like a relatively rare choice, ranking at #189 in 2017, but with Aiden, Ayden, Jayden, Brayden, Kayden, Kaiden and Hayden all sitting higher on the list, your “unique” name choice might actually blend in more that you’d hoped. If it’s the cool Z sound that appeals to you, something like Xavier, Xander or even Ezekiel might make for a more distinctive choice, even though all three are technically more common.

And if you’re still not convinced, check out this blog post for ten more great reasons not to rule out popular baby names.