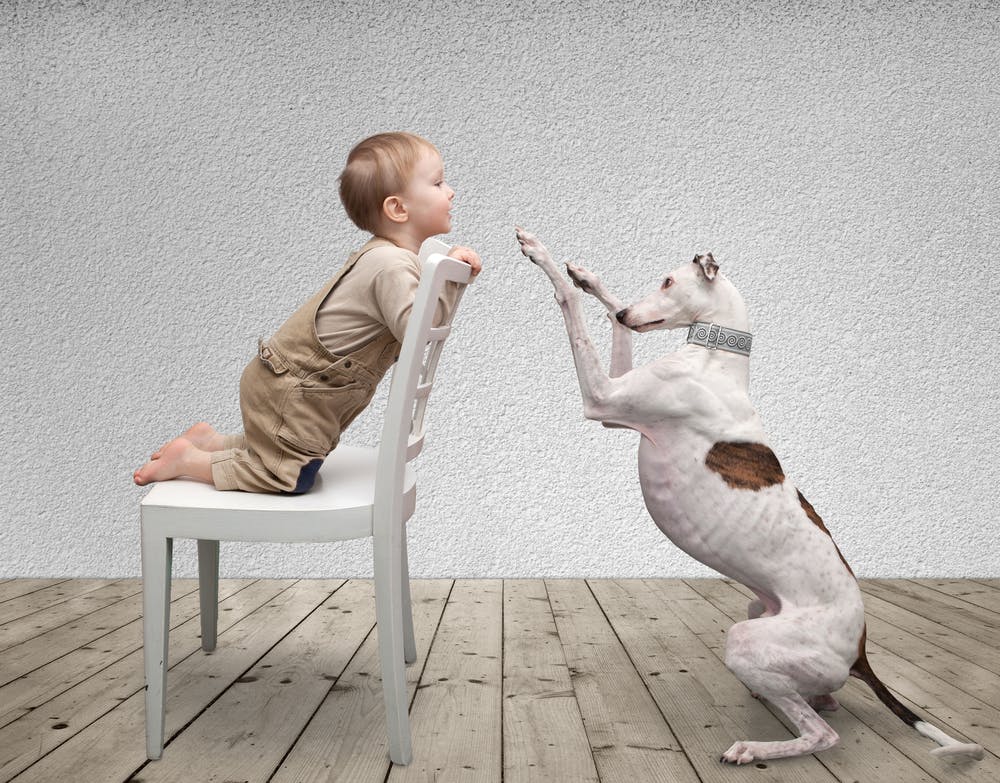 Dogs are the new babies, or maybe the new pre-babies: After graduating from plants, young people learn to parent puppies before having a go at babies.  And then of course many parents adopt dogs after their kids grow up and leave the nest.

Proof that we think of our dogs as children: We give them names fit for babies.  All of the most popular names for dogs these days can also be used for people.  Or is it vice versa?

Here, according to the site Rover.com, are the top 20 names for female dogs:[column1]

And the Top 20 names for boy dogs:

Okay, so Duke, Buddy, and Bear are still arguably more dog names than baby names, but they’re not unheard of for children these days.

And many of the other names in the canine top 20 are also popular for babies.  On the girls’ side, Bella, Lucy, Chloe, Zoey/Zoe, and Lily are also high-ranking baby names, while Daisy, Lola, Sophie, Sadie, Luna, and Stella are trendy baby names on the rise.

Game of Thrones names for dogs were up 200 percent in 2014, according to the site, and include Khaleesi, Sansa, and Tyrion.

Frozen was also an influence, with Elsa on the rise for dogs as it is for babies. And Star Wars names for pups include Leia and Chewbacca.

Other baby name trends also reflected in dog names….or is it vice versa:

— Hero names, with last names such as Jeter and Tyson used as firsts.

— Unisex names, with such choices as Riley, Bailey, and Charlie used for both genders.

— Literary names, with Scout and Romeo on the Top 100.

— Brand names for dog babies, including Chanel, Gucci, and Armani.