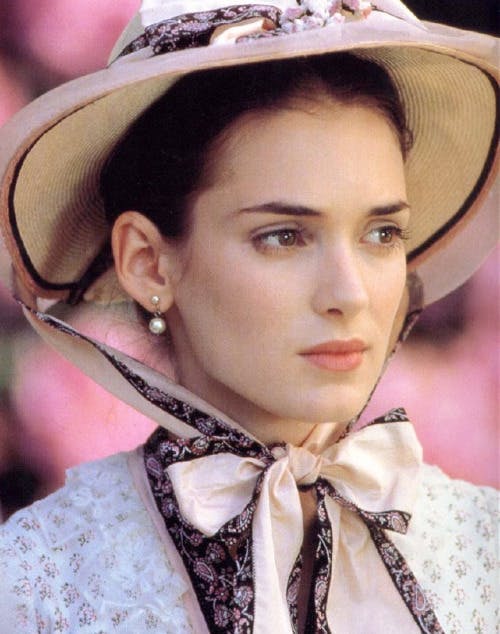 Edith Wharton is known for her novels of American society in the Gilded Age (the late nineteenth century) and early twentieth century.

Wharton was one of the first authors to write about this period, and she knew it well, having grown up in it. Her books are about not only high society – the parties, the travel, the social deals – but also the private life that went on behind it. Love affairs, secret debts, scandalous behavior, it’s all there.

Her characters’ names evoke that world beautifully. It’s interesting that relatively few have timelessly popular names like John and Mary. Instead, many have names that were fashionable in their era.

As Wharton was writing more or less a hundred years ago (although most of the characters would have been “born” decades before), it’s interesting to look at how their names have stood the test of time.

Some have followed the “Hundred Year Rule” (the idea that certain names and styles are popular, then go out of use, then are popular again after about a hundred years), while others break it by never coming back, or never falling enough to need a comeback. Let’s take a look.

Lily (Lily Bart, the beautiful tragic heroine of The House of Mirth) and Owen (Owen Leath, a love interest in The Reef) fit the rule perfectly: in the last few decades they have risen from very little use to sitting firmly in the top fifty.

Evie (Evie Van Osburgh, The House of Mirth) ranks lower, but that’s not counting all the Evies who are short for Evelyn, Evangeline, or another name. Other characters with once-again stylish names include Adelaide, Leila and Emerson.

A name that doesn’t fit this rule? Probably Wharton’s best-known character, Ethan (Ethan Frome). This disappointed old man’s name is patriotic (as in Revolutionary War soldier Ethan Allen), probably old-fashioned, and barely recorded at the time. Wharton’s novel gave Ethan a small boost, but it’s only in the last thirty years that it’s shot almost to the top of the charts.

Just starting to rise, but the numbers are too low to call these true comebacks yet.

Abner (Abner Spragg, The Custom of the Country) has hesitantly risen over the last twenty years, and was given to 197 boys in 2015. It’s a favorite of name nerds, who argue that it’s time to let go of the hillbilly associations. (Abner Spragg, a rural man in the city, doesn’t help the image much.) Abner ranks at 310 on the Nameberry charts, which may mean it’s poised to rise in real life. Other boys’ names beginning to rise include Lucius (Lucius Harney, Summer) and Gus (Gus Trenor, The House of Mirth).

For girls, Effie (Effie Leath, The Reef) is one of many nicknames-as-full-names that were once popular. Effie is just starting to show an upturn, probably helped by The Hunger Games.

Still waiting for a comeback

Most of these names were so common in their heyday that they still don’t feel fresh a hundred or more years later…or do they? Parents who use them now could be blazing a trail.

Ralph (Ralph (Ralph Marvell, The Custom of the Country) was huge in the 1910s and 20s, and while it’s never gone out of use, it’s on a slow fall that shows no sign of stopping. Other character names following this pattern include Elmer, Bertha and Percy.

Leota (Leota Spragg, The Custom of the Country) was as common as Molly and Kate a hundred years ago, although it was becoming old-fashioned and rustic, to judge by this character. Now it’s virtually unheard-of. Leo– names are back in for boys, so maybe it’s time to revive some for girls like Leota, Leonie or Leora.

Sophy (Sophy Viner, The Reef, and Sophy Jackson, The Age of Innocence) was once as common as Sophie, often short for Sophia. Nowadays it’s rare, despite its sweet simplicity.

Never out of style

These have had their ups and downs over the last hundred years, but have never been out of the top 1000. Edith Wharton’s own name belongs in this category at the moment – but it might climb high soon, as it already has in England and Wales.

Ellen (Ellen Olenska, The Age of Innocence) has never been as common as it was at the turn of the twentieth century, but it’s holding steady in the 600s and 700s. Vance (Vance Weston, The gods Arrive and Hudson River Bracketed) and Lawrence (Lawrence Selden, The House of Mirth) are other names on an even keel.

Dallas Archer and Julius Beaufort (The Age of Innocence) both have steadily-used names that are rising, as parents love cool place names and stately classical names.

Rare when Wharton gave them to her characters, these names have never been used enough to make them dated.

Undine (Undine Spragg, the naïve social-climbing heroine of The Custom of the Country) has a sound you won’t find in many other names. The story goes that Undine was named after a hair product – something that happens in real life as well as fiction.

Zeena (Zeena Frome, Ethan’s wife) is a less ambiguous spelling than Zena or Xena, and was only given to 28 girls in 2015. The character is rather unhappy, but her name is fantastic: Zeena is short for Zenobia.

Agathon (Dr Agathon Carver, The Age of Innocence), another name from antiquity, is the rarest of all the names here: it’s never been used enough to make it into the records.

Do you think any of these names deserve a comeback? Do their literary associations make them more appealing?