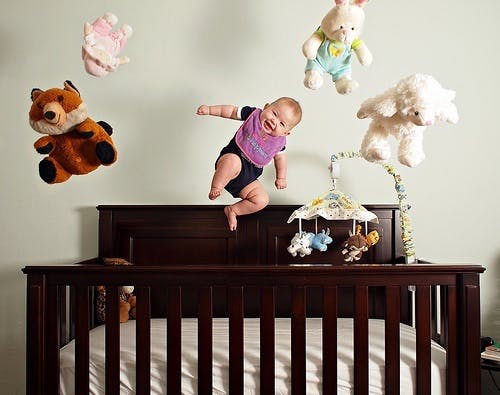 When I was expecting my first child, I wanted a name with a lot of energy, for reasons that seem insane from the perspective of having raised three kids. But I didn’t anticipate that a high-energy toddler might run me ragged; I just knew I wanted my little boy or girl to be active, outgoing, not hobbled by the shyness and insecurities I felt had plagued my own childhood.

Well, I got my wish. Rory burst into the world, all 9 pounds, 5 ounces of her, with a shock of jet black hair and a voice that woke the whole maternity ward. At two weeks old, she was able to stand on my husband’s lap and sing along with him. As she grew, she starred in all the school plays and dominated on the lacrosse field.

The search for a high-energy name was part of the inspiration for our first name book. It was so difficult to sift through all the conventional name dictionaries on the market at the time and try to find names that sounded energetic (and Irish and that meant red, two of my other criteria). There should be a name book that put all the energetic-sounding names in one place, I thought, along with all the names that sounded smart and stylish, that were good for redheads or popular in the 1920s. That’s the thinking I brought to the first Beyond Jennifer & Jason (Linda, meanwhile, a friend and fellow writer, had conceived the same idea from a different direction), now grown up to Beyond Ava & Aiden.

I wonder, had we named our daughter Molly as my husband wanted, if she would have been bouncing off the walls and bounding out into the world in quite the same way. Or would she have been milder (that’s what the name Molly sounded like to me), sweeter, a more old-fashioned and easy-going girl?

The choice of a name often signals the kind of child we want to have: William might be traditional, Jasper artistic, Serena, feminine and — well, serene. But then, of course, kids pretty much are who they are. My husband and I, wanting an energetic child, may have encouraged Rory to be more outgoing and active, yet she was also, as Lady Gaga says, born that way.

It bears reflection, when you’re looking for a name, on what your favorites say about your hopes and dreams for your child. And if you and your spouse are at odds about names, that might be an indication that you have different visions of the ideal little boy or girl.

Back to those energetic-sounding names. Here’s a selection I think work, with the genders listed together as so many are really unisex. Of course, the image of a name is in the ear of the beholder. What names that aren’t here sound high energy to you?