Eclectic Baby Names in the News: Buzz, Onni and Michelangelo 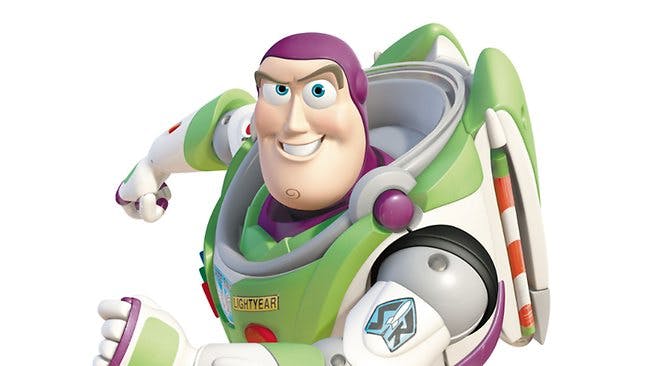 When anything goes, how do you know if you’re going too far?

Naming a baby in 2014 is mostly about freedom.  Gwyneth’s edibly-named daughter Apple regularly tops the list of craziest celebrity baby names, but we’re calling our own kids Clementine and Olive.  Zuma Rossdale’s first name doesn’t sound like a name … except it does sound something like popular choice Ezra.

The list goes on.  For almost every so-called “crazy” baby name, there’s a case to be made that it fits in with current trends.  But that’s not a guarantee that anything goes.

This past week was filled with foreign imports, misspellings, nicknames that might be too casual, and hero names that might go too far.  Take your favorite name, travel to another country, and it could become unwearable.  Or name your child something that you really want to use, accept that you might spend the first few months explaining your choice, and then laugh when it makes the Top 100 by the time your kiddo starts kindergarten.

It was a week where every kind of name made headlines, from enduring classics to emerging possibilities.  The nine most newsworthy baby names from the past week are:

Buzz – McFly frontman Tom Fletcher is a new dad.  The British pop star and his wife Giovanna named their son Buzz.  Yes, Buzz.  Other Buzzes you may have heard of: astronaut Buzz Aldrin.  Toy/Space Ranger Buzz Lightyear.  And now young Master Fletcher.  With parents putting names like Buddy and Birdie, Spike and Buster on the birth certificates, I suppose Buzz was inevitable.

Michelangelo – If Buzz doesn’t surprise, his middle name surely will. Does Michelangelo celebrate Mrs. Fletcher’s Italian heritage, or is it a nod to the original Renaissance man, Michelangelo Buonarroti?  If it is the latter, that’s a lot to live up to – almost as intense as being named Buzz Einstein or Buzz Shakespeare.  Still, I’m tempted to file Michelangelo with wearable Italian imports like Matteo, Luca, and Lorenzo.

Windsor – Speaking of being a lot to live up to, is Windsor over the top?  PGA golfer Patrick Reed and wife Justine are about to welcome a daughter in a few weeks.  After dad won the WGC-Cadillac Championship at Doral, they revealed their chosen name – Windsor Wells.  Assuming they call her Winnie, this one is exactly on trend.  But Windsor is also the name of the ruling house of the United Kingdom, and Windsor Castle is the longest-occupied palace in all of Europe.  Yes to Winslow and Winter and Winifred, but I’m not so sure about Windsor.

Wells – Let’s look at Windsor’s middle name.  She’ll share it with Rosie Pope’s younger son, Wellington “Wells” Reade.  There’s been a trendlet in s-ending boys’ names recently: Brooks, Ames, Yates, and yes, Wells.  While I don’t think we’ll hear this one on many girls, I suspect that Wells might be an up-and-comer for our sons.

Bruno – Peter Gene Hernandez is having a heck of a year.  He nabbed his second Grammy and performed at the Super Bowl half-time show.  Wait, you’ve never heard of Peter Gene Hernandez?  Nancy found this great quote from the musician better known as Bruno Mars: “Everyone calls me Bruno.  They don’t ever call me Peter; that was just my government name.”  The musician has had the nickname since childhood.  Here’s guessing that his continuing success could inspire an uptick in baby Brunos.

Alice – What could possibly be controversial about Alice?  Most of us see her as a lovely and literary choice, suitable for a child, wearable for a district attorney.  But in Saudi Arabia?  Alice is a foreign import, now banned, along with Maya, Linda, Lauren, and Elaine.  Take it as proof that any name can cause a ruckus.

Onni – Finnish names, with their extra vowels, can be downright surprising.  I’m captivated by the most popular name for Finnish boys born in 2013: Onni.  In the US, Onni might seem like a creative twist on Annie.  But in Finland, he’s an upbeat name meaning luck or fortune, Helsinki’s answer to Felix, Asher, and Noam.

Ferelith – While we’re talking about imports, let’s take another look at one of the newest names to debut on Nameberry.  Ferelith has her roots in medieval Scotland and Ireland, and enjoyed the tiniest bit of a revival in the late nineteenth and early twentieth centuries.  She’s a daring possibility for parents after a heritage choice today, and would make a striking middle name.

Hadrien – Canadian politician Justin Trudeau welcomed a son named Hadrian a few weeks ago.  Except he wasn’t Hadrian.  A sleep-deprived Trudeau misspelled his new son’s name on Twitter.  Can you blame him?  Trudeau and wife Sophie are also parents to Xavier and Ella–Grace, so Hadrien joins a busy household indeed.  The French –ien spelling of the ancient name isn’t likely to catch on in the US, but English form Adrian ranks in the Top 100 here.

What do you think of this week’s news?  Do Windsor, Buzz, and Michelangelo go too far?  Are names like Onni and Ferelith wearable in the English-speaking world?