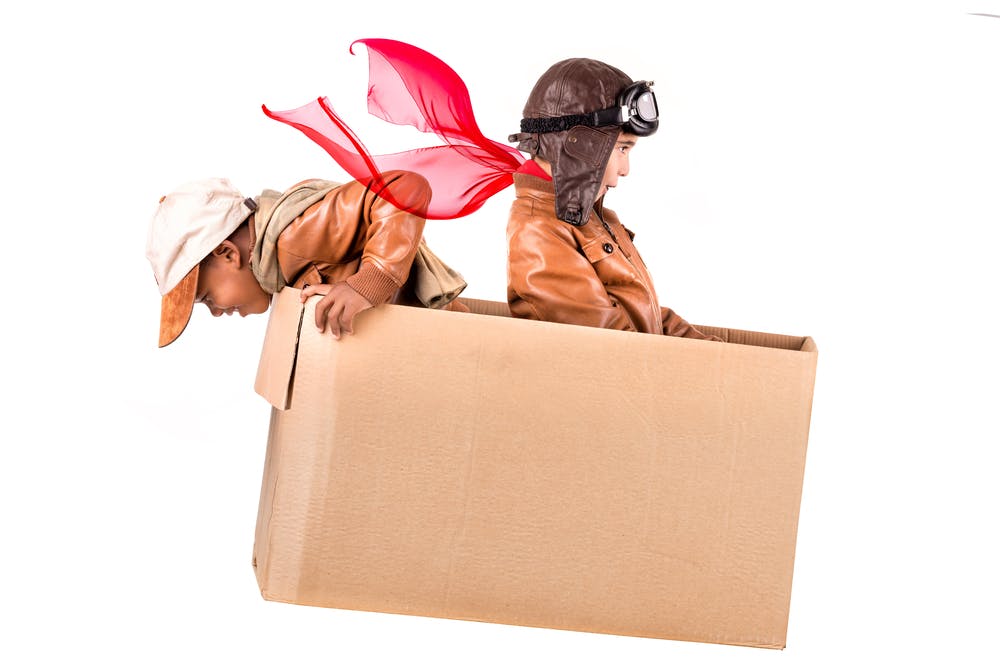 We all expect our children to do great things, but lately we’re hearing more names for boys that aren’t just bold – they’re downright brash.

The two youngest members of the Kardashian family are the standard bearers for this trend: Kourtney’s Reign, who celebrates his first birthday today, and Kim’s new son Saint.

What’s it like to grow up with a name that swaggers? In many ways, the trend is too new to know. But while the names may be novel, it’s by no means exclusive to celebrities. Reign and Saint will share the playground with plenty of little boys with big names.

In 2013, a Tennessee judge made waves when she changed a boy’s name from Messiah to Martin. Why? Because there’s only one Messiah, she explained. Except the judge was wrong. Nearly one thousand boys were given the name in 2013, and even more in the following year. And that little boy in Tennessee? The judge’s decision was overturned, and Messiah got to keep his name.

Let’s take a look at nine braggadocio names for boys that are catching on fast in the US.

Legend – When Will Smith starred in 2007’s I Am Legend, he played the last man on Earth. Not for long. By 2010, the name Legend cracked the US Top 1000. It’s recently climbed nearly 200 places to reach Number 534. Singer John Legend – born John Stephens – may have inspired some parents. It’s a confident name with a great sound, but it might be harder to live up to than Story.

Royal – Royal has a long history of use. The fictional father of The Royal Tenenbaums answered to the name, and Laura Ingalls Wilder had a brother-in-law called Royal, too. By the 1960s it was rare. Then came 2014, when the number of boys named Royal nearly doubled, from just over 200 to nearly 500. There’s no shortage of regal names, but this is one of the most popular – even before the Kansas City Royals won the World Series.

Bodhi –Bodhi comes from a Sanskrit word meaning enlightenment. It’s a Buddhist concept, similar to nirvana, and therefore quite ancient. But as a given name in English, Bodhi was unheard of before the 1970s, and remained rare until recent years. The name cracked the US Top 1000 in 2010, and leapt nearly 200 places to Number 615. Variant spelling Bode is also trending up. Is it too big a concept for a child’s name? Parents seem to think not.

Atlas – Atlas was a Titan, one of the early gods defeated by Zeus in Greek myth. As punishment, Atlas was forced to hold the heavens on his shoulders – quite the burden. But in recent years, parents have embraced Atlas, seeing the god as a symbol of strength rather than one who suffers. Atlas is now among the fastest-rising mythological names, climbing more than 140 places to Number 646.

Princeton – The Ivy League university took its name from Princeton, New Jersey, which was named after William of Orange. Like Royal, it’s a regal name on the rise. The ties to such an academic powerhouse make the name seem even grander. Princeton entered the US Top 1000 in 2010, and has risen quickly to Number 514. Harvard and Yale have yet to catch on.

Ace – A World War I flying ace. An ace up my sleeve. Acing the test. This word is associated with bravery, cunning, and success in so many ways. Jessica Simpson used it for her second child, son Ace Knute. You might have met an Ace born in 1915 or 1955, but the name is at its most popular, by far, in recent years. Ace has soared more than 120 places to Number 379 over the last year.

Stetson – Stetson is a surname with a go-West vibe, the name of the iconic cowboy hat created by haberdasher John B. Stetson in the 1860s. It’s easy to imagine a boy called Stetson at home on the range. It’s a bold choice, but one that fits in with n-ending surname names. Stetson gained more than 100 places to Number 840 in 2014 – a new high.

Titan – The Titans were a race of gods – including Atlas! – who were displaced by a younger generation. It also refers to anyone who is especially accomplished in a given field – a Titan of Industry, for example, and there’s the Tennessee football team, too. It’s more daring than naming a child Juno or Apollo. Titan has gone from unknown in the 1980s to a respectable Number 824 in 2014 – the same year Kelly Rowland welcomed son Titan Jewell.

Maverick – Here’s the tricky thing about big, audacious word names: if you’d asked me about Maverick back in 2008, I would have said it was much too much to live up to. There were political overtones. But parents have kept using the cowboy cool pick, and in 2014, Maverick gained another 65 places to reach Number 206. Around 5,000 boys were given the name between 2009 and 2014. That makes Maverick mainstream – and far easier to wear, too.

What do you think of bold, brash names for boys? Do you think they create too much pressure for the kids? Or have they become so familiar that they’re no more of a burden than Mason or Kai?