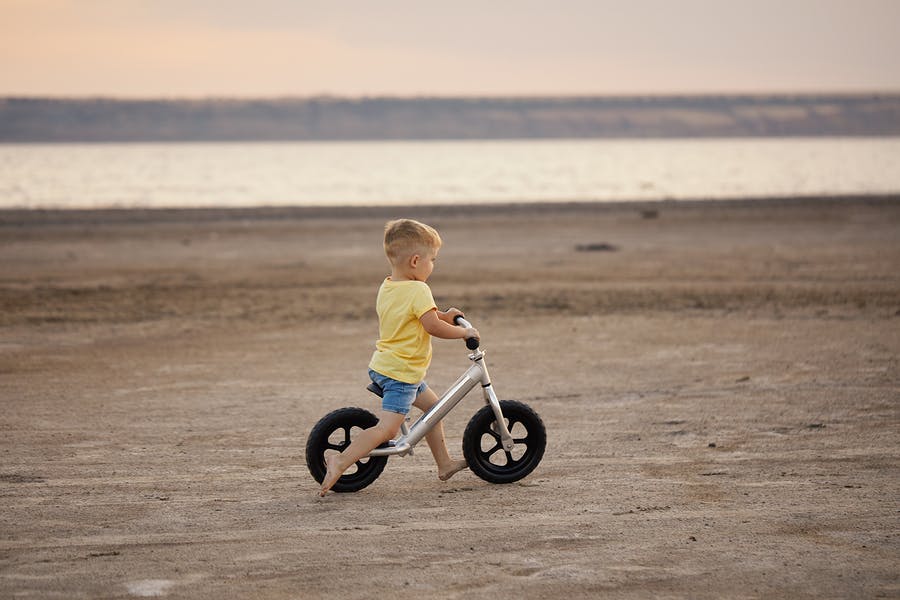 She loves rare and unexpected names. He likes to keep it more traditional. Sound familiar? It’s the classic tug-of-war between too-common and too-out-there for this couple. Let’s help them name a brother for Scout Valentine.

We were team green in that pregnancy and probably will be with this baby as well. My issue is boy names. I could name girls all day long but I find I don’t really love any boy names.

I’m a long-time name nerd, but husband tends to veto everything as too out-there. He agreed to Scout Valentine right after she was born and we hadn’t discussed girl names at all because I was sure she was a boy!

I do really like Atticus, but husband isn’t a fan of nickname Atti. And can you have a Scout and an Atticus?

I would really like something out of the Top 100. Our last name is Child-with-an-s and I like word/surname/occupation names for boys but Miles and Wilder are out.

My husband likes Hunter but I feel this is too popular. I like Theodore but worry it will get too popular.

November was always a guilty pleasure of mine, but baby is due in November, is that too much?

I would love some suggestions on a name for Scout’s brother!

Scout Valentine is gorgeous! And Atticus is a great name. But both choices are so strongly – and almost exclusively – associated with a very famous book. While I wouldn’t flinch at many a literary combination, this is right up there with Romeo and Juliet. Unless you’re a professor specializing in Harper Lee studies, I wouldn’t consider it. (And probably not even then.)

Besides, it sounds like your husband has some hesitations.

Speaking of your husband, is he on board with November? It’s a handsome name. But it feels like it might be too daring for his tastes.

I do think November makes a fabulous middle name. Is Scout a February baby? If so, using a middle name like November – or maybe Harvest? – ties the siblings’ names together in a subtle, seasonal fashion.

It sounds like Hunter and Theodore are both ruled out because they’re a little too popular.

Axel – Cool, edgy Axel claims traditional roots – it’s the Scandinavian form of Old Testament Absalom. But it doesn’t feel like an old school name at all. It’s not nearly as rare as November or even Atticus, but it sounds fresh.

Cassius – So many ancient names could substitute for Atticus. Cassius is my pick, but there are dozens of possibilities.

Everett – Like Axel, Everett ranks just inside the current US Top 100. It’s a surname in the key of Hunter, but the middle V nudges it closer to November.

Magnus – Scout is an adventuring name, with a lot of built-in boldness. Magnus has just as much swagger. The Latin name means “greatest.”

Orion – Would a constellation name appeal? Orion feels a little more familiar, probably because we all know a Ryan – or three. And, of course, in Greek myth, Orion is the hunter, which brings to mind your husband’s favorite name.

Thayer – We love a good boy name ending with R. They range from chart-toppers like Hunter and Carter, to under-the-radar alternatives. Thayer shares the Th of Theodore, so I wonder if it would appeal?

Zane – Zane has been around for ages, a surname and given name that’s never been wildly popular, but has never faded from use. The Z lends it some instant-cool; author Zane Grey connects it to the American West.

My first suggestion is still my favorite: Axel. But I’m not sold on Axel November. Axel Orion, maybe? Another combination that jumps out at me is Thayer Atticus. While some might notice the To Kill a Mockingbird tie with your son’s middle name, it seems far less problematic. Or maybe Milo November? I love those names together, and I think the combination works well with Child-with-an-s.

Readers, over to you: what would you name a brother for Scout Valentine?