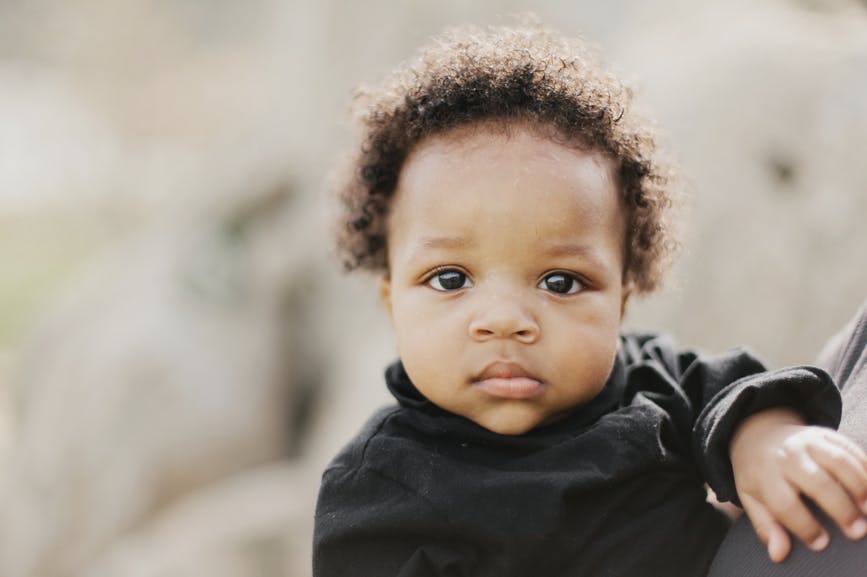 When Kylie Jenner and Travis Scott announced the name of their newborn son Wolf Webster last week, this fierce nature-inspired choice leapt to the top of the Nameberry charts overnight. It unseated cool classic Hugo, which dropped down to #11 on our most-searched list.

But the newest member of the Kardashian clan is far from the first high-profile baby Wolf in recent times.

Wild Animal Names on the Rise

So, what is it about Wolf?

Following in the footsteps (or should that be pawprints?) of other fashionable animal names like Fox and Bear – both recent entries to the US Top 1000 – it's part of the trend towards increasingly wild nature names, now that the likes of River and Wren feel positively mainstream.

Here, in popularity order, some of the fiercest wild animal names right now.

A 90s hit which is on the rise again thanks to a popular character in the X-Men film franchise, played by Jennifer Lawrence. Raven's Gothic literary associations and dark cultural symbolism lend it a powerful, edgy feel.

A rugged word name denoting the sharp claws of birds of prey, Talon owes its popularity largely to its trendy two-syllable, N-ending sound – similar to top boy names like Logan and Mason.

A celebrity favorite and an almost mainstream choice in the UK, where it currently ranks at #359 for boys. British explorer and TV presenter Bear Grylls (born Edward) gave the initial boost to his fierce name, which has since been picked up by high-profile parents including Alicia Silverstone, Kate Winslet, and Liam Payne.

Popularized in the 90s and early 00s by X-Files hero Fox Mulder, this quirky animal name entered the Top 1000 for the first time in 2016 when the series was revived. Its punchy sound and edgy X ending lend it extra cool factor.

Now that it's a Kardashian baby name, you can be sure that Wolf will gain some serious traction with regular parents as well. A classic German name borne by veteran journalist and news anchor Wolf Blitzer, it started quietly climbing in the mid-90s – perhaps inspired by the character of Winston Wolf in Pulp Fiction. But as Nameberry's new #1 boy name, it looks set to rise far higher in 2022 and beyond.

This wild avian name has a surnamey style, as in skateboarding legend Tony Hawk or actor and director Ethan Hawke. It has been on an upward trend in the US in recent years, and ranks among the Top 1000 most viewed boy names on Nameberry.

One of our favorite wild nature names, Hart blends a majestic natural namesake with a softer, more sensitive sound than most. In Arthurian legend, the white hart was a symbol of spirituality and the otherworld. Miranda Kerr and Evan Spiegel chose the name for their first son in 2018.

Best known as an upper-crusty British boy name borne by numerous members of the aristocracy, Peregrine is actually used about a third of the time for girls in the US. The Peregrin spelling is also in use, a tribute to the popular character of Peregrin "Pippin" Took from the Lord of the Rings series.

This powerful bird name has a distinguished history as the first surname of British explorer Robert Falcon Scott, who led two expeditions to the Antarctic in the early years of the 20th century. Its first appearance on the US baby names list came in the 1960s.

Still surprisingly underused, Lynx is a cool big cat name with all the ingredients for success in the US, especially given its resemblance to popular Lincoln and rising stars like Lux and Onyx. The name derives from an Indo-European root meaning "light, brightness" – a reference to the animal's reflective eyes.

Almost a one-person name thanks to the fame – and sometimes infamy – of golf star Tiger Woods (born Eldrick). But there are other real-life bearers, including British actor Tyger Drew-Honey and rock star Rufus Tiger Taylor, son of Queen drummer Roger Taylor.

Leo is a fashionable favorite, and Leon is also working its way back into favor – but this literal alternative remains surprisingly underused in the US, considering its similarity to popular names like Liam and Logan. Surnamey spin Lyon is more than twice as popular: given to 51 baby boys in 2020.

Fantasy-esque Kestrel is indeed a heroine name in two fantasy book trilogies: The Wind on Fire and The Winner's Curse. It's a striking option which charts for both genders in the US, and comes with cool nickname potential in Kes or Kizzy.

Yes, really! Eleven baby boys were named Grizzly in 2020, and it has ranked every year since 2016. This quirky name was borne by four unrelated Marvel Comics characters, and it's also the name of the professional basketball team based in Memphis, Tennessee.

Not many fish names catch on for babies, but Pike is also a notable surname: borne by British actress Rosamund and controversial 19th century explorer Zebulon, who gave his name to the Pike National Forest in Colorado and Pikes Peak in the Rocky Mountains.

Emma Waterhouse joined the team in 2017, writing about everything from the baby names to watch in 2022 to how not to choose the next big baby name. As Nameberry's head moderator, she also helps to keep our active forums community ticking. A linguist by background, Emma speaks several languages and lives in England's smallest county with her husband and four young children. You can reach her at emma@nameberry.com.