What the Name Sage Knows: Ten Secrets to Loving Your Child's Name 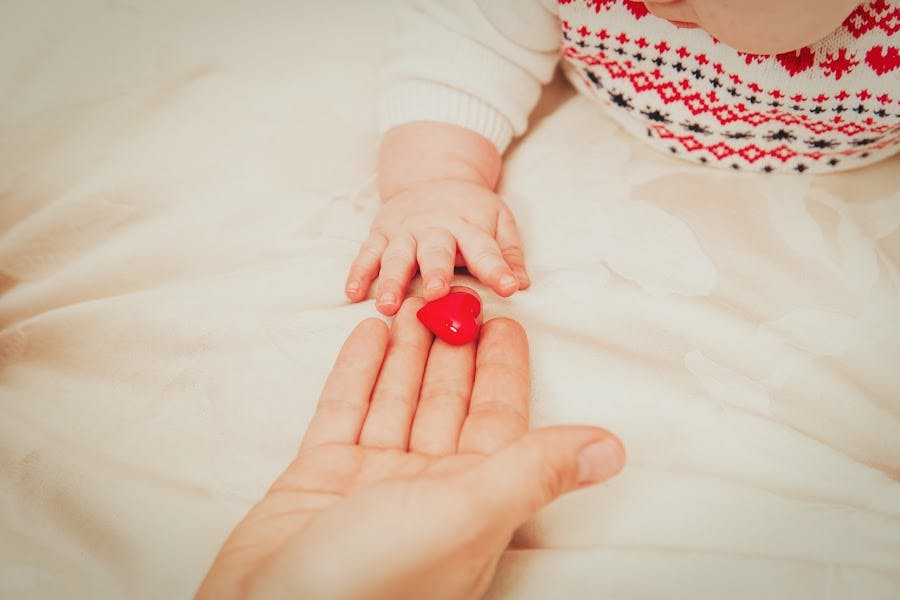 Nameberry has been happy to host Abby Sandel's Name Sage column and to bring our visitors her wise naming advice for several years now. Here, Abby's accumulated naming wisdom (so far). Thank you, Abby, for your wonderful column.

The act of choosing a name is deceptively simple. Just a few blank lines on a birth certificate form, filled out with a ballpoint pen. After the emotional roller coaster of pregnancy and childbirth, it seems like it ought to be the easy part.

But anyone who has named a child knows that the decision is fraught with uncertainty. Everyone has an opinion - and they’re only too happy to tell you that your Ava will be one in a crowd, or Gideon will hate you forever for saddling him with that name.

I’ve had the privilege of helping thousands of parents choose a name for their child, many of them as Nameberry’s Name Sage. Today marks my very last Name Sage column for Nameberry.

Before I sign off, it’s time to share some of my accumulated wisdom. I’m sharing nine practical tips for choosing a name you’ll love, and one that matters most of all.

TEN: Think about your own name first.

If you’re a Kristen who has grown weary of introducing yourself as K-R-I-S-T-E-N, naming your daughter Madeline is not going to go well. When your husband tells you he didn’t like growing up as the only Alfred under the age of 85, understand that he probably won’t want to name your firstborn Cedric.

NINE: It’s okay to be boring.

If John is your beloved grandfather and your husband’s favorite uncle, then that is the perfect name for your son. Even if he’ll grow up with friends called Phoenix and Maverick.The classics endure, and the meaning behind a favorite name matters.

EIGHT: … and it’s okay to shock your mama.

Maybe a name like Phoenix or Maverick is at the top of your list, and grandma is, well, stunned. Remember that names really do change every generation. Cody, Kayla, and Tyler were normal picks for 90s babies, but none of them rank in the US Top 100 now. She’ll love her grandchild, even if she never quite embraces the name. (Really. I adore my mom, and promise that she loves her grandchildren beyond reason. But I’m pretty sure she thinks at least five out of six of their names could use some work.)

No, you shouldn’t skip naming your daughter Persephone because your father-in-law thinks it’s weird. But it can be a kindness to give up the name Persephone if it’s also your sister’s favorite. And she’s expecting. It’s a girl. Due this month. Nameberry’s database alone holds over 70,000 possibilities, but that relationship with your sister and niece? It’s irreplaceable and one-of-one.

So you prioritize relationships over names, but now you’ve agreed to use a family middle that isn’t great. If you focus solely on style, it’s a letdown. But if you think about how that choice connects your child to people who love him? It can make an awkward middle shine.

FIVE: It sounds bananas, but consider your child’s future siblings.

I’m not saying you need a highly curated list of seven names for future children, plus six for the dogs and cats. (Though I have one, and maybe you do, too!) Just consider that any choice you make for this child inevitably closes the door to future decisions. When we welcomed a Clio, it meant we’d never have a Theo. If you’d much rather save Josephine for a daughter, then maybe this baby shouldn’t be Joseph.

FOUR: Build in some balance.

Whether your child’s name is the evergreen Elizabeth or the surprising Avalon, consider balancing out her full name. Elizabeth Riley is a little more memorable than Elizabeth Ann, while Avalon Grace might be a better mix of the daring and the familiar than Avalon Amalthea.

THREE: Know that you probably won’t make a mistake.

We put so much effort into choosing our children’s names that it can be tough to believe we’re getting it right. But most of us do! It’s important to recognize when we’ve narrowed our list to several strong choices. The tools on this site are here to debate Margaret versus Margot with you, of course! But know that both names will serve your daughter well, even if you’re feeling uncertain.

TWO: Children take over the process of naming themselves - quickly!

Just like shoe-tying, homework-checking, and carpool-driving, naming is a job that ends before we know it. Children choose their own nicknames, or insist that they’re Olivia, thanks, not Livie. Factor in friends and teammates, and suddenly your sweet little Henry is answering to Hank during baseball games - even though it had never crossed your mind to use a nickname.

And the most important secret of them all ...

ONE: The real joy comes after.

Maybe you were able to use that obscure gem you’ve always loved. Or maybe you compromised on a traditional family name, or chose your partner’s long-time favorite.

No matter what, hearing your child’s name called - on the playground, for kindergarten graduation, when the other parents cheer for his goal during the soccer game - is a thrill.

Looking at the blank space, waiting to fill in your child’s life-long name, can feel like so much pressure.

What if this decision burdens my child’s future?

But now he’s in high school. I’ve experienced the absolute joy of seeing his name become part of him in so many ways. On the back of a hockey jersey, on his 8th grade diploma, when his name appears in my contacts. (Because he’s texting me to remind me he needs money for SAT registration, of course.)

I obsessed over his sister’s name, and got it exactly right.

Surprisingly, the thrill is identical.

Seeing that long-considered name scrawled in crayon at the corner of a million works of art or Sharpied on her water bottle for soccer practice. When another parent says, “You’re Clio’s mom, right?”

Our children will fully occupy their names. And as we love them, the name transforms from “my all-time #1 combination for a daughter” to “the name of my beloved child.”

It’s why putting thought and care into choosing a name we love matters, of course. But it’s also good to remember that our love for the name will only grow as our children do.

Thanks to this amazing community for so much love and support across the years, and special thanks to Linda and Pam. Find me at appellationmountain.net going forward, and look for news about my new project, coming early in 2022!