Twin Baby Names: Our advice for for the stars 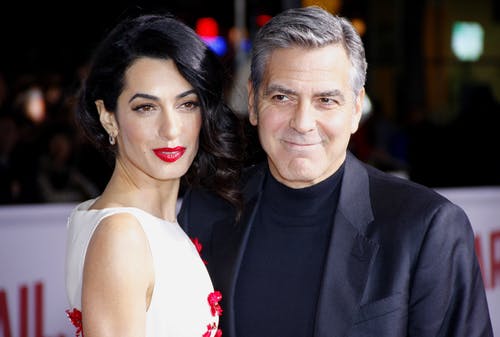 Twin names advice is on demand in Hollywood right now.

Naming twins offers double the opportunity to use your favorite names, but it also multiplies the potential challenges. Rhyming pairs like Stacey and Tracey, Phil and Bill are (hopefully) a thing of the past. Instead, parents should seek to balance both names, creating a harmonious pair. After all, that’s exactly what most parents would wish for the twins themselves!

Here’s our best twin names advice for Amal, Beyonce, and any other parents facing this happy challenge of choosing the perfect twin names.

Avoid names that are too close. Emma and Emmett, Freddie and Teddy, or Lily and Rose all seem much too cute together, and likely to cause confusion. Sharing a first initial can work, assuming the names are clearly distinct, but different-initial names might be best approach.

Play fair with family names. If you’d always planned to name a son after your dad, make sure that his twin has a family name, too. Knox Leon and Vivienne Marcheline Jolie–Pitt are a great example – his first comes from dad’s side, while her middle honors her maternal grandmother.

Consider gender. Today parents often prefer to choose names they love without considering gender. But twins named Mason and Logan – when Mason is a girl and Logan a boy – might cause more confusion that it’s worth. Harper and Logan make a better pair.

Keep the style consistent. Arabella and Nathaniel are great together. So are Jax and Paisley. But twins named Jax and Arabella? That’s a mismatch. One is short and modern; the other, elaborate and storied. They don’t sound like siblings, and certainly not like twins.

Link via meaning. If you are eager to connect your children’s names, consider a subtle approach. Shared meanings make duos like Zoe and Liv – both mean life – especially appealing. Word is that Madonna’s twins are named Esther and Stella, another good example of the approach.

Keep both names equally familiar/out-there. Bold baby names are great, but if one daughter is Ophelia, her twin probably shouldn’t be Abigail. The opposite is true, too. Jensen Ackles is dad to twins Zeppelin and Arrow, two names equally out-there.

Twin Names for the Clooneys

And now, some names for George and Amal Clooney to consider. Word is that they’re expecting a daughter and a son, so we’re focusing on girl-boy combinations.

Ada & Zaid – His sister and her half-bro’s names.

Augusta & Hugh – He graduated from Augusta High School in Kentucky; she earned her undergraduate degree from St. Hugh’s College, Oxford.

Constance & Granger – Constance is a virtue name, just like Amal, which means hope. Granger is an occupational surname for a farmer. George means farmer, too.