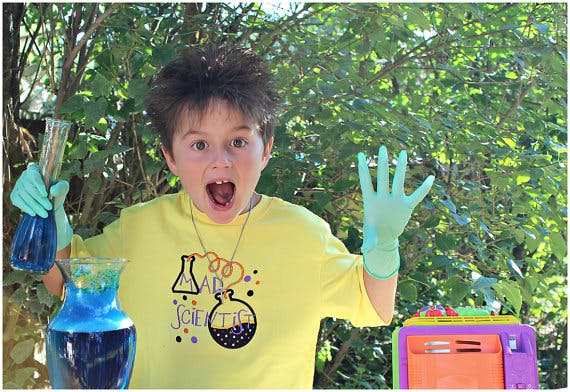 Everyone loves a freshly hatched word name or a fledgling celebrity baby name, and many of us appreciate names that stem from flowers, trees, and animals.  But for the true biophile, the bug-sketching natural philosopher or the biochemistry disciple who chops thale cress in the lab?  Here are some worthy tribute names for the lovers of the life sciences.

Rosalind Franklin was an X-ray crystallographer and unsung hero of molecular biology, and her diffraction patterns gave competitor-colleagues James Watson and Francis Crick crucial insight on the three-dimensional structure of DNA.  Her death at age 37 disqualified her for the 1962 Nobel Prize for Medicine. The meaning of Rosalind is as prepossessing as Dr. Franklin’s acclaimed x-ray photographs – “pretty rose”.

Jane is a true classic, not only in the English-speaking world of names but also in conservation biology.  Goodall’s observations on chimpanzee behavior have done much to promote empathy toward animals.

The name of the childhood toy chimpanzee that inspired her enthusiasm for animals was Jubilee, and later, one of her favorite female chimps she dubbed Gremlin. Gremlin may not be the next great classic for a baby girl, but other renowned conservationists with classic names will inspire: Helen Beatrix Potter and Rachel Carson.

Born in the mid-1990’s at the Roslin Institute in Edinburgh, Dolly the Finn Dorset sheep may have generated the most controversy ever associated with a breast. She was named after Dolly Parton, patron saint of mammary glands (it was a sheep’s mammary gland cell that provided the nucleus used for transfer).

Dolly was not the first cloned animal; rather, she was the first mammal to be cloned from a somatic cell of an adult. She went on to have six lambs: Bonnie, Sally, Rosie, Lucy, Darcy, and Cotton. The dyed-in-the-wool genetics buff will also love model organism name Thaliana (of Arabidopsis thaliana fame).

Linné was a Swedish botanist whose publication Systemae Naturae ultimately established a classification and binomial naming system for over 10,000 species. The twinflower genus Linnaea is named after him, too. The less-common spelling Linnaea is truer to the name’s botanical association and a bit more cumbersome, but Lindy could be a lithe nickname.

Some may worry about an association with Linea Nigra, which is a medical term for the dark line that appears on a woman’s belly during pregnancy, but Linnea’s American pronunciation (Li-NAY-uh) distinguishes the two.

It may sound silly (pun intended) at first, but this near-homonym of Silje has a similar sound and pleasing quality to Celia. While Silje is Norwegian for “musical” and Celia from the Latin for “heavenly,” Cilia’s literal meanings leave something to be desired (“short, hair-like projections”; the singular cilium is Latin for “eyelash”).

The importance of cilia in reproductive biology is huge, though. Without the movement of these organelles in the human fallopian tubes, the fertilized egg might not make its way through to embed in the uterine lining. Naming a twin sister Flagella might be taking things too far…

A tropical ichthyologist with an interest in sharks and poisonous fish. A pioneer of field research via scuba diving, she conducted studies in the Marianas Islands, the Caroline Islands, and other exotic locales. Dr. Clark chronicled her shark-chasing experiences in Lady With a Spear (1951) and lived to be 91. With the popularity of Claire and the cool novelty of Lark, could her surname Clark work on a girl?

A science underdog who became a Nobel Laureate. Watson (James Dewey) and Crick have been household names ever since authoring a 1953 Nature paper that remains a blockbuster.  The pair, along with Maurice Wilkins, is credited with deducing the double-helical structure of DNA and elegantly solving a series of long-standing bio-mysteries.

However ingenious their interpretations, their discovery would not have been possible without the work of Erwin Chargaff, Rosalind Franklin, Raymond Gosling, Linus Pauling, and others. Francis Sellers Collins, director of the National Institutes of Health, is another marquee name in genetics.

A celebrated natural historian and archaeologist who worked at Olduvai Gorge, a major fossil site for remains of early humans. Olduvai could be a good choice for parents who like an Old-Testament-y feel (as with Levi or Obadiah) but are also inspired by the sciences.  Olduvai is “Oldupai” (Maasai word for the area’s ubiquitous sisal plant) misspelled. See also: Louis Pasteur, “father of microbiology”.

Born Juan Carlos Finlay, he was a Cuban physician-scientist and public health officer who practiced in Havana during the cholera and yellow fever epidemics of the mid-1800’s.  With American Drs. Walter Reed, Jesse Lazear, James Carroll, and Aristides Agramonte, Finlay investigated yellow fever (“Yellow Jack”) etiology. His mosquito hypothesis was proven after two decades of work; ultimately, a vaccine was developed. Could Reed, Jesse or Carroll come back for the boys?

Not a formally-trained scientist, but his cartoons of anthropomorphic animals, plants, and insects helped children of the nineties fall in love with biology. A biting louse, S. garylarsoni, was named after him, as were butterfly and beetle species. With names befitting his gawky human characters, Larson’s parents were Verner and Doris.

Botanist, pea plant propagator, and first geneticist. While at St. Thomas’s Abbey, Mendel switched from mouse to plant studies because his watching the animals have sex didn’t fly with his bishop. In this case, abstinence made the heart grow fonder for the name Gregor.

Peat bog scientist and correspondent of Darwin’s. He continued his father Matthias Blytt’s botany work at the University of Kristiania (named for King Christian IV) in Oslo, and published Essay on the Immigration of Norwegian Flora in 1876.  See also: paradigm shatterer Charles Darwin, his naturalist co-author Alfred Russel Wallace, and the comparative anatomist Thomas Huxley.

Laurel B. Miller doesn’t know what’s causing all these babies and somebody should probably explain it to her. She lives in Coastal Central CA with her husband and six kids. She loves reading, baby names, and playing in the pool. Her blog can be found at letterstoauntkay.com.

View all of Laurel B. Miller's articles