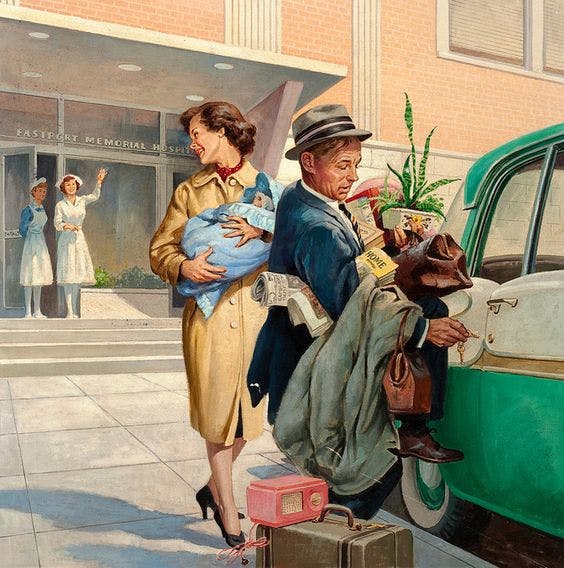 A new year, and a fresh roster of beautifully chosen New Year names.

First of all, two sets of twins announced in January, one pair for each gender:

We continue to see a profusion of nature names, some inspired by their parents’ love of the great outdoors: River, Cypress, Snow, Juniper, Poppy, and Arbor, plus the perennials Rose and Violet. And check out some of the really imaginative and impressive sibsets.

“Ariadne has been my favourite name for many years, and we will be calling her Arya for short. Linnea honours my love of botany and my husband’s Scandinavian heritage, and River represents the important connection to nature that my husband and I share.”

“Cypress is a tree, like her brother Rowan James’s first name, and Natalia means ‘born at Christmas’, which we loved for its reference to her due date, which was Christmas day.”

“At first we were set on sticking to our theme of “M” and “E” names, but none of them felt like her. Marianne is after Leonard Cohen’s beautiful song.”

“She looks very Italian, so we had to go with Francesca for her first Name! Plus, the name honors so many important family members on both sides: my dad (Francesco), uncle, late father-in-law, my husband’s grandfather (all named Frank), and my great-grandmother, Francesca. We plan on calling her Frankie, but we’re open to her full name or other nickname she may prefer as she gets older. There was a lot of debate about her middle names because the flow isn’t great and it’s basically a Japanese cartoon style, but my husband’s favorite person in the world was his aunt Anna May, and we decided that honoring her trumped the other issues.”

“We changed our minds daily on what her name would be but finally rediscovered Margaret, which was our original choice for our first daughter. We finally have our Margaret.”

“We chose the spelling of her middle name because she is half Chinese.”

“Like his older brother and sisters, he’s got a middle name starting with L, and like the younger three, his name references space.”

“Nameberry gave us so many ideas, but we ultimately used Maclean as a nod to our outdoor-loving families (Norman Maclean, author of “A River Runs Through it and Other Stories” was our inspiration). We often shorten it to Mac!”

“We went with Quentin obviously because he is our fifth one, Theodore is a family name.”

“Our names are always inspired by art, literature, family and above all nature.”

“Viggo was the name given to the youngest, most handsome boy on a Viking ship. Paul: he shares his middle name with each of his grandfathers. It means he also has a Christian middle like his brothers. Christie: My maiden. We wanted this in there as a strong tie to a strong, much loved, much admired family, so he’s got two middle names.”

“After waiting a couple of days to try out our frontrunners and think about how uncommon we wanted to be, we went with our 1st choice…Lincoln was a different style of name in case our son doesn’t like his first name, and we figure that he has at least 3 other nicknames he can go by—Zak, Link or Cole. I used the second middle—Arbor—to honor my grandfather Arthur. We didn’t like the name Arthur, but the sound of Arbor is similar, and we love the meaning.”

Do you have a favorite name, first and middle combo, or sibset?