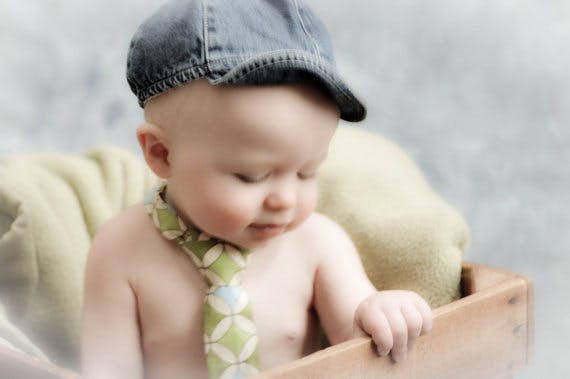 A couple of weeks ago, we looked at the favorite girls’ names on a Nameberry Message Board thread–led by the lovely Beatrix, Penelope and Clementine–and now it’s time to look over at the boys’ side.

The most striking result is the strong showing for the good old traditional, timeless classics, with many votes for William, Henry, Charles, James, Edward, Joseph, George, and Thomas, and a resurgence of interest in Theodore (#2!–perhaps because of the popularity of nickname Theo), Frederick, and Peter.  Does this mean that parents are still (or once again) looking at safer, more conservative choices for their sons than their daughters?  Is it somehow a reflection of the cloudy economic climate?

Some smaller trends noted: a preponderance of names starting with the vowel E—Elliot (in its various spellings), Edward, Emmett, Everett, Ethan, Ezra, Elias; and the characteristic nameberry love of some quirkier choices, several not found in the Top 500 of the Social Security list–Gideon, Amos, Emmett, Dexter, Atticus, Asa, Harvey, Callum and Cullen–and some not even on the list at all–Dashiell, Archer, Malachy, Laszlo, Ambrose.  It takes time for the rest of the world to catch up!

So here, as of today, are your top choices:

As with the girls, we’ve also tallied up the names that have received the most 5-star ratings by visitors.  Here are the Top 25: