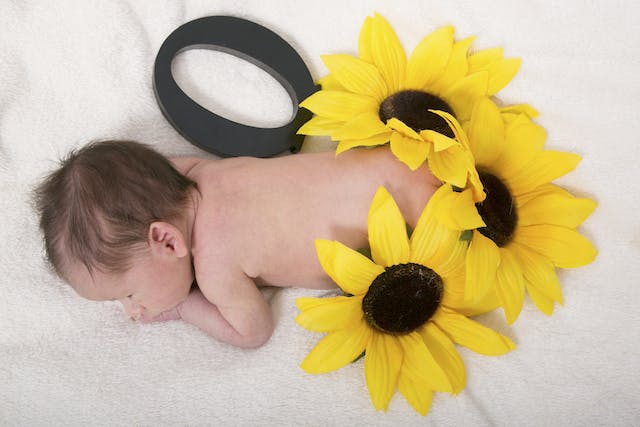 If you’re an American Idol devotee, you might remember Season Two’s Kimberly Caldwell. Her music career hasn’t taken off, but Caldwell has remained in the public eye as a television host and sometimes actor. Now she’s added a new role to her repertoire: mom. She and soccer player husband Jordan Harvey have welcomed a daughter.

The daughter’s name? The rather repetitive Harlow Monroe. I thought I’d heard it before, but not so. The name I was thinking of was Marlowe Monroe, daughter of actress Jenna von Oÿ, born late last year.

What’s clear is that o ending names for girls are a significant trend. Many of the possibilities are nature names like Willow and Sparrow (included in last week’s news) or vintage picks like Margot and Cleo.

But plenty of the names are surname choices, names borrowed from the boys, or ones that defy easy categorization.

Let’s take a look at the names leading the way, and a few others that could catch on:

Harlow – Nicole Richie and Joel Madden named their daughter Harlow Winter Kate early in 2008. Harlow immediately increased in use. (Winter, too!) It’s one of only two names on this week’s list currently ranked in the girls’ US Top 1000, and the most popular, at Number 508. Harlow owes something to that bright ‘o’ ending, and something to her similarity to the literary surname name of the moment, Harper.

Marlowe – Take Harlow, trade the H for an M, add an ‘e’ and you’ll have Marlowe, a fast-rising possibility still outside of the US Top 1000, but probably not for long. Could Marlowe be the new Mackenzie? With plenty of high profile uses and multiple spellings, it seems possible.

Monroe – Harlow brings to mind 1930s-era blonde bombshell Jean Harlow. Fast-forward twenty years, and the fair-haired Hollywood star of the era was Marilyn Monroe. Mariah Carey, a long-time fan of the actress, named one of her twins Monroe in 2011. As with Harlow, Monroe quickly caught on, and currently stands at #787.

Winslow – Are there any other surnames ending in –ow besides Harlow and Marlowe? As it happens, there’s one that could work beautifully for a daughter: Winslow. It shortens to retro nickname name Winnie, and picks up on the Harlow/Monroe trend. It’s a super-early starbaby name, too. Back in the 1970s, Gretchen Corbett, known for The Rockford Files then and Portlandia now, borrowed the surname from her family tree for a daughter.

Marlo – No, it’s not déjà vu. We covered Marlowe earlier, but I feel like Marlo deserves a separate place on the list. Marlo peaked back in 1970, thanks to Margaret “Marlo” Thomas, star of late 1960s television favorite That Girl. Marlo might sound like Marlowe, but it has a very different vibe – more like retro Margot than modern Monroe. It’s a good compromise possibility.

Kahlo – My favorite ends-in-o surname name for a girl is a hero name: Kahlo, as in Mexican artist Frida. If we can name children after (John) Lennon and (Michael) Jordan, why not Frida Kahlo?

Domino – Domino can be an Italian surname from the Latin dominus – lord, but that’s probably not why it’s sometimes heard as a girls’ name. Instead, credit seems to go to the silver screen. In 1983, Kim Basinger played Bond girl Domino Petacchi in Never Say Never Again, and the name was first given to five girls. (In the Ian Fleming novel, Domino was a nickname for Dominetta.) A second boost came when Keira Knightley played model-turned-bounty hunter Domino Harvey in a 2005 biopic. It’s an edgy, unexpected possibility.

Snow – Is this a nature name? Borrowed from a Disney Princess? Or inspired by Game of Thrones, where it is a surname name? It’s hard to say, but what’s certain is that 77 girls were given the name in 2014 – a new high.

Beau – It’s easy to see why Beau on a girl might raise a few eyebrows. It literally means handsome, the masculine equivalent of Belle. And the 45 girls given the name in 2014 were a fraction of the over 1,600 boys. And yet, it’s easy to imagine a girl or boy Beau inspired by surnames like Beauregard and Beauchamp. Actress Sarah Jane Morris welcomed Beau Katherine last year.

What’s your favorite ends-in- name for a girl? Do you like any of the surname style choices?