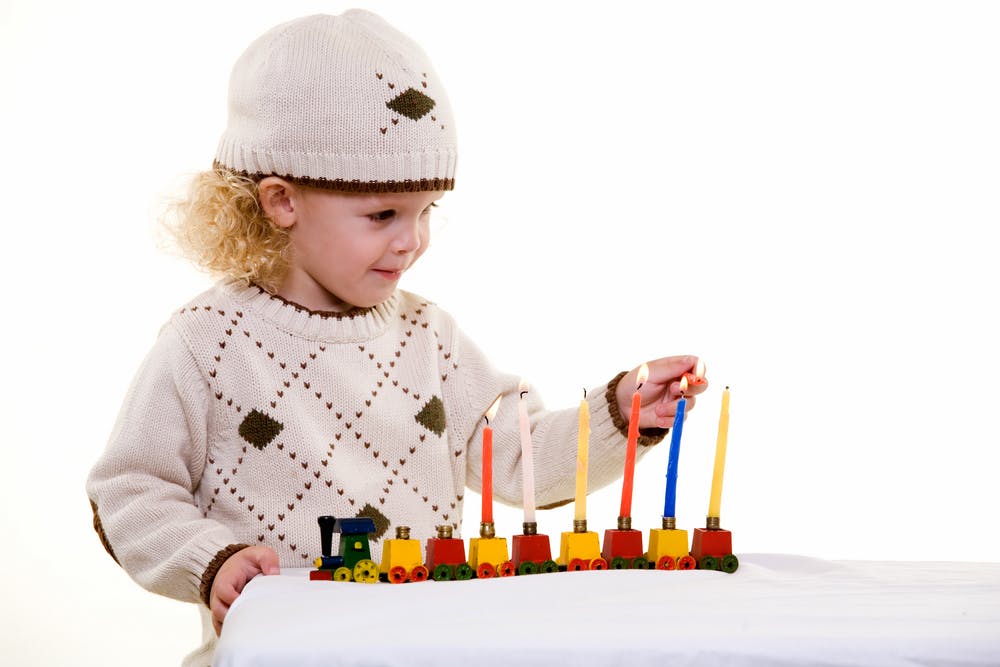 We recently posted a blog about modern Hebrew names used in Israel; now, on the eve of Hanukkah, we turn to our Israeli correspondent Hannah Katsman, for a little history of the holiday and eight traditional names—one for each day of the holiday– that are still popular, with their standing on the latest lists.

This year, the Jewish holiday of Hanukkah falls on Sunday evening, December 6th, and continues until nightfall on Monday, December 13.

Hanukkah celebrates the victory of the Jewish people, led by the Maccabee family, over the Greeks who had defiled the Holy Temple in Jerusalem. According to tradition, only one bottle of pure oil was found to light the menorah (candelabra), yet it miraculously lasted for eight nights. Hanukkah also commemorates the spiritual victory over the materialistic, Hellenistic culture.  Traditional foods include potato pancakes and jelly doughnuts, both fried in oil.

With eight nights of candle-lighting, we have eight chances to choose a terrific Hanukkah name.

In honor of the holiday, here are eight popular Israeli baby name ideas. The numbers reflect the popularity in Israel for boys or girls in 2013 (this list is not updated very frequently).

Meaning: God gives. The two variations of this name make it one of the most popular name in Israel.  Jonathan was one of the five Maccabee brothers, as well as the son of King Saul in the book of Samuel.

Meaning: Praise. It recalls the special prayers recited each day of Hanukkah in the synagogue.

Judah was the leader of the Maccabee brothers, and the son of Jacob in the book of Genesis. The word Judaism comes from Judah, and the feminine version, Yehudit, means Jewish in Hebrew. According to the Apocryphal book that bears hers name, Yehudit killed a Greek general after putting him to sleep with warm milk. The rabbis associate this story, with some differences, with Hanukkah and some communities prepare dairy dishes during the holiday.

Meaning: Halo, as surrounding a flame.

Meaning: Thanks to God. This name is especially popular in religious circles.

Meaning: My light. With boys, some use the pronunciation OO-ree__, which is spelled the same but is short for Uriah, meaning the light of God.

Meaning: light in Aramaic. Nehorai has been a surprising trend that is losing popularity.

Have a wonderful holiday! If you’d like to learn more about Israeli names, check out my website A Mother in Israel.

Hannah Katsman is a mother of six, writer and lactation consultant from Cincinnati, Ohio.  She blogs at A Mother in Israel on parenting issues in Israel, where she has lived since 1990.  On Cooking Manager, she shares ideas on fast and healthy home cooking.