From Mary to Isabella: Baby names get longer and longer 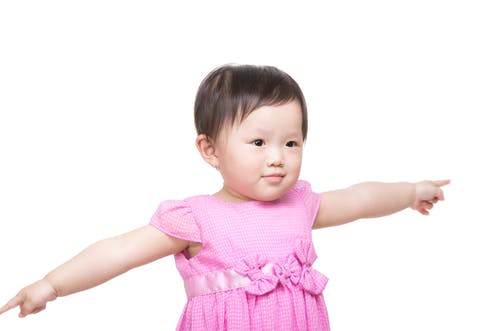 Baby-name fads have come and gone over the decades, but one trend has held true: Names are getting longer.

A hundred years ago, boys’ names were typically less than two syllables. John, James, George and Frank were all popular picks, and there were no three-syllable names anywhere in the top 20.

In recent decades, that changed. Three- and four-syllable choices like Alexander, Nicholas, Joshua and Christopher surged in popularity, turning America‘s baby names into more of a mouthful.

Girls’ names, meanwhile, have gotten even longer. A Top 20 female name had an average syllable count of 2.75 last year. That compares with 2.05 in the 1880s.

Three-syllable girls’ names have ruled the roost over the past half-century:  Jennifer, Jessica, Emily and now Sophia. Compare that with the name that dominated the charts for the first part of the 20th century: Mary.

Names have also gotten longer when measured by letter count, though that trend is less pronounced. Popular boys’ names were 5.7 letters on average in the 1880s. They topped out at 6.3 in the 1980s before retreating to 5.95 last year.

Apparently the excess of the 1980s wasn’t just about cocaine and shoulder pads; parents also were giving their kids oversized names. (Think: S-T-E-P-H-A-N-I-E.) By 2013, girl’s letter counts had slipped back down to 5.85.

What’s the significance of all this? Well, it probably means your name has more syllables than your mother or father’s name — and that your child will have a longer one than yours.

I suppose it also could threaten America‘s productivity. If we have to shout three or four syllables across the cubicle wall to get a co-worker’s attention, imagine all the time we’ll be wasting. (Fortunately, “Hey, you” is always effective.)

But I’m not going to worry about that here. I’d rather examine (a) the reasons behind America‘s name bloat, and (b) whether parents selecting names for their kids should even care.

First off, why is this happening? There are at least three reasons I can discern.

1. A search for glamour. Let’s face it: Sophia and Isabella have a lot more pizzazz than Mary. (And I’m a fan of Mary.) Other short names that were popular a hundred years ago, such as Ruth, feel drab to modern ears. Grace is still common as a middle name, but it seems to have lost its mojo as a first.

It’s not that biblical names have fallen out of favor (Noah is No. 1 for boys right now). But the old Catholic-school favorites of yore have given way to livelier (and longer) choices.

2. Longer names are perceived to have more gravitas. Many parents are hesitant to stamp their kids with something that sounds like a nickname. So even if they love the name Jack, they’ll choose Jackson for the birth certificate. (Jackson currently ranks 16th, while Jack is barely in the top 40. That wasn’t the case a hundred years ago, when most Jacks were either Johns using a nickname or called Jack outright.)

3. Spanish, Greek and Italian variants have eclipsed English and French versions of names. Sophia and Sofia are both in the top 10, but two-syllable Sophie (the French spelling) is all the way down at No. 76. A century ago, Sophie was the more common name in the United States.

For whatever reason — partly changing demographics but also evolving aesthetics — Americans now prefer the Spanish/Italian suffix “-a.” That means Isabella is much more popular than Isabel/Isabelle, and Olivia is head-and-shoulders above Olive. And it means names have more syllables than before. (Isabella and Olivia check in at a whopping four apiece.)

Maria also outranks Mary, though neither name is tearing up the charts currently.

One name that’s bucking the trend is Alice. It has overtaken Alicia, which largely ran its course in the 1980 and ’90s, and continues to rise in the rankings.

That brings me to advice for parents seeking to navigate this world of supersized names.

Obviously, you should choose something that feels right to you, regardless of how long or short it is (I was just joking about your child’s name bringing the U.S. economy to a grinding halt).

You may want to think about syllable variation too. If the child’s middle and last names will have one syllable each, I would advise picking a different number for the first.

But I also wouldn’t shy away from a short name. The syllable-swelling trend will eventually reverse course, and you could be at the front of the pack.

Anne is beautiful. It doesn’t have to be Anna (it also lets you sidestep the debate over whether to pronounce it “Aw-na” like the Frozen character).

Jane is a gem that’s due for a comeback. It has the plain-Jane reputation, but these days it’s anything but common. (It currently ranks 355th, below Journey and Briella.)

Rose is another shorty that deserves better than middle-name status.

And if you’re partial to Olivia, at least try seeing how Olive feels on your tongue.

For boys, Jude and Cole are nice less-is-more options.

Finally, if you like the name Jack — be a rebel — just name the kid Jack.

Nick Turner is a writer and editor living in New York City (by way of San Francisco). He and his wife have successfully named three kids. Follow him on Twitter at @SFNick.