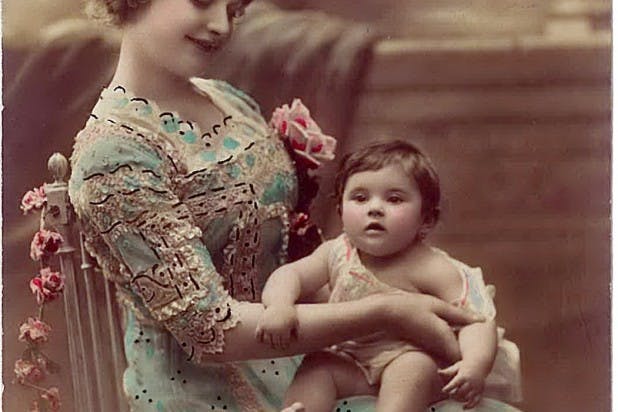 When the new US popularity data comes out, we all look for certain things. Are we still giving our babies for Game of Thrones names? (Most certainly yes.) How about the royal family? (Meghan, I’m looking at you.)

But there’s a quieter trend to watch, something that happens in the 1910s and the 1950s, and one that we still see today: classic baby names cycle in – and out – of fashion.

That sounds counter-intuitive. Classics are evergreen, right? While a handful of names, like Elizabeth and James, really never do fall out of favor, the truth is more complicated. Former girls’ chart-topper Mary now languishes well outside of the Top 100. Jackson is more popular than John. And the Top Ten names of a century ago – think Helen, Edward, Frank, and Ruth – feel traditional, but not necessarily stylish, by 2019 standards.

On the other hand, plenty of names that qualify as classic favorites are rising in use today.

These names might offer parents the best of both worlds. They feel fresh, even different – and yet they’re instantly familiar, too.

CLASSIC GIRL NAMES ON THE RISE

Ann – We love Anna and Annabelle, but lately spare, simple Ann had fallen so far it didn’t make last year’s Top 1000! It’s risen in use just enough to rejoin the rankings at Number 983, the perfect minimalist name for parents after something simple, but rich with history, too.

Antonella – Anthony is falling for boys, but this Italian feminine form has nearly doubled in use in just two years. Move over, Isabella – it’s the new romance language classic for the next generation. It now ranks Number 468.

Esther – A long-time Top 100 staple, Esther fell out of favor in the 1940s. Today, that’s changing. The Biblical heroine’s name sounds strong, serious, and just slightly unexpected, too. The meaning – star – is another bonus. Esther gained a dozen places to rank Number 153.

Mae – Long a nickname for Mary or Margaret, Mae stands on its own, too. It’s a vintage name that feels right at home in the twenty-first century. It jumped nearly 100 spots to Number 554 in the most recent data.

Helena – The Latinate form of Helen, there’s something elaborate and romantic about Helena. One challenge: is it pronounced HEL-eh-na, hel-AYN-ah, or hel-EEN-ah? No matter which sound you prefer, you might be hearing more of this name soon. It now stands at Number 458, up from Number 516 just one year earlier.

Joanna – It’s easy to miss Joanna, a choice quietly under the radar, a feminine form of John in use for ages. But Joanna reached Number 212 – the name’s highest ranking in twenty years. Johanna gained slightly, too.

Josephine – Speaking of Jo names, Josephine entered the US Top 100 for the first time in over seventy years. It now ranks Number 91. From Josephine Baker to Napoleon’s first wife, this name appears all over the history books – and soon, the playgrounds, too.

Rosalie and Rosalee – All the Rose names – think Rosalyn, Rosa, Roselyn, Rosemary – are enjoying a moment in the sun. Rosalee debuted in the US Top 1000 at #842 this year, while Rosalie climbed over two dozen places to Number 208.

CLASSIC BOY NAMES ON THE RISE

August and Augustine … but not Augustus – Two of the three August– names for boys posted double-digit gains this year. At Number 170, summery August appeals to parents seeking something with a traditional but modern vibe. Scholarly Augustine remains a little outside the mainstream, but rose nearly two dozen places to Number 761. Go-to nickname Gus is back in the US Top 1000 as an independent given name for the first time since the 1970s. It now ranks Number 994.

Benedict – With Benjamin ranking in the Top Ten, lots of other Ben names are attracting attention. And yet, choices like Bennett and Bentley feel more modern. Benedict is straight out of the history books, and Benedict Cumberbatch – better known as Sherlock Holmes or Doctor Strange – has made this a household name. No surprise it’s back in the Top 1000 at Number 981 after five decades’ absence.

Henry – In the 1980s, this former Top Ten pick was decidedly out-of-favor. It had become a grandpa name, defined by septuagenarian actor Henry Fonda’s Oscar-winning turn in On Golden Pond. And then something shifted, and Henry slowly returned to favor. Today the name is still rising, currently up to Number 16, prompting many to speculate it may be headed back to the US Top Ten in another year or two. It’s certainly among most stylish of classic boy names.

Lucas – A new member of the US Top Ten at Number 8, Lucas combines a traditional sound with a 21st century sensibility. Maybe that’s down to George Lucas – and Luke Skywalker. Speaking of Luke, it gained one spot to Number 29, while Luca and Luka gained in use, too.

Matias, Mateo, Mathias, and Matthias … but not Matthew – Most of the international spins on traditional Matthew fared well, with Mateo leading the pack at Number 37 and Matias at 196. Matthew, however, fell in use – even though it’s still the most common of the Mat– names.

Theodore and Theo – Long or short, this traditional name has transformed from overlooked classic to white hot favorite in just a few short years. At Number 44, Theodore is approaching an all-time high. And Theo is up to Number 243 – a record-high for the mini name.

Wallace – Wallace is back in the US Top 1000 at Number 879. Other Scottish names, like Lachlan and Callum, are catching on. Maybe Wallace – associated with a Scottish hero – is part of that trend. Or perhaps it’s just a fresh alternative to long-time favorites like William and James.

What are your favorite classic baby names? Are there any on the rise that you’d add to this list?