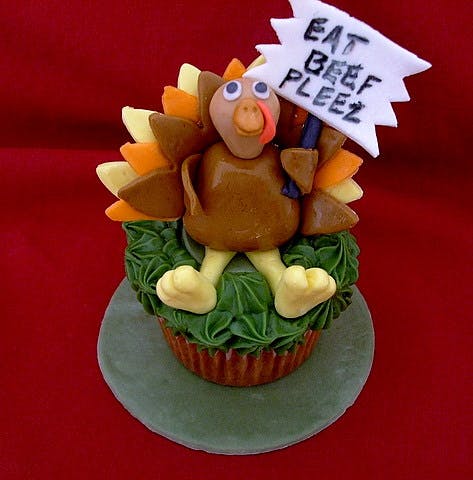 Not only is old Tom Turkey again making his annual  holiday sacrifice, but the poor guy has also had to bear the shame of seeing his name slide down the popularity list, now being out of the Top 50 for probably the first time ever in this country.  Multiple Thomases arrived on the Mayflower, it was a favorite of the Colonists, and remained in or near the Top 10 boys’ names in America until 1966.

Now, in order to build back his self-esteem, and show what a proud heritage any baby Thomas would share, here are a few of the historical attributes of Tom.

BIBLICAL: The name Thomas, which in Aramaic means twin, wass first given to one of the Apostles, who was originally named Judas, in order to distinguish him from Jude and Judas Iscariot.  The expression Doubting Thomas arises from the fact that he refused to believe in Christ’s Resurrection until he had touched His wounds.

SAINTS: The expression every Tom, Dick and Harry is said to have been a result of the spread of the name in England due to people’s reverence for St. Thomas of Canterbury and the martyred Archbishop Thomas à Becket.  Also there were Sir Thomas More, Henry VIII’s Chancellor, a scholar and wit, and St. Thomas Aquinas, the 13th century Sicilian friar, considered the greatest thinker of the Middle Ages.